This year’s Cannes Film Festival has been a fashionista’s dream, as it’s delivered some of the best fashion moments of the year, so far. Actress Uma Thurman pulled out all the stops during the events closing ceremony in an adorable 1920s inspired look. And we can’t take our eyes off of her. The president of the Un Certain Regard jury and Kill Bill star is known for giving us a ton of edgy ensembles to fawn over. So honestly, we probably shouldn’t be so surprised that she killed this one.

The dress itself was made for a Parisian adventure. And Uma rocked it so perfectly. The star paired a sleek asymmetrical bob with the entire look, and we’re so obsessed. It’s edgy. It’s sexy. And the ensemble is something only she could rock so well.

We totally think this beauty won the entire night in her flapper getup.

Get a load of the fringe action all over Uma Thurman’s dress! 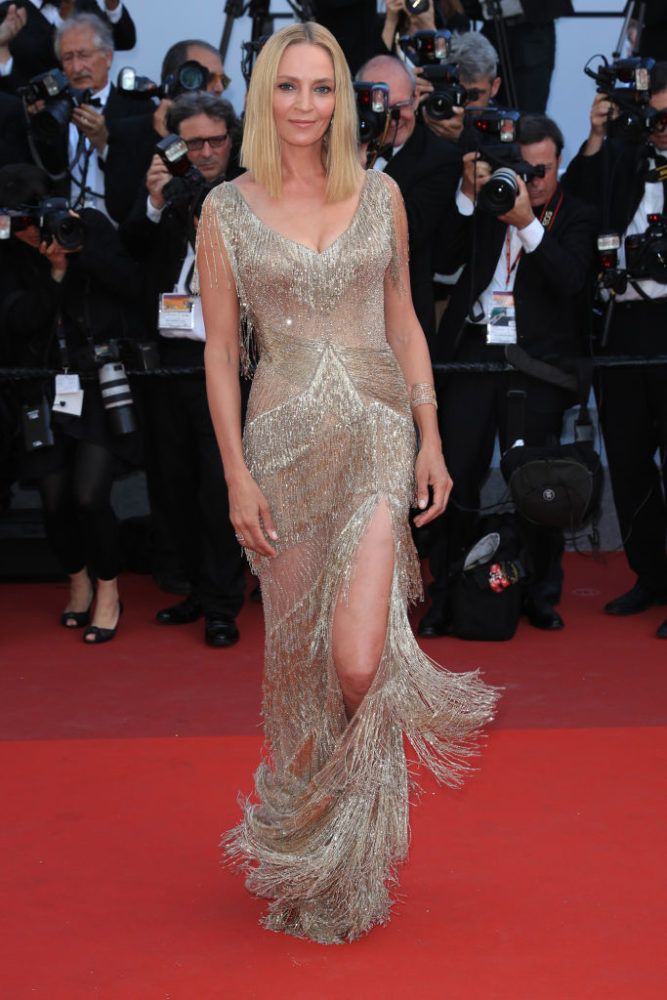 The floor length gown is giving us so much life, and watching this glamazon show off all of its details was seriously the best part of this whole thing. We can’t get enough of this fringe, and apparently she couldn’t either.

Even the dress’ sleeves and collar have so much movement!

But the back of the frock is the true show stopper, however. It’s seriously a work of art. 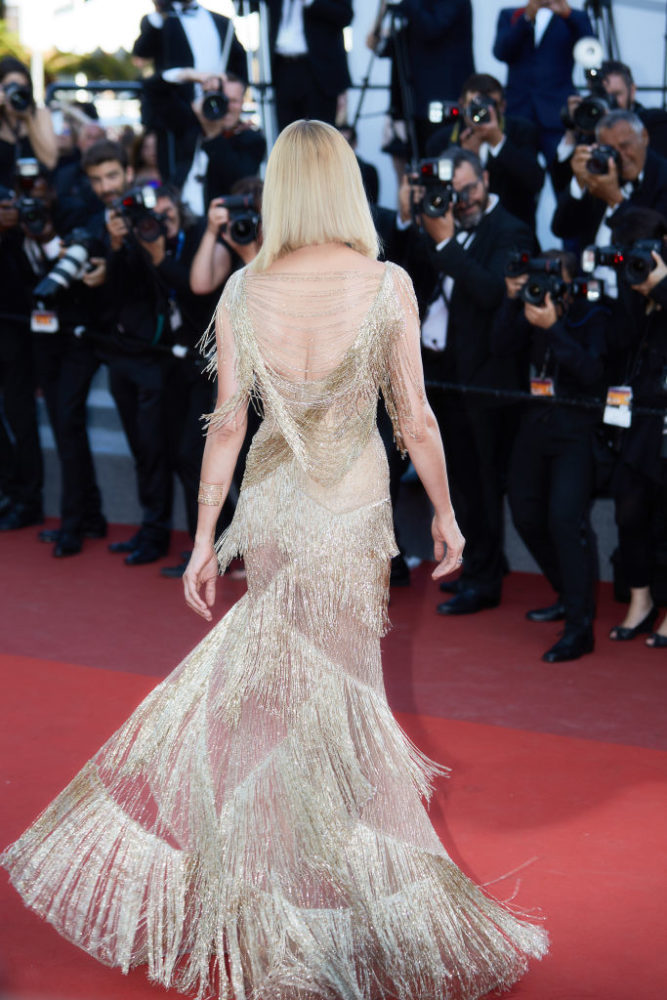 Who needs jewelry when the details of your dress are hanging so fiercely? The talented actress rocked a single, gold cuff on her forearm, and nothing else. And we totally think she made the right call. Her dress is making a statement all by itself. What it’s saying, exactly? Well, according to our imaginations, her sleek frock is belting “I’m a force to be reckoned with.”

Needless to say, we’re digging this 1920s look so much. Uma is giving off some serious fashion goals right now.