The world of fashion is a wild one, and this season’s Balenciaga menswear show proved just that. Inspired by young dads who hang at the park with their kids, Demna Gvasalia’s spring 2018 presentation had fathers and children hit the runway clad in baggy blazers, zip-away pants, and graphic raincoat hoodies. While the dad aesthetic was prevalent, there’s one look that may feel familiar for fans of Twin Peaks, The Revival.

That’s because the fifth look of the show was inspired by Dougie Jones, an iconic character played by Kyle MacLachlan. 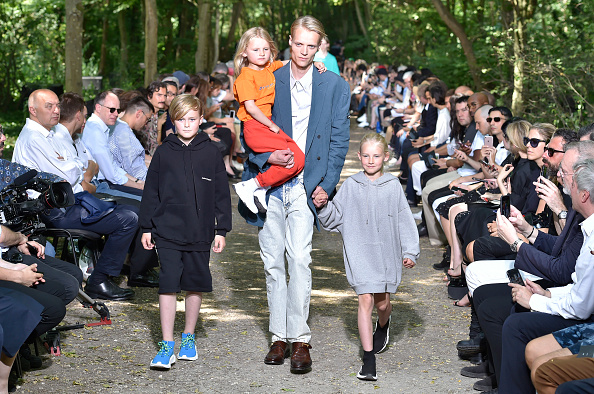 Dougie’s uniform consists of an olive-green blazer that’s at least two sizes too big, khakis that follow the same aesthetic, and brown leather shoes. Demna sent a similar look down the runway, swapping out the olive blazer for a dusty blue one, and the khakis for a pair of bleached light wash jeans, which are so “dad” it hurts.

And yes, there were actually children accompanying the model down the runway.

While Dougie wears a tie to the office, his version of casual is sans tie, which Demna nailed. And to make the scenario even more storybook-esque, Kyle himself sat front row, looking dapper as always. 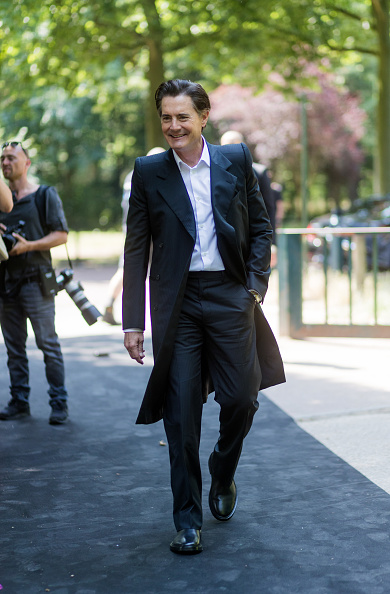 Dougie Jones may not have the most clean-cut style, we can’t say the same about Kyle, who looked super suave at the presentation in a black suit with a calf-grazing jacket.

It seems like Twin Peaks also inspired the location of the show, which took place in the woods. While we don’t see the Black Lodge anywhere, we still have our eyes out. After all, anything can happen in the world of Demna Gvasalia.