Here’s how Sam wants to die, if he’s going to die on “Game of Thrones”

So now if given the chance to decide their ultimate fate, the Game of Thrones cast has some pretty interesting ways as to how they want to go out — especially John Bradley, who plays the forever-lovable Sam.

Clearly, Bradley has spent a lot of time thinking about his own unavoidable death on Game of Thrones, and has actually crafted the best possible death for Sam. He wants to die, via books.

During the Game of Thrones panel at San Diego Comic-Con, panel moderator Rob McElhenney joked that Sam is going to have to be executed at some point. That’s when Bradley launched into his own ideal death on the show:

“How wonderful would it be, or how poetic justice…Sam has always been told that books are folly and nobody with any real common sense deals with books. He’s never been around this many books before [in the Old Town library], so he’s climbing up the bookshelf, to get a particularly artsy book from the top shelf, gets all the the way up there, and topples backwards, and pulls all of the books down on top of him.”

“Sam’s now trying to fight his way out of the books, that he’s loved all his whole life. It wasn’t battle that killed him, it was books.”

Bradley then went on to describe this scene just like the one of Jon Snow trying to fight his way out of the pile of dead bodies during “The Battle of the Bastards,” which is a HILARIOUS VISUAL. 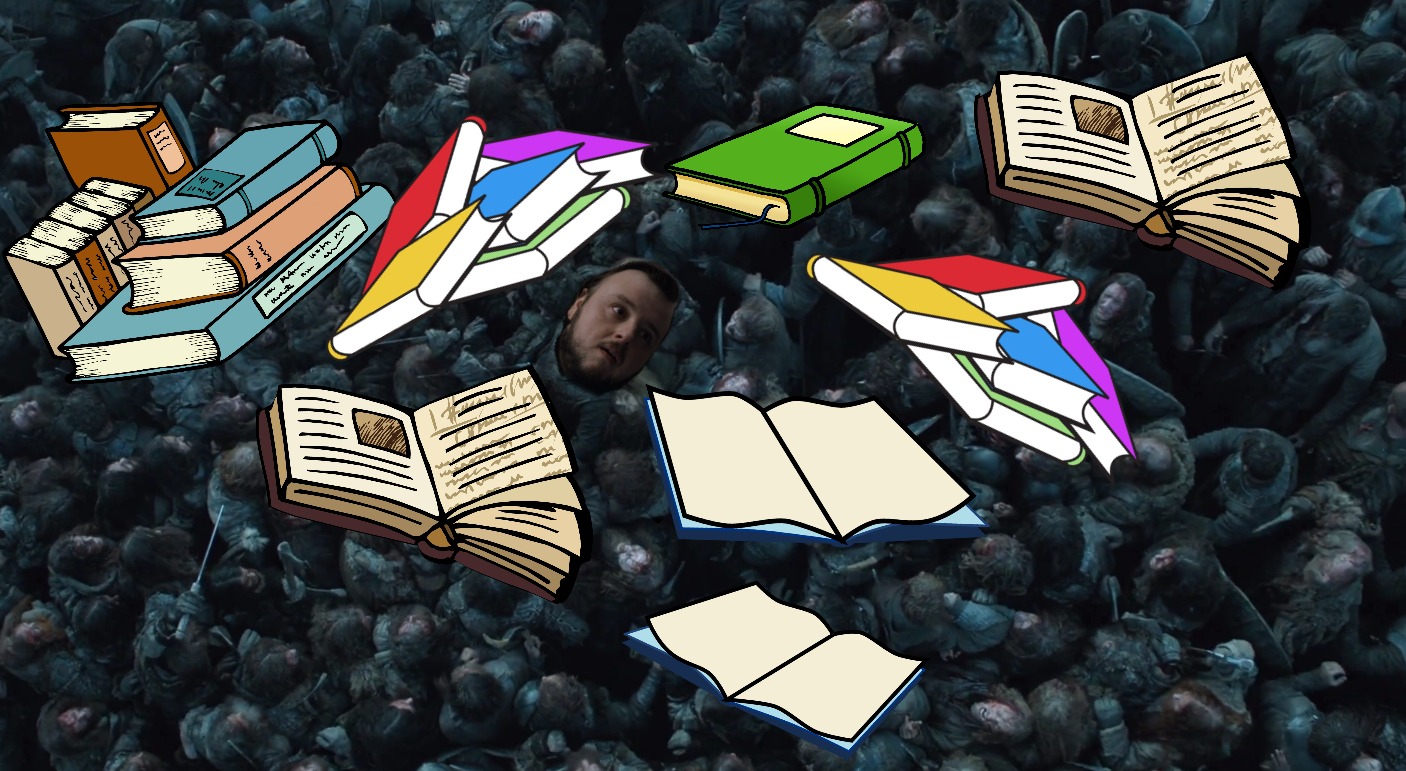 If Game of Thrones has some spare pocket change lying around, Sam slowly being buried under a pile of books would be something pretty great for the Season 6 DVD features. Just saying.

But please don’t really die like that, Sam. Gilly would be so upset.