Trump debuted a Game of Thrones-inspired poster of himself in a meeting, and it’s insane even for him

On January 2nd, the world officially got a lot weirder. As in, the president of the United States brought a Game of Thrones-inspired poster to a cabinet meeting and prominently displayed it on the table in front of him. The poster featured a photo of himself and the words “Sanctions Are Coming.” And you just gotta see it. 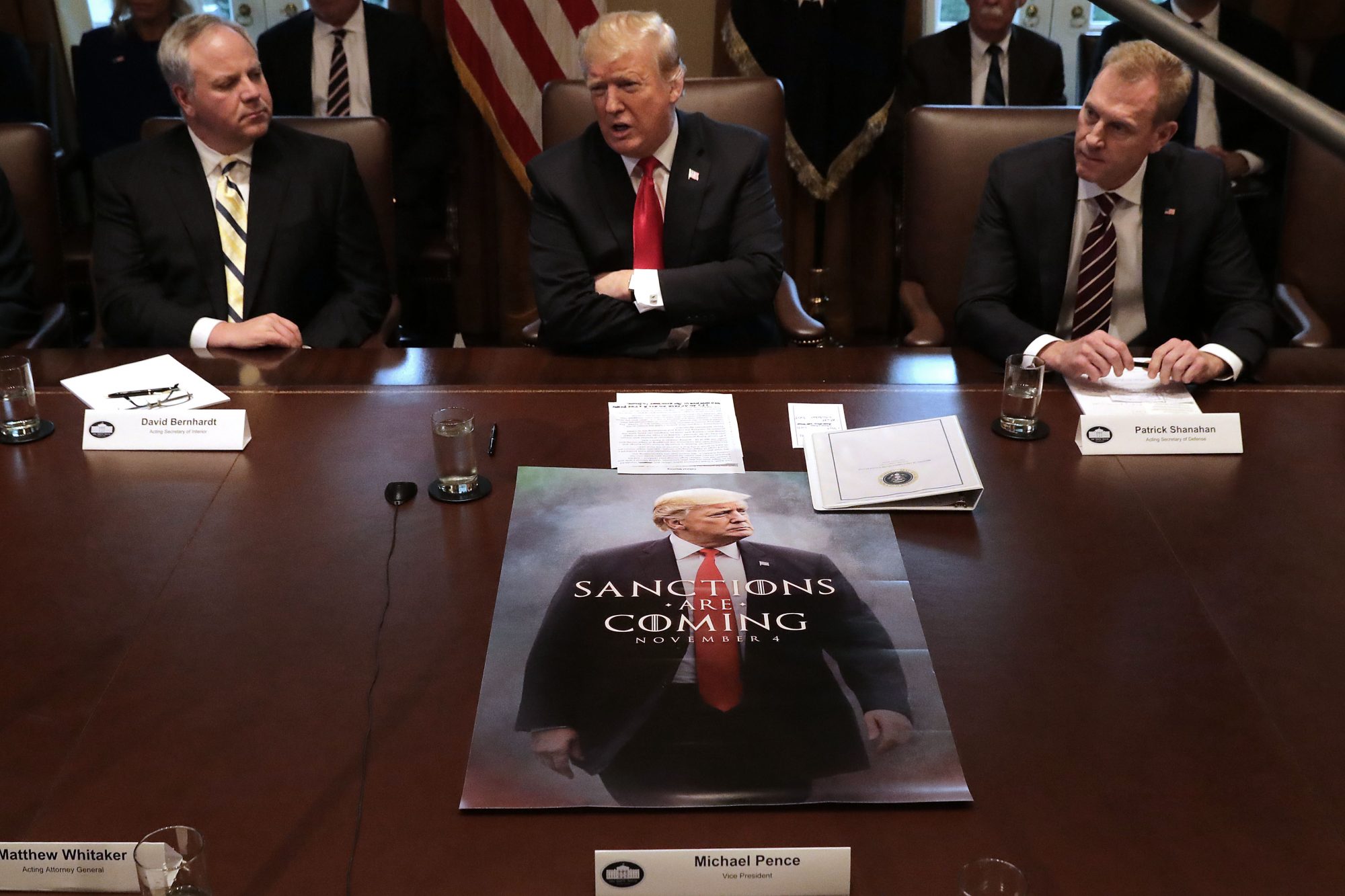 The phrase is, of course, a play on the iconic “winter is coming” tagline from the popular HBO series, but as of right now we have zero idea what exactly this new “version” means. Perhaps the president is sending a message to North Korea? Iran? (And is GoT even popular in either of those countries/will they even get the reference?) Basically, we have so many questions.

If the poster looks familiar, it’s because it is a printed version of an image Trump once tweeted.

And no—Trump does not have permission from HBO to use concepts from Game of Thrones for his own purposes. At the time of the initial tweet, the network told CNN: “We were not aware of this messaging and would prefer our trademark not be misappropriated for political purposes.” They also tweeted, “How do you say trademark misuse in Dothraki?” (lol).

Another day, another outrageous move from POTUS. We’d (sadly) expect nothing less at this point.