There were a lot of OMG and truly gasp-worth moments during this past season of Game of Thrones, but there was one that took us completely by surprise — and the .GIF of it is still probably floating around on your Twitter feed.

During the season finale of HBO’s hit series, Tommen watches his wife, Margaery, die (from afar). Cersei has successfully plotted to kill everyone in the The Great Sept of Baelor with wildfire, and while the Queen Mother’s plan succeeds, it also kind of backfires in her face: Tommen, watching the destruction around him, wants no more of it. He removes his crown, and jumps out the window.

It was a moment that more than likely left you SCREAMING. This entire extended scene from the season finale, “The Winds of Winter,” shows us King’s Landing in crisis mode, and it layers on the tension like a stack of bricks. Just when you think things are going to calm down, oh hell no, because now Tommen is gone.

Looking back on that scene, the actor behind Tommen, Dean-Charles Chapman, has this to say about this big moment for him: “My nose hurt a lot from face planting in a big mat.”

Yes, that was actually Dean himself doing this fall, no stunt double needed. He really did climb up onto the ledge of the window, and fall down below — but obviously not to his death in King’s Landing, rather a cushion to keep him safe and (mostly) comfortable.

"It was a big drop, because I had to stand on the ledge, and it was up to my chest. It was a really big drop, and we did so many takes. It was like, a 10 hour day, over and over and over again. It was draining...[but] it was a great, it was definitely great. I learned a lot from that day,"

If you’re feeling at all for Tommen during this scene, now start feeling for Dean, who had to do this whole scene alone.

What might be the most awkward tidbit of this scene is that this wasn’t actually the last Tommen scene to be shot, and Dean still had another month on set before filming wrapped for the season. But, even though it was a tough scene to do, and Dean knew it was the end for his character, he still enjoyed the whole process. And while he’ll miss being king, he won’t miss the Iron Throne. 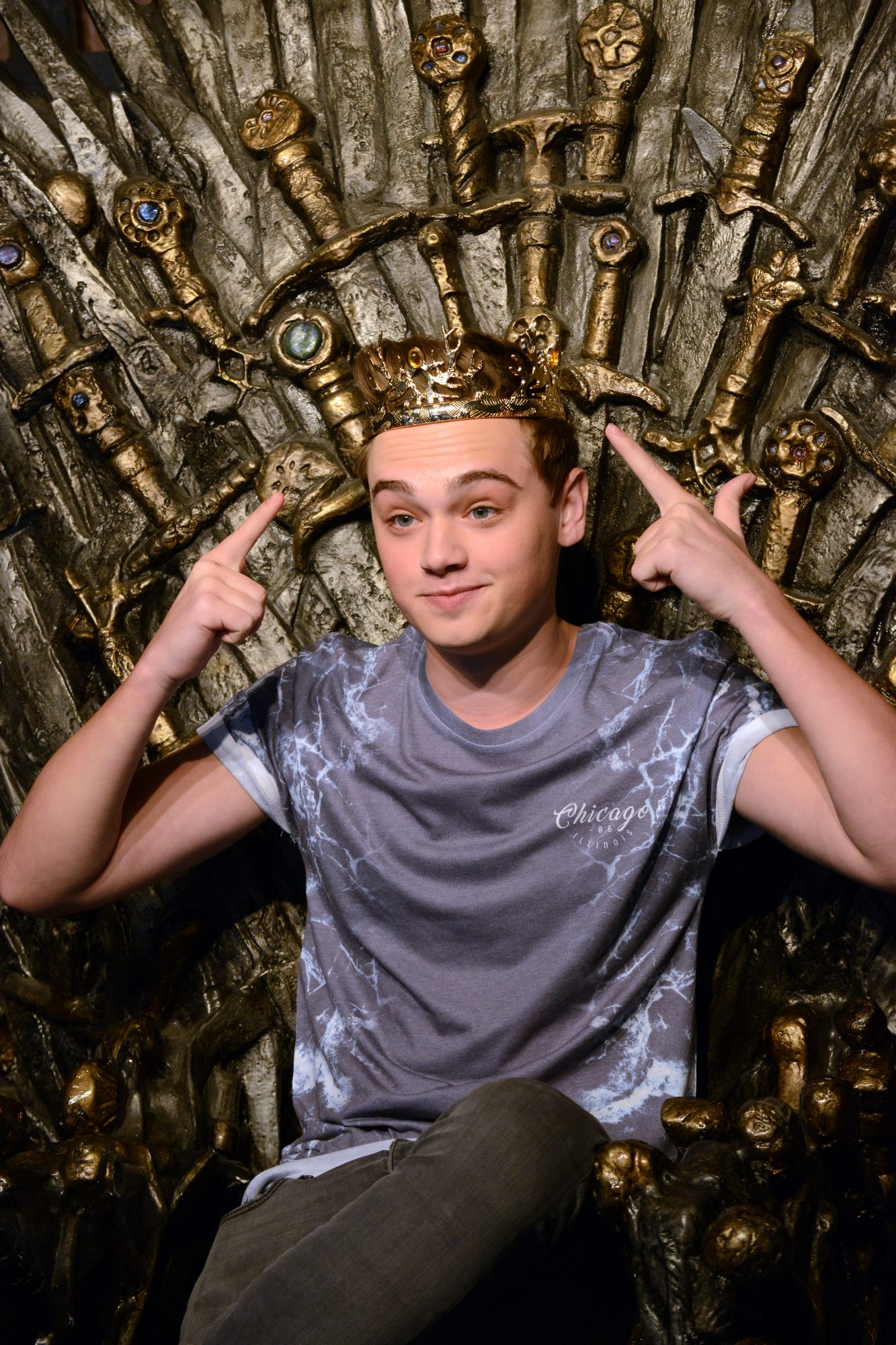 "[The Iron Throne] was really uncomfortable! You'd think it'd be the best seat in the world, and it does feel really empowering. You do feel like you're king, which is wicked. But it is just really uncomfortable. There are swords sticking up your bum and it's really not good."

Well that’s just the price you pay for being, YOU KNOW, king.

If you’re still looking for even MORE behind-the-scenes Game of Thrones goodies, be sure to pick up Season 6 of HBO’s epic series, now on DVD and Blu Ray! (And yes, it IS the perfect holiday gift for every member of your family)