At long last, we know. No, Donald Trump has not released his tax returns. Nor has he told us the true meaning of “covfefe.” But our country’s greatest national mystery since Inauguration Day 2017 has finally been revealed, and the entire nation can sleep peacefully tonight.

Former First Lady Michelle Obama shared what was in the Tiffany box that current First Lady Melania Trump gave her that day, resulting in a meme for the ages. Of course, it was a super sweet gesture…let’s be real, who wouldn’t want to be handed a beautiful blue Tiffany box out of nowhere? But Michelle was clearly a little flustered by the breach of traditional protocol. And the rest of the world was simply dying to know: What was in the box?

Michelle sat down with Ellen DeGeneres this week for her first televised interview since leaving the White House, and she revealed what went down on that fateful day between her, Melania, and the box (the interview doesn’t air until Thursday, February 1st, but People.com had the scoop).

"It was a lovely frame," she said, adding that the awkwardness that ensued only occurred because she wasn't expecting a gift.

“Well, there’s all this protocol,” she continued. “I mean, this is like a state visit, so they tell you that you’re going to do this, they’re going to stand here. Never before do you get this gift, so I’m sort of like okay.” She began looking around for an aide to hand it off to, saying, “What am I supposed to do with this gift? And everyone cleared out and no one would come and take the box. And I’m thinking do we take the picture with?” 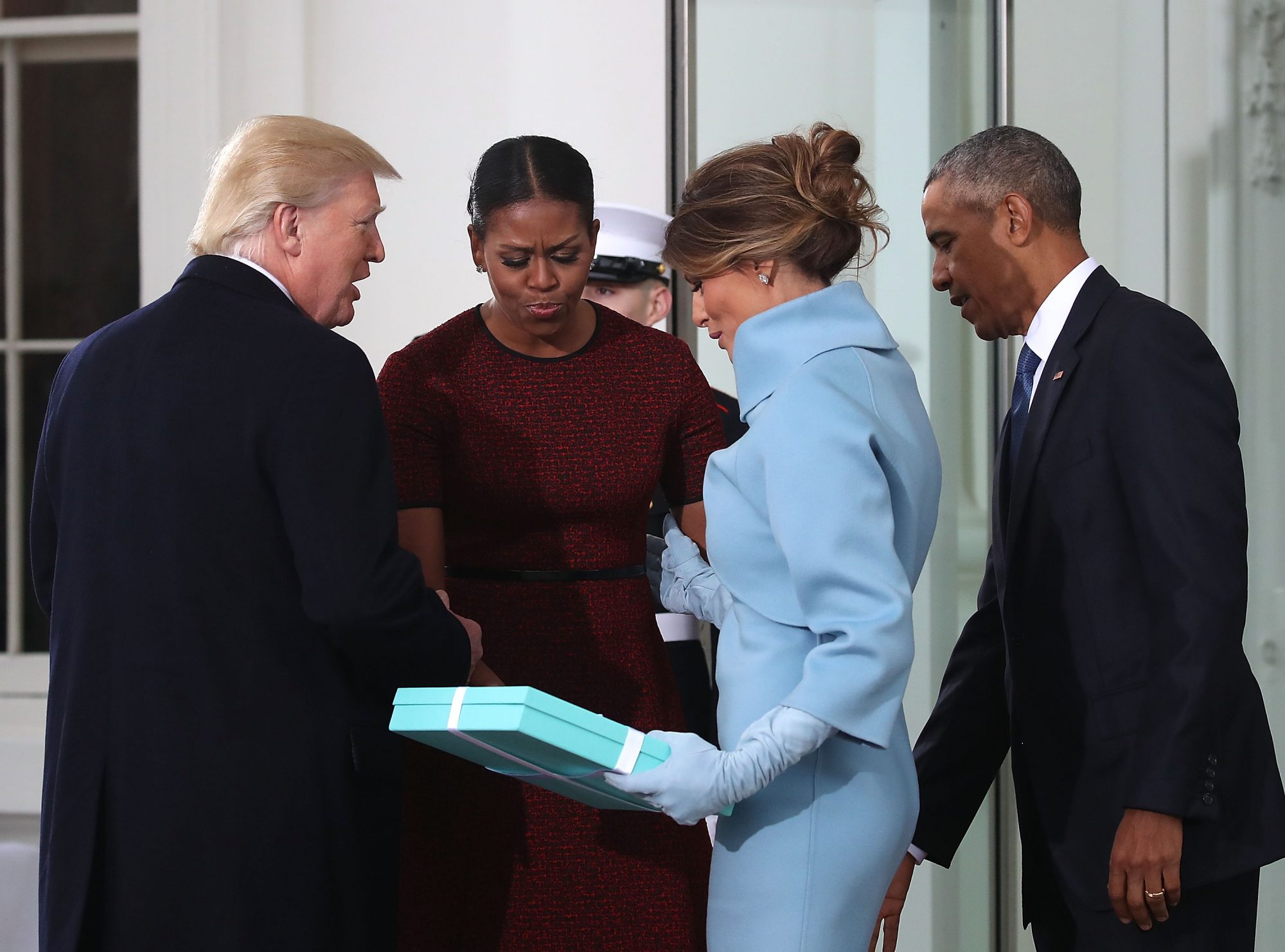 But then, like magic, her husband and former POTUS, Barack Obama, saved the day. “He grabbed the box and took it back inside,” she explained. “But everybody cleared out. No staff, no one. I was like what do you do with the box?”

If you’re looking for a few LOLs, watch the video again in its entirety here.

And check out Michelle’s first TV interview on The Ellen DeGeneres Show, airing Thursday, February 1st. And yes, we’re glad we can rest easy knowing what was in that box.