The electric light bulb is amazing and all, but it turns out that Thomas Edison gave us a gift that’s just as meaningful as light bulbs and motion picture cameras. If you’re a tattoo aficionado, you’ll be pleased to know that the famed inventor  Thomas Edison is basically responsible for your beloved tattoos.

(How come this fun fact was conveniently omitted from our high school history classes?)

Admittedly, his goal wasn’t to create a pen that would allow us to get inked with meaningful words or symbols — but when his creation didn’t turn out to be an effective writing implement, a New York tattoo artist named Samuel F. O’Reilly saw its potential. 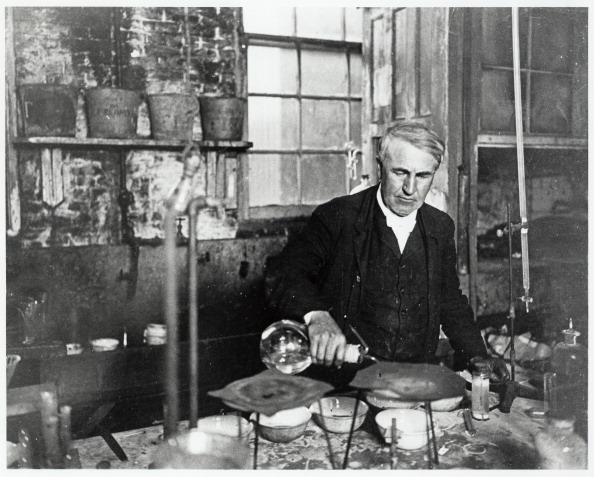 By using Edison’s prototype, O’Reilly created the first electric tattoo needle in 1891. O’Reilly’s invention increased the speed and accuracy of a process that had previously been performed solely by hand.

In fact, Edison’s electric pen is so important to the tattoo industry that its original model will be included in a New York Historical Society exhibition on the history of tattoo culture in New York City.

So, the next time your parents shake their heads at that beautiful tattoo on your wrist, you now have the best comeback — the late, great Thomas Edison is responsible for its beauty. As responsible citizens, we’re simply paying tribute to an American hero, am I right?