A big Kevin ~twist~ was revealed on “This Is Us,” and it is so gosh darn adorable

The current season of This Is Us has brought us so many family twists. Everyone in the family has been subject to some sort of twist, and honestly, our hearts can’t take much more crying over when it comes to the family drama. The latest episode of the NBC series threw another twist at us, but this one doesn’t have us reaching for tissues because of heartbreak. Instead, we’re grabbing some tissues because turns out Kevin has his own twist, and our hears have MELTED.

Kevin is going through a rough patch with his luv life. He was dating Olivia, and then she peaced out. He started dating Sloan, and then Olivia came back. Now, he’s got two girls crazy about him and he doesn’t know what to do. While trying to tell his troubles to Toby, Toby is like “come on bro.”

That’s when the king of grand gestures himself (that’s Toby) suggests that Kevin think up three sentences to say to the love of his life (hey, that’s the name of the episode!). Toby suggests that Kevin visualize this girl, and visualize saying these three sentences to her. Kevin does, and then he goes racing off to find the love of his life. Who is it?? 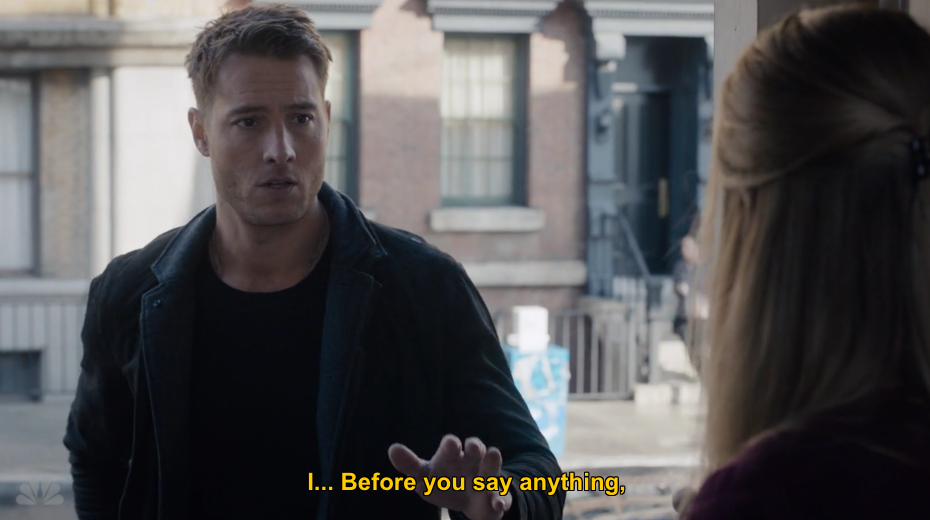 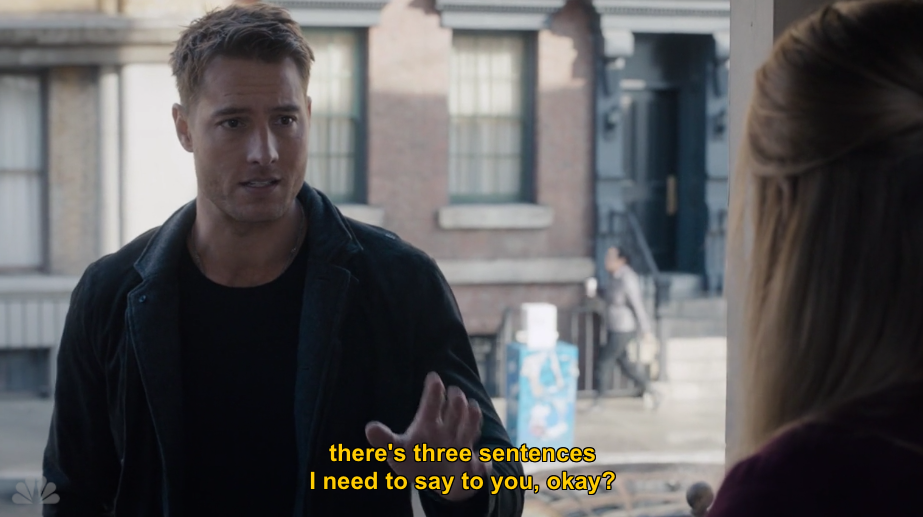 UM WHO IS SOPHIE? 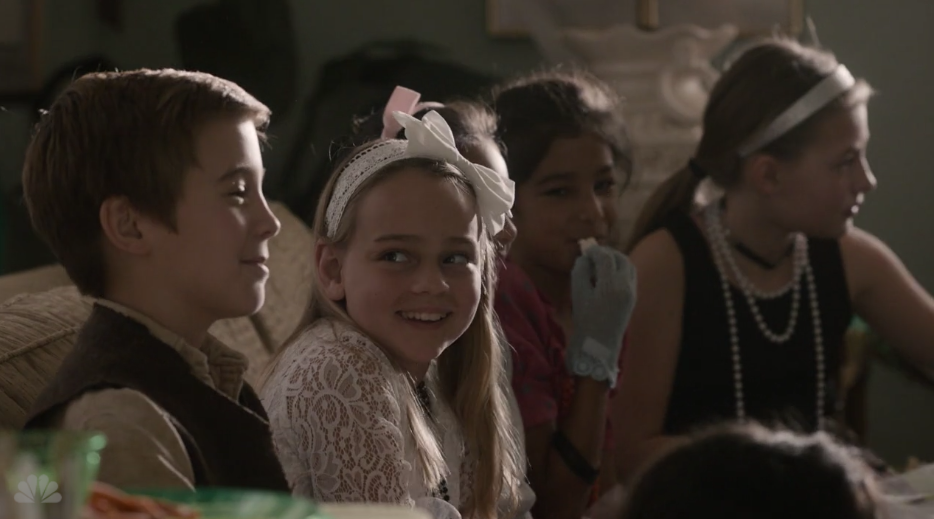 The flashbacks of “Three Sentences” showed a birthday party for the Big Three many years ago, and all three of them had their own separate party. However, Kate’s party slowly morphed into Kevin’s party, and when Jack told Kevin to send the girls back to Kate’s party, he said that he couldn’t. Why? Because he’s in love with Sophie and he’s TEN.

Flash-forward to the present, where Kevin knocks on Sophie’s door. The two haven’t seen each other in over a decade, and it sounds like things didn’t end well for them. The two were married, and now divorced, but Kevin’s three sentences might soon change her mind: 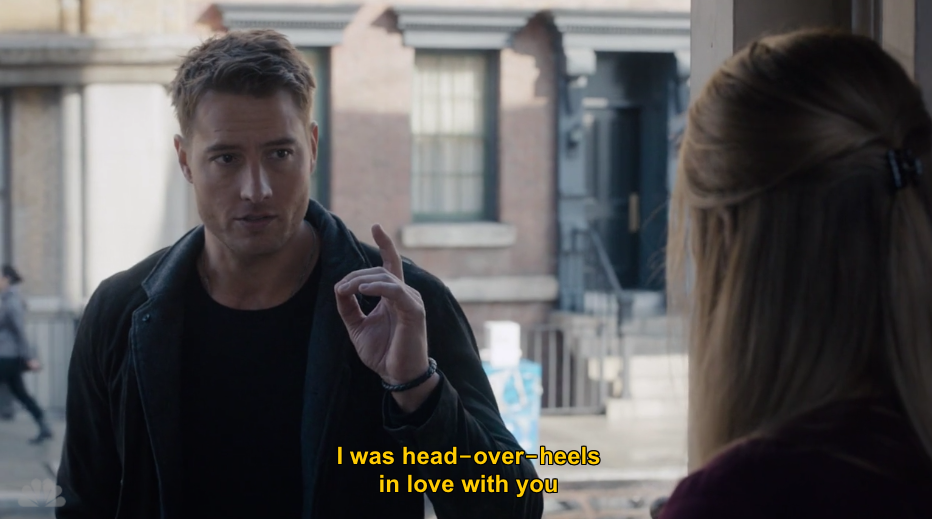 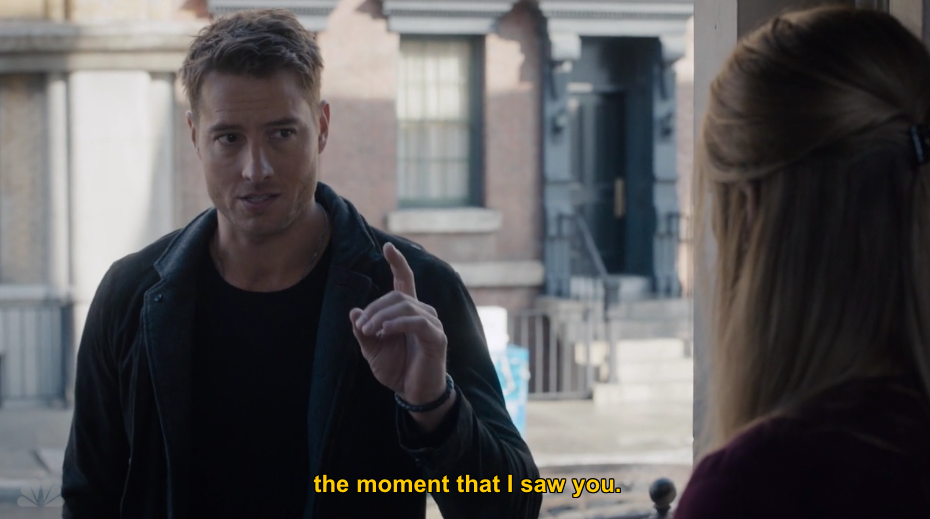 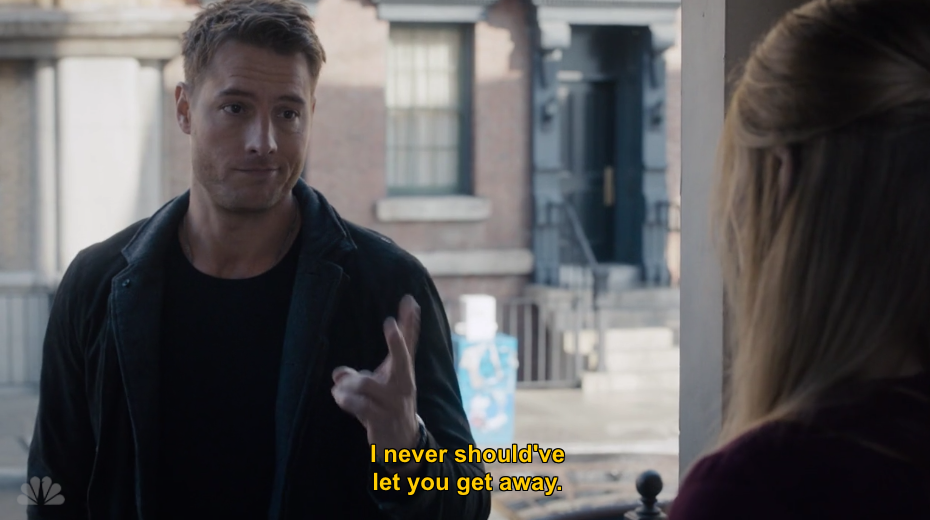 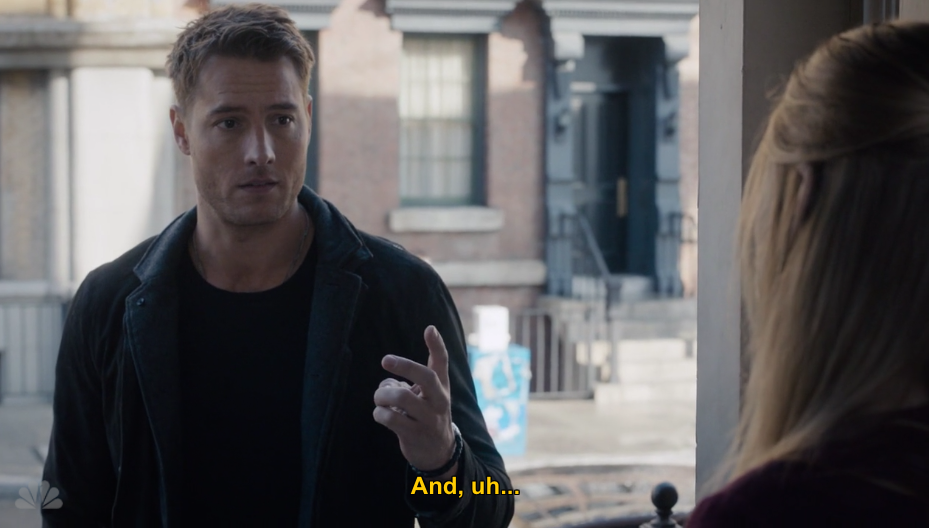 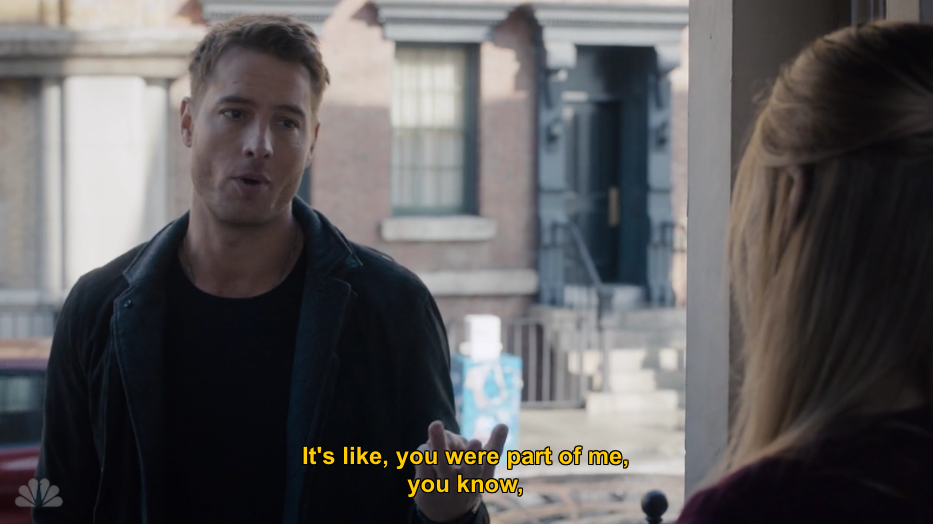 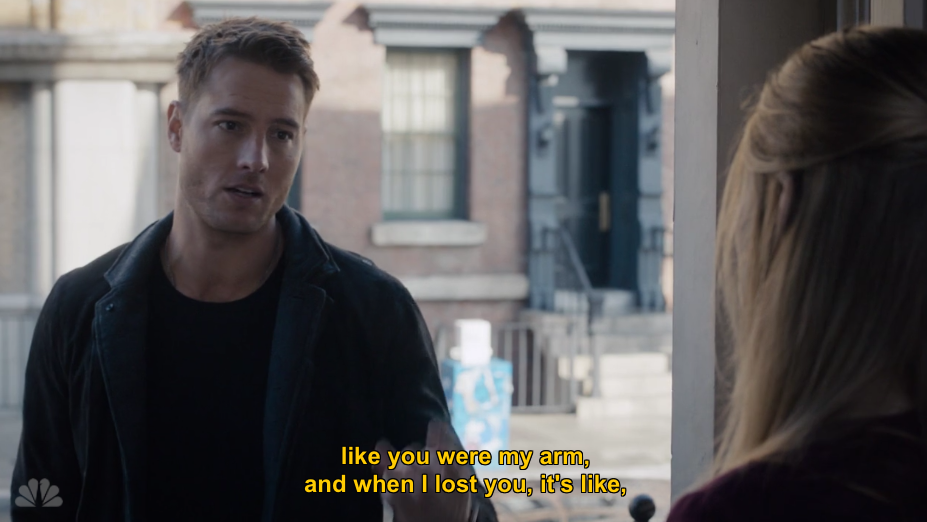 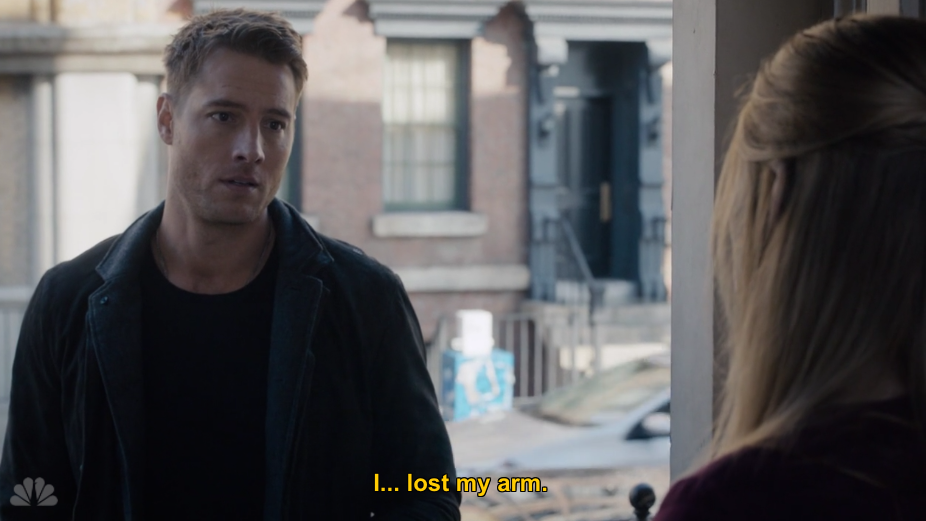 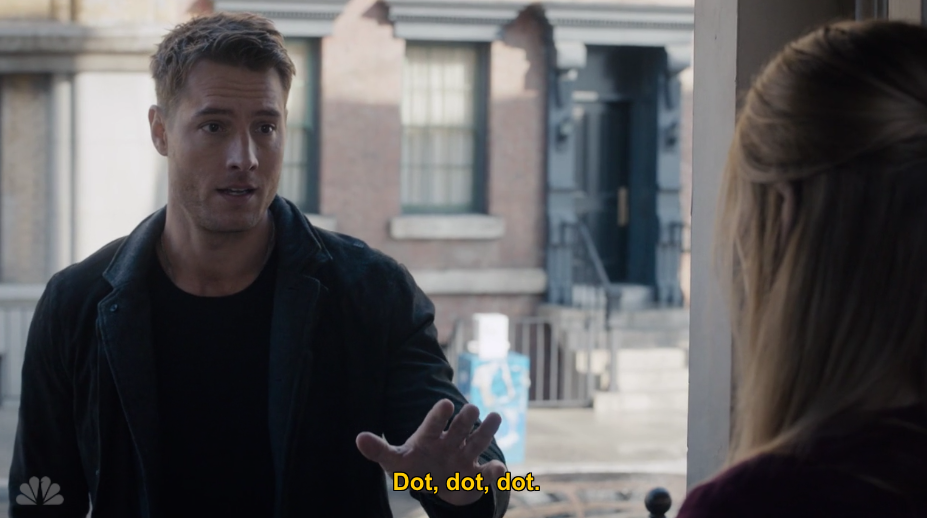 He goes on to explain that he wants his arm back, and if he can’t have that just yet, he at least wants to have a conversation with Sophie as to what went wrong. Though Sophie doesn’t agree to talk with Kevin now, at the end of the episode she texts him to meet up. It sure looks like we’re going to be seeing a lot more of Sophie — both in the past, and present.