“This Is Us” just dropped a major baby bombshell on us

If you haven’t watched Season 2, Episode 4 of This Is Us, “Still There,” STOP! DON’T LOOK! AVERT YOUR EYES AT ALL COSTS! (UNLESS YOU’RE INTO SPOILERS. YOU DO YOU.) Because we’re about to unpack *that* very unexpected ending. Ready? Here we goooooo….

This week’s This Is Us saw the young Pearson kids coping with Chickenpox, and dealt with the racist views of Rebecca’s mother. It also followed Randall and Beth as they attempted, but struggled, to make Deja feel like a part of the family, and Kevin as he rushed his knee injury recovery.

But we’re here to talk about this week’s very unexpected ending: the baby bombshell.

Throughout the episode, Kate had been obsessing about working out. When Toby asked her about what was going on, she explained that she was working so hard to fit into a dress for a gig. But, Kate was LYING.

At the end of the episode, we see Kate in a doctor’s office. “I have to commend your commitment to your health. I can tell how seriously you’re taking all this,” the doctor tells her. Now, we’ve seen Kate in doctor’s offices before, when she was considering her weight loss options. So, this sort of setting isn’t totally unfamiliar.

Except, she’s in a very different appointment than we’ve seen her in before.

Kate thanks the doctor and asks her if she bought the right vitamins, and she had. “It’s just because my age and my weight, I want to follow the instructions,” Kate says, clearly nervous. “You’re doing everything you can right now to stay healthy,” the doctor assures her. 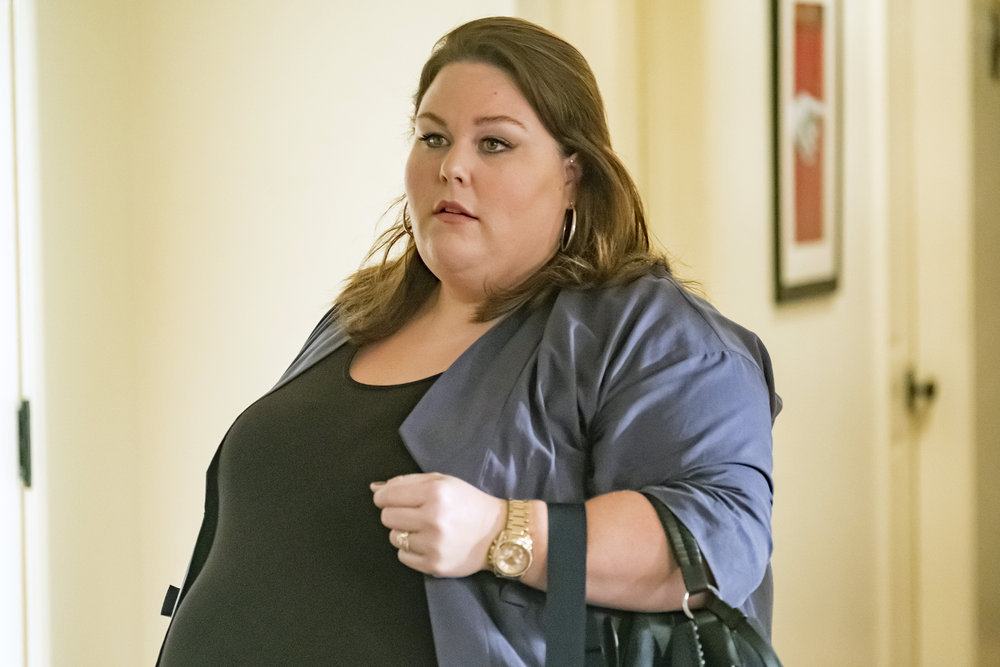 IS WHAT STILL THERE, KATE?!

"It's still there," the doctor confirms. "Your poppy seed is now the size of a lentil. Congratulations, you're officially six weeks along."

Well, that was certainly unexpected, but we can’t wait to see what this baby news means for This Is Us.