Found yourself in that mid-afternoon workday slump? Here’s something to cheer you up. Romi Bean, a cheerleader for the Denver Broncos, performed her entire cheerleading routine during the Broncos/Chargers game while wearing a T-Rex costume. Don’t worry, we have video evidence and it will improve your day tenfold.

Cheerleaders are usually costumed in the typical crop tops/skirt situation during football games. So for the Halloween-themed halftime show, most of Bean’s cohorts kept to that dress code, sporting costumes like sexy referee, sexy Dorothy, and even sexy Where’s Waldo. 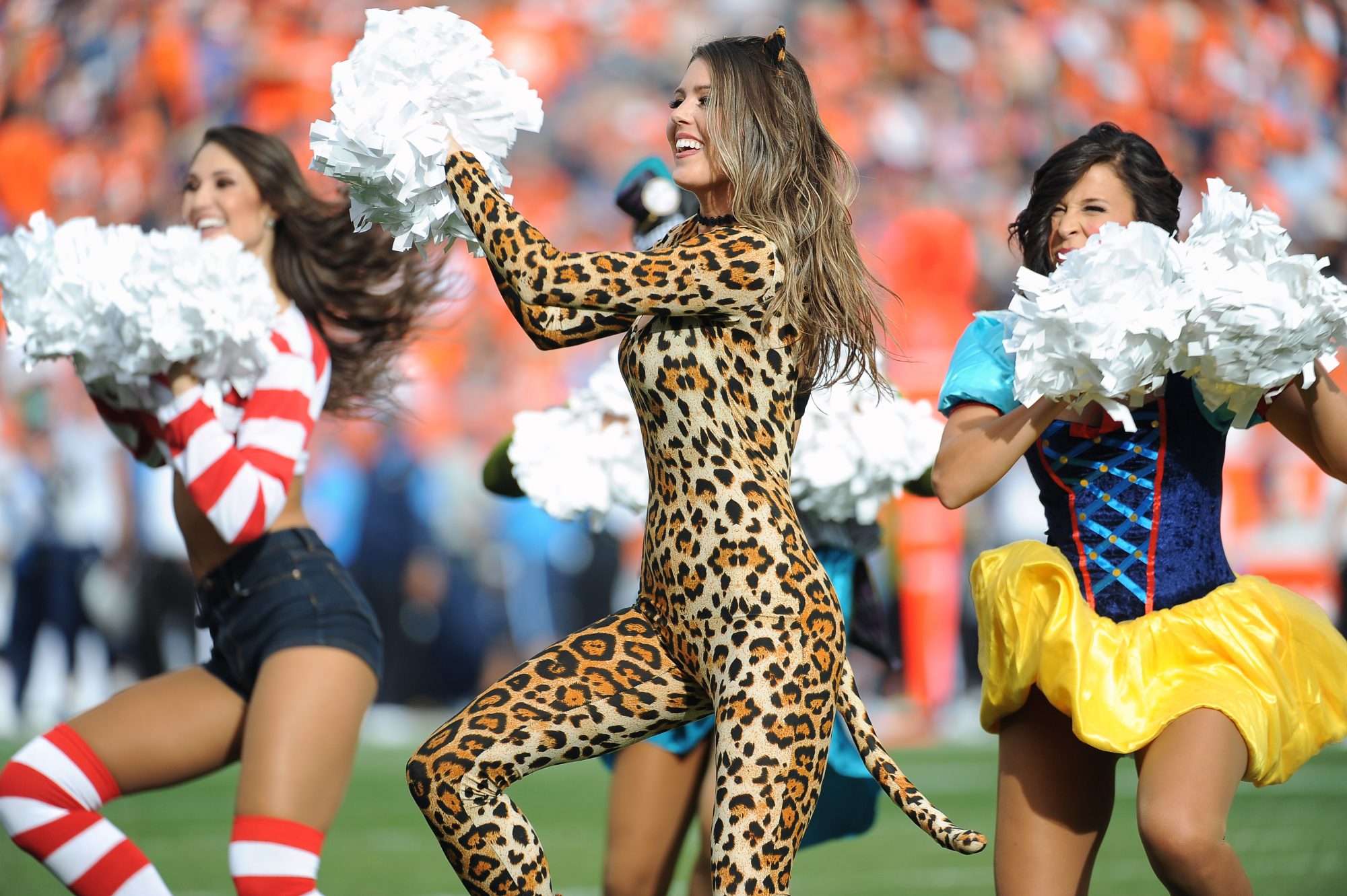 But Bean decided to take her costume inspiration from the Jurassic period.  And ~ thank heavens above ~ she did.

In Gionet’s video, we get an up-close-and-personal look at those dino’s sick moves.

Bean herself tweeted out, “My life is complete now that I danced as T-Rex in an epic #Broncos win over the #Chargers.”

The videos and pictures of Bean doing her thang as the most flexible T-Rex in history have swept across the internet like wildfire. Her defiance against the typical “sexy” Halloween costume is making our whole week.

Just look at how majestic Bean looks in this foggy finale. 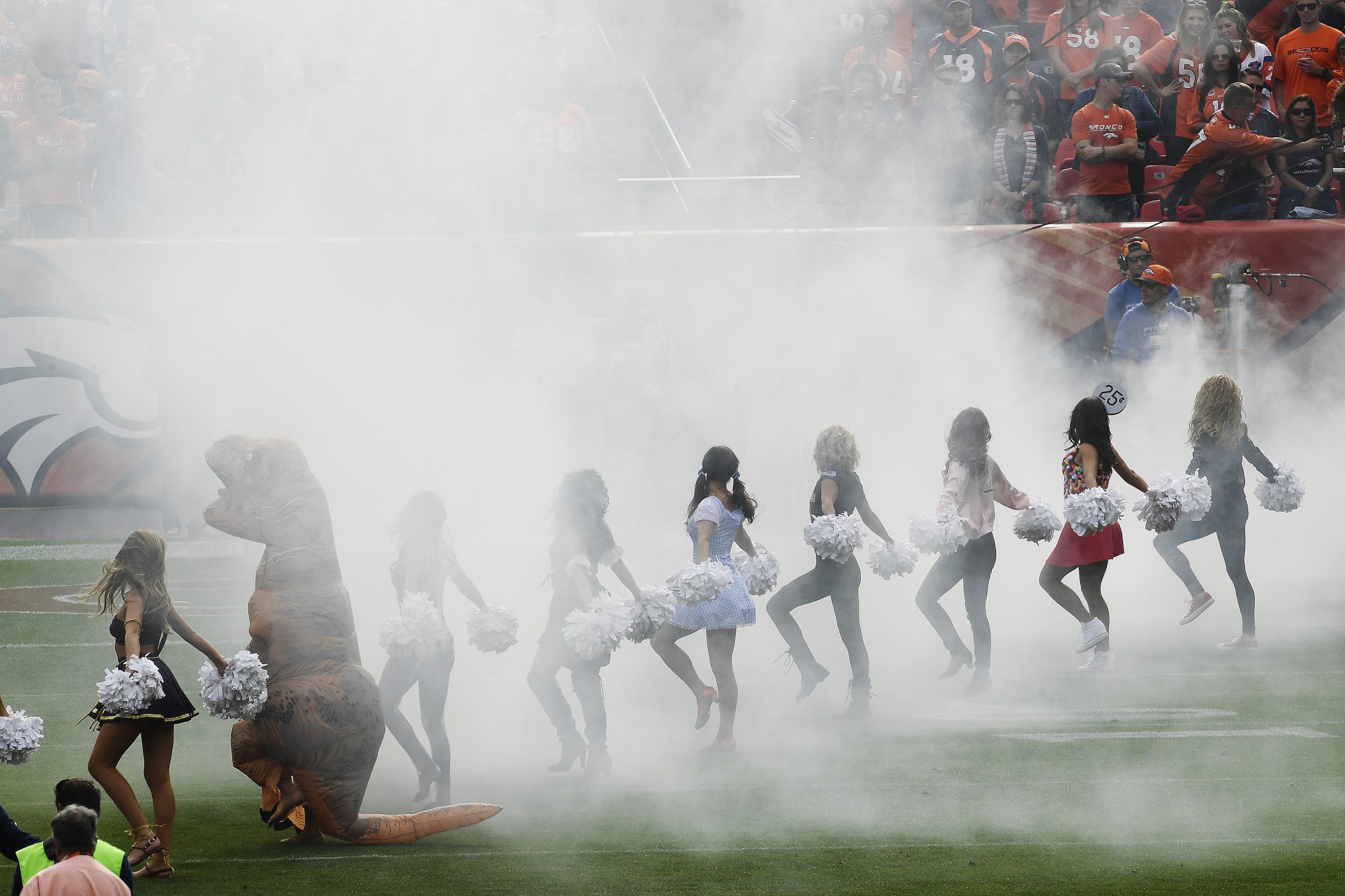 If we can learn one thing from Bean’s dancing dinosaur spectacle, it’s that we shouldn’t conform to what society expects! Well that, and also everybody loves a dancing T. Rex.