There’s a vegan meme out there that says something to the effect of: “I Could Never Go Vegan” — Said Almost Every Vegan (Before They Went Vegan).” Personally, I don’t ever remember actually claiming I “could never” go vegan. I think I always knew I probably could, if I really wanted to.

I did, however, say and think lots of other shit about vegans and eating animals before I went vegan. Looking back, I’m not so much embarrassed about the things I said, as I am heartened. If my perspective can change this much in just a few years, it feels like proof of the power we all have to evolve and change our behavior.

I’m sharing the rationales I had here in the hopes that, if you still have them too, my changing perspective might make you think more critically about your own assumptions as well.

What I said: “I don’t eat meat often, but sometimes there’s nothing like a steak and a glass of red wine to make me feel like I’m celebrating.”

What I was thinking: “But if we’ve always eaten animals, isn’t there something kind of natural about it?”

I grew up in a house where we only ate cows every couple weeks — chickens, turkeys, and tuna were more common. Maybe because I wasn’t as used to it, I always felt a little weird about eating red meat, on a visceral level. When relatives encouraged me to eat meat to “get protein,” I did things like order it well-done so I couldn’t see blood.

Eventually, I trained myself to acquire a taste for it. It became a greedy feeling when I ordered  red meat — in a good way. A burger or a steak became a marker of a special occasion, something I ate to make myself stronger with all that protein. (I didn’t know at the time that plants were actually a much healthier source of protein all along, but that’s a whole other article.) Paired especially with a glass of red wine, eating meat felt decadent, powerful. I felt like a queen, on top of the food chain, like I was expressing something deeply human in myself — my “right” to dominate and consume.

It wasn’t until I stopped eating animals that I realized just how common this rationale and feeling is — or what a relief it would be to liberate myself from the idea. My humanity is not based on the idea that I’m superior to other animals, or that domination must be the natural order. A feeling of real decadence and abundance now comes from the realization that I can live without eating meat — and I feel stronger and healthier than I have in my entire life. 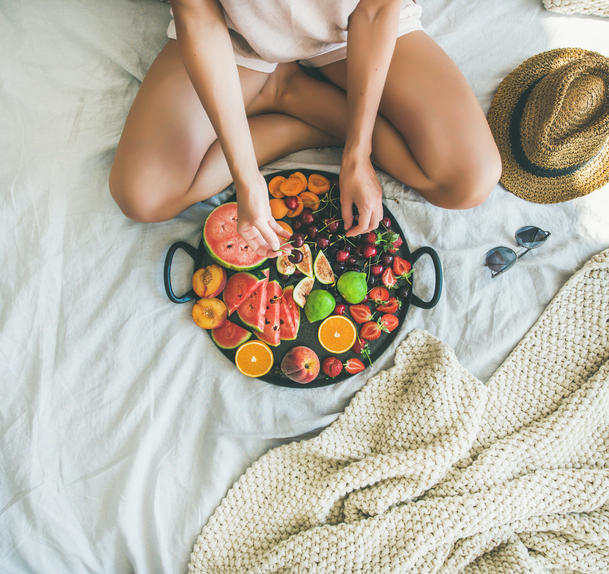 What I Said: “I dated a guy who was vegan, and he totally cared more about animals than people.”

What I Was Thinking: That’s why he led me on, right?< https://www.youtube.com/watch?v=

When I was about 24, I dated a vegan for the first time. He also happened to be the first guy who I allowed to string me along for any amount of time. He was super cerebral, an adjunct professor who taught courses in things like ethics. (I remember him once cancelling a date last-minute because he didn’t feel like hanging out and felt it would be “morally dishonest” to lie about it.)

After we finally ended things, I wrote him off as “one of those vegans who cares more about animals than people,”  and swore to myself I’d never date one again — to the point that I didn’t message my current partner first on OKCupid because he was vegetarian. Luckily, I agreed to meet him when he asked me out anyway, and on our first date, he asked me point-blank why I ate animals. He was totally non-confrontational about it, but all it took was his asking me that question directly for me to begin see things differently. As it turned out, I never ate meat again after that night — but that is also another story.

The point is, there are vegans who care more about animals than people, and there are people (like me) who are motivated to become vegan as much by what animal agriculture is doing to people and the planet as they are by animal welfare.

Since I’ve become a vegan, I’ve met some of the most socially-engaged, kind people I know — people who care deeply about human lives, who are fighting for people to see why this is such an intersectional issue.

Vegans are just people. Some of us suck, and some of us rock. Most of us do not care more about animals than people — we just sometimes get frustrated in a society that refuses to care about certain species of animals at all.

What I Said: “But what about the cream in my coffee and pizzaaaaaaaaa?”

What I Was Thinking: “I don’t want to feel deprived or trigger weird eating habits again.”

This is something I only said after I became a vegetarian, and was readying myself to watch the documentary Earthlings, the film sometimes nicknamed “The Vegan-Maker.” I knew that once I finally confronted footage of how dairy and other animal products were made, I might be too upset to keep eating them — and while a part of me was excited by the idea of educating myself, I was also afraid of what I’d be giving up.

I was legit worried about cream in my coffee, since all the alt-creamers I’d tasted were gross to me. (I’m still not a huge fan, but I found unsweetened soy milk without added vitamins actually works great in a latte. Plus, your taste buds adjust and change.)

My real concern, however, was that in going vegan I’d feel deprived all the time. After a period of going gluten-free at a doctor’s suggestion, I had craved bread all the time. It had triggered a cycle of allowing certain foods and not others, and unhealthy eating habits of rewarding and punishing myself with food. I was worried that being vegan would simply mean cutting out too many foods and feeling that way all the time.

But going vegan didn’t make me feel deprived at all — and my sense of appreciation for what I eat has grown immensely. Going vegan also helped me confront certain self-centered patterns of thinking about food. Instead of my diet always just being about me and my body, my eating habits are now also about something larger than only myself. It’s empowering.

What I Said: “I hardly ever eat meat, but if I buy anything I try to make sure it’s organic/free range/grass-fed.”

What I Was Thinking: “I know it’s probably the right thing to do not to eat animals at all, but we humans have enough problems and this just isn’t my issue — everything in the world is kind of messed up anyway, I’m doing the best I can to be a decent person, and if I have to change that, where would it end?” 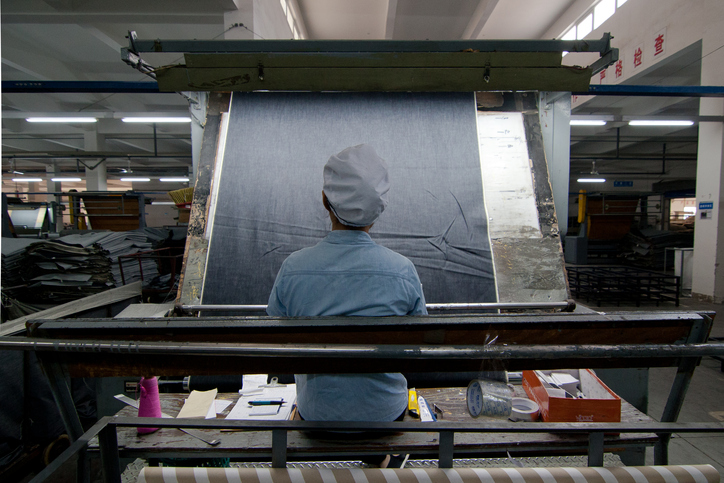 This is a common one I hear now that I’m vegan — and I completely know where it’s coming from. With current marketing, we’re led to believe that buying organic, free-range, or grass-fed animals is somehow better. Unfortunately, I didn’t realize my hormone-free organic milk still had tons of harmful sex hormones in it, that cage-free eggs can be just as cruel, or that cows grazing on open fields is largely a marketing myth.

The silent rationale behind my justification was perhaps even more insidious. It was the idea that if I stopped eating animals, where would the slippery slope into morality end?! Wouldn’t I then have to pay attention to everything in order to be morally consistent?

Well, yes — but it’s a process. For me, being vegan is about more than just not eating or wearing animals. It is about striving for a more ethical life, one where I consume and behave more in-line with my values. Since going vegan, I don’t buy sweatshop-made clothing, and I try to consume less in general. I pay more attention to where my plant foods come from too, educating myself about how to buy food ethically. It’s actually really exciting to realize I can always be improving, and to keep trying to do so. Instead of throwing my hands up and thinking “everything is messed up anyway,” I try to never let myself off the hook just because I don’t contribute to the one of our planet’s biggest problems anymore.

But am I tired as a result? No. I empower myself every day by eating vegan — it is a reminder of my own ability to change my behavior and do my part — and it only energizes me to do more. I’ve learned more about food justice, feminism, health, the environment, and human rights since I began educating myself on how veganism can be connected to all of them.

Caring is a muscle. The more you care and love, the more you strengthen your capacity to give a damn. Veganism is my way of ensuring I stay in good shape, and reminding myself of my capacity to care, every time I eat.