Beginning seventh grade at my school in Puerto Rico meant trading in my navy jumper, Peter Pan-collared blouse, and red bow for the more ~mature~ uniform of a skirt and vest set.

It also meant getting grouped into honors classes.

I’d transferred to the school the year before, and devoured Meg Cabot’s latest installment of The Princess Diaries like candy — but quickly learned that smart wasn’t cool.

I wasn’t bullied or ridiculed, but I was labeled as the girl who read too much, had the highest grade in the class, and only hung out with one other person, Sofía.

Having classmates ask why I read “too much” didn’t matter as long as I had Sofía. On the first week of sixth grade, she introduced herself by saying she was reading a book where an infant bit evil people, and she asked if I wanted to read it (she was talking about Sunny in A Series of Unfortunate Events). There was nothing more comforting to me than having a friend who shared my interests, talked to me, left me alone to read at the campus gazebo before homeroom, or simply sat on her sturdy rolling backpack and read next to me. But as sixth grade came to an end, Sofía announced she was leaving the school — and I was alone, invisible.

My different interests and my introversion weren’t things I’d ever questioned before — I took after my father, so I’d always thought my personality was perfectly normal. Dad always carried a copy of The San Juan Star newspaper and the latest Sidney Sheldon or Tom Clancy novel under his arm. I stored my copies of The Sisterhood of the Traveling Pants and Ella Enchanted in a plum messenger bag from Gap adorned with Hello Kitty pins.

Suddenly, I found myself in an environment where my classmates discussed going to the movies without a chaperone and hosting dance parties at their homes. I wasn’t invited to any of this.

Reading about female outcasts validated my experiences, but I decided to formulate a plan by the end of the summer so my classmates would accept me as their friend. I thought about straightening my hair, wearing contact lenses, or perhaps impressing my female classmates with a new tube of Lancôme Juicy Tube Ultra Shiny Lip Gloss, but it was all too expensive. At a loss, I asked my mother, the most outgoing person I knew, what I should do to make my classmates like me.

She told me to leave my books at home so people could see my face.

There was a tug of war inside of me every time I imagined my upcoming back-to-school trip to Borders. Every year, my mother would drop me off at the Borders closest to our house on her way to Costco and leave me to my own devices. This meant reading copies of Seventeen and CosmoGirl in record time so I didn’t have to buy them, and leaving the store with at least five books. She was surprised when I cancelled the trip and offered to join her at Costco instead. It was my first step in trying to become cool, but I’d tell myself, who do I think I am trying to act cool anyway? 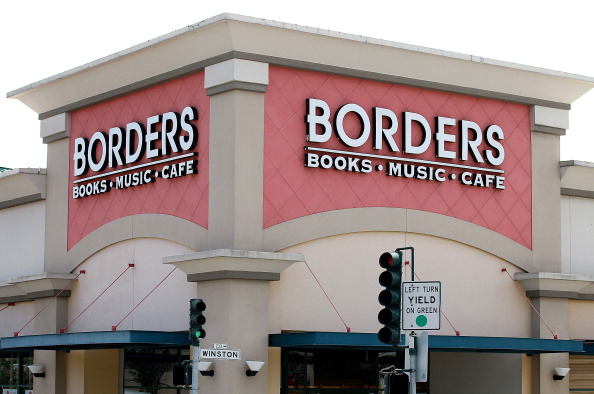 Picking up my new uniform officially signaled my arrival into middle school, and I was ready for my classmates to get to know me better. I assumed that now I’d actually get to talk to people before homeroom, during recess, and after school  — all times when I’d normally read by myself. I followed my classmates’ favorite trends for an entire semester: scary movies, Roxy t-shirts, Laguna Beach, techno music. I actually spoke to at least one person during each break in the day, but no one ever asked me to hang out after school.

I was only reading the required books for class; I only let myself be entertained by watching TV. Near the end of the semester, it got harder. I borrowed books from our modest library whenever I needed a break. The library didn’t have my carefully curated collection of YA novels, but it would have to do. Then, I actually scored a last minute invite to see The Grudge 2 with some classmates — but I ended up leaving 15 minutes into the movie. I’d sculpted myself into a shape I could no longer conform to.

We’re at our most vulnerable when we’re trying to become part of something.

I began losing some of my magic on the day I chose not to go to Borders — I’d given up on what I enjoyed most to gain my classmates’ approval.

The awkward phase was tough, but I laugh about it now. Plus, my failure to be “cool” didn’t mean I had to be unhappy. I met people outside of my grade level, I read at school if I felt like it, I kept the highest GPA in the class, and I developed an interest in spelling bees.

My love for reading paid off when I represented Puerto Rico at the 2007 Scripps National Spelling Bee in Washington, D.C., and I transferred to the school that sponsored me shortly after.

Growing up is mostly about letting go, realizing that some friendships (and stores like Borders) will become cherished memories, and never losing your instinct to read and wander into seemingly impossible worlds.

I never fell out of love with books — I just got distracted.