Have you binge-watched The Office a million times? You’re not alone. The best part about smart comedies like The Office is that every time you rewatch, you notice something new. And if you’ve watched every episode, you may view the pilot a little differently once you hear about this discovery.

First, let’s talk a little bit about Jim and Pam. Played by John Krasinski and Jenna Fischer, the two had a natural chemistry. We were rooting for them from the start, especially because we knew that Pam just wasn’t meant to be with her longtime fiancé, Roy. However, the clue in question isn’t about the love triangle between Jim, Pam, and Roy — it’s about the triangle between Jim, Pam, and Brian. That’s right, the boom-mic operator who comes into play in later seasons.

Now, for that clue.

BuzzFeed’s Stephen LaConte noticed that in the pilot episode, Jim chats (aka flirts) with Pam just as Roy enters…and there’s a boom mic cutting into the top of the shot. A boom mic operated by Brian, perhaps? 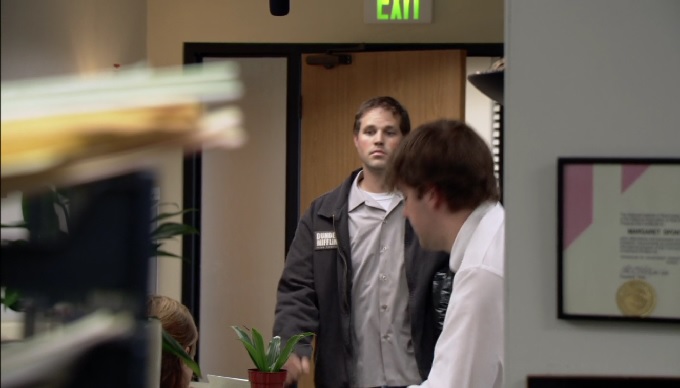 Sure, it could have been a mistake — it was the pilot episode, after all. But LaConte noted that Brian’s boom appears in scenes with Pam pretty often near the end of the series, signifying he’s there for her. 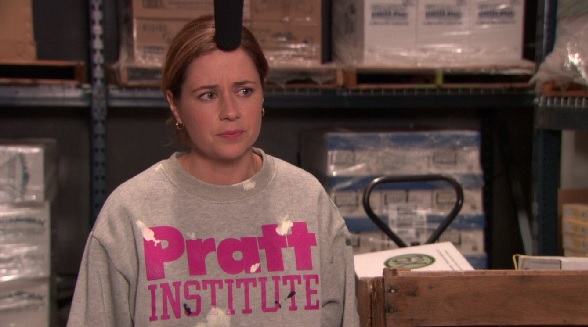 So, while we thought that the scene was about Roy, Jim, and Pam, Brian was possibly also in the mix even back then. And even if it wasn’t intentional, it may definitely change the way you view all those Jim and Pam scenes next time you binge-watch.