It’s been years since the last episode of The Office aired, but the series continues to live on in our hearts—and on our screens—in a major way. The long-running sitcom is not only one of the most bingeable shows in existence, but it’s also deceptively clever—meaning we’re still picking up on subtle gags on our hundredth rewatch.

And like the island of Manhattan in Sex and the City, Dunder Mifflin’s conference room was an instrumental part of the series. It was the backdrop for so many largely unnecessary staff meetings, training sessions, and iconic parties. However, people are noticing something intriguing about the space.

Specifically, fans are trying to figure out what happens to the massive wooden conference table during certain scenes. Sometimes it’s there, and sometimes it’s not. So where does it go (and who the heck is moving it all the time)? 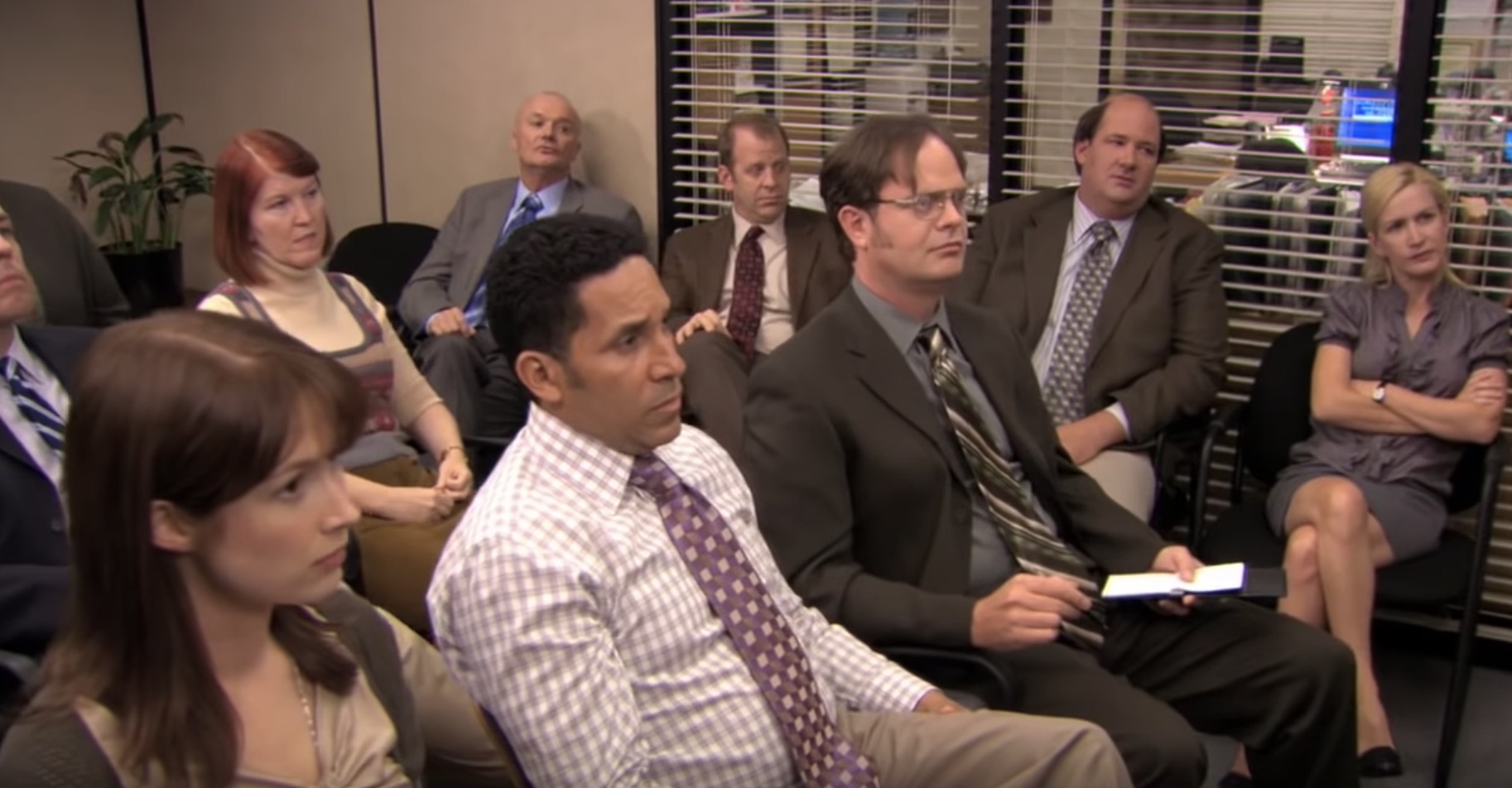 And now, Exhibit B 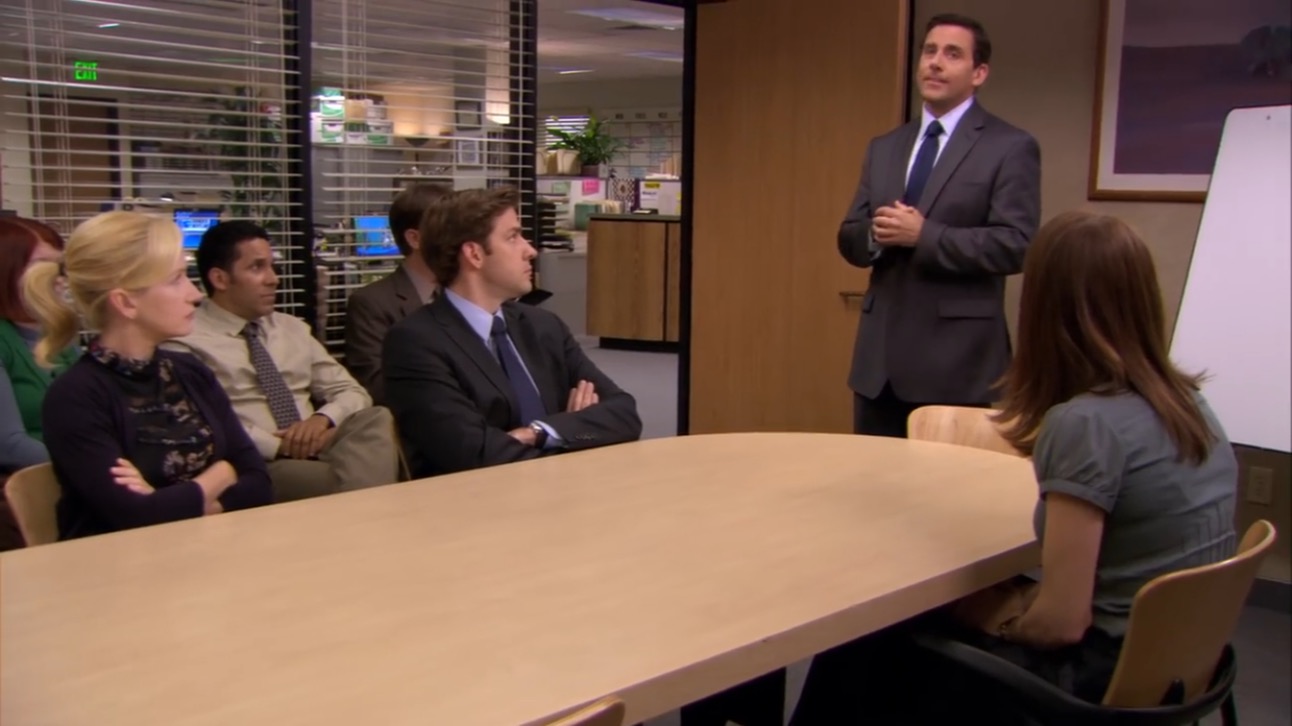 Considering Michael’s penchant for gathering the entire Dunder Mifflin Scranton staff, most episodes feature at least one scene in the conference room. Whenever a smaller meeting is held in the room, it takes place around the table. However, during most full staff meetings the chairs are arranged in rows and the table is nowhere in sight.

And while we don’t know the specific model of conference table used by the Scranton branch, it doesn’t look easy to move—especially through the narrow door leading to the rest of the office.

Maybe we’ll get the answer in an Office reunion special someday (fingers crossed).

Filed Under
news • the office
Latest