Just a friendly reminder that “Hispanics” are not a monolith

September 15th through October 15th marks Hispanic Heritage Month, a celebration enacted by the United States government to honor the achievements of our country’s Latinx community. Though we are using this time to highlight the importance of visibility, it’s worth noting that Hispanic Heritage Month is controversial — as is the word “Hispanic.” Both terms unduly homogenize beautiful, complex cultures, and they were ironically created by a political system that continues to persecute those they aim to celebrate. As for “Hispanic,” it refers back to Spain, the country that brutally colonized these cultures, and excludes non-Spanish speakers. While bringing light to this, we also aim to support the voices of the Latinx community over the course of this month.

We represent over 20 different countries. And though many of us speak Spanish, we speak it differently. Think someone from the United States trying to understand someone with a very thick Welsh accent, or a very thick Australian accent. All of those countries technically speak English, but there is variation in the cadence, accent, vocabulary, and use of different sounds. It also has to do with the different linguistic influences on each country. 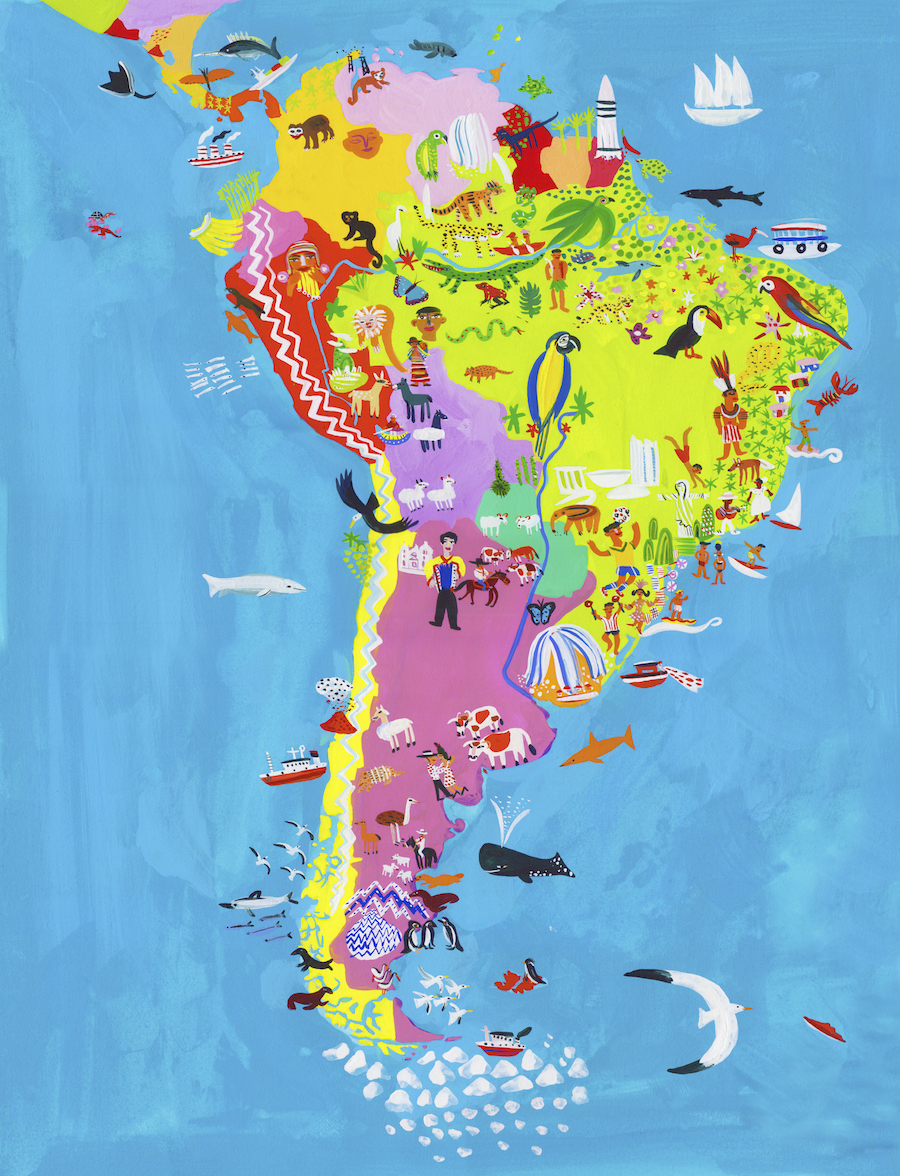 There have been occasions when I’m the only Spanish speaker in a classroom, when I’ve been asked about a word that is mainly used by Ecuadorians or another Hispanic community. I’ve then had to spend what feels like a lifetime explaining that I have no idea what the word means. I have also had to explain that vocabulary across Spanish-speaking countries is very different. The word Ecuadorians use for “child” means “bus” for Spanish speakers in the Caribbean. The words we use to express “beans” differ as well. While I grew up saying habichuelas, most Ecuadorians I know say frijoles. I have often found myself explaining these linguistic differences to people from other Spanish-speaking countries as well.

Oftentimes, I have to be annoyingly straightforward and explain, yet again, that I’m not from Ecuador, and that I’m not even South American. I usually have to explain that Hispanics from different countries aren’t part of the same culture and don’t always understand each other.

The most frustrating question I hear as a Latinx person is “Oh my gosh, are you Spanish?” — asked after a person realizes that I speak the language.

I then have to explain that, no, I’m actually not from Spain, and therefore not “Spanish.” Spanish is just a language that I happen to speak, and that a lot of people speak in places including Europe, the United States, and most of Central America — because of Spain’s colonialist history.

Another misconception is that “Latinx” and “Hispanic” are interchangeable. They are not. For example, a Hispanic person is anyone whose country’s origin and ancestry has a connection to Spain, making it so that the main language of those countries is Spanish. Because it’s an identity connected to colonialism, many don’t like being identified with it. Latinx, on the other hand, is a geographic identity that encompasses anyone from Latin America, including non Spanish-speaking countries like Brazil. 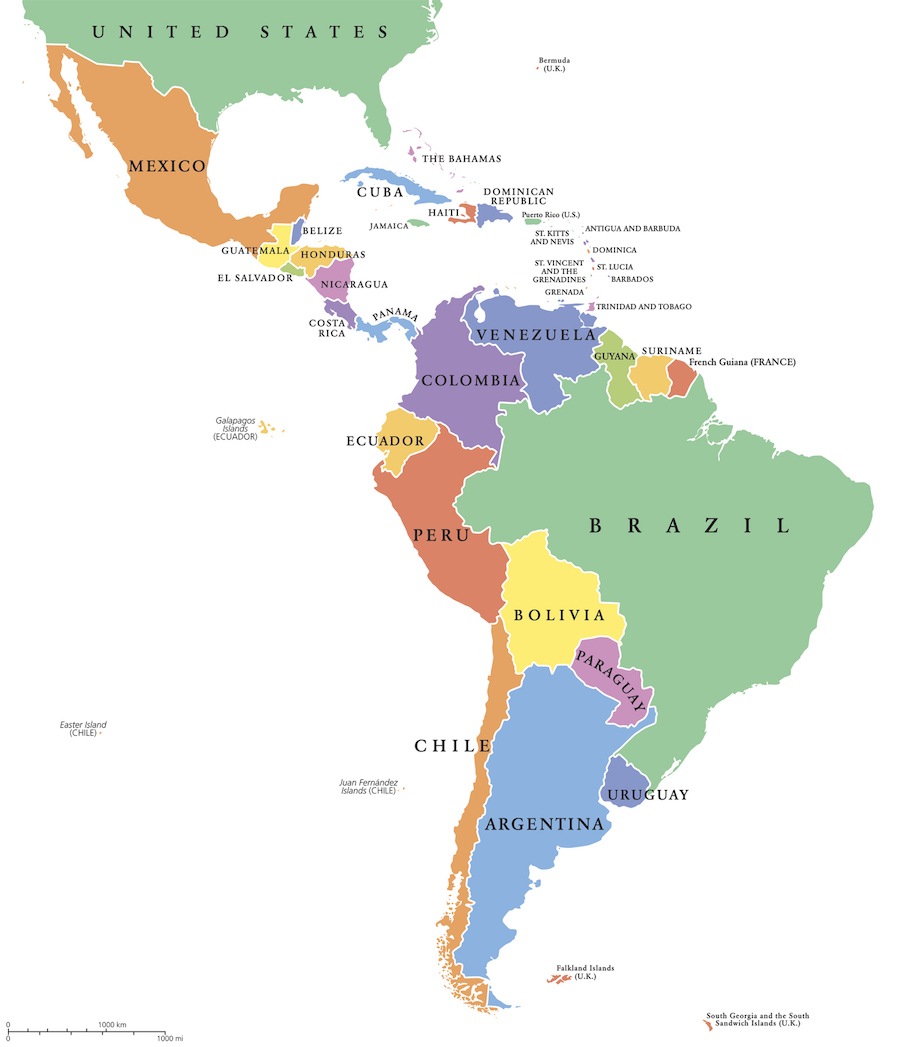 There are times when “Hispanic” is controversial for other reasons.

Some feel that it gives Spain too much credit as a colonizer, and that it highlights only one trait shared by a diverse group of people. This is especially problematic, since that one trait relates to slavery in the Americas and the mistreatment of indigenous people during the time period. There have been a myriad of online posts discussing this, and even videos highlighting why some people would rather identify with their home country or specific community. For instance, I’m a lot more likely to say that I’m Caribbean, or Puerto Rican and Dominican, than I am to say that I’m Hispanic.

When people aren’t aware of this history, it makes it easier for monolithic stereotypes to spread. Latinx and Hispanic are not interchangeable, and neither of them are a race of people. Because of years of colonialism, immigration, and slavery throughout the Americas, there are family members who may look different from each other because they come from a mixed background. I don’t have the same skin tone as my siblings, and we all have different hair textures. Some of my relatives have green or hazel eyes, despite having very dark skin or very curly hair.

Family members throughout generations don’t look like a single race of people who operate under a homogenized name.

If you don’t identify as Hispanic and/or Latinx, don’t let these specifics deter you from learning about the wealth of culture found in all the different Hispanic communities. Many of these labels are social constructs. And there are plenty of Latin Americans or Latinxs who feel differently than I do when it comes to how to identify and how to feel about those titles. If you’re ever confused about how someone culturally identifies, just ask. It’s worth learning for all the festivities that will be coming up this month. Latinxs are an ever-growing and ever-changing group of people, in and outside the United States. Our celebrations should be just as meaningful.