This video explains the language used in the transgender community, and why words are so important

We all need to strive to make our feminism and activism intersectional — and a significant part of that is educating ourselves about the transgender and gender nonconforming community. If you don’t know where to start, Amanda Montell and Kyla Stallman have got you covered with a video to help you learn the words that trans people know, but we cisgender people probably don’t.

Montell, who hosts the language-focused web series The Dirty Word on Wifey TV, sought the help of Stallman, a trans writer and performer, to provides a lingo lesson.

Trans Vocab 101 teaches the meanings of 11 words that are key to understanding the transgender community so we can speak to and about these individuals with words that are respectful and logical. 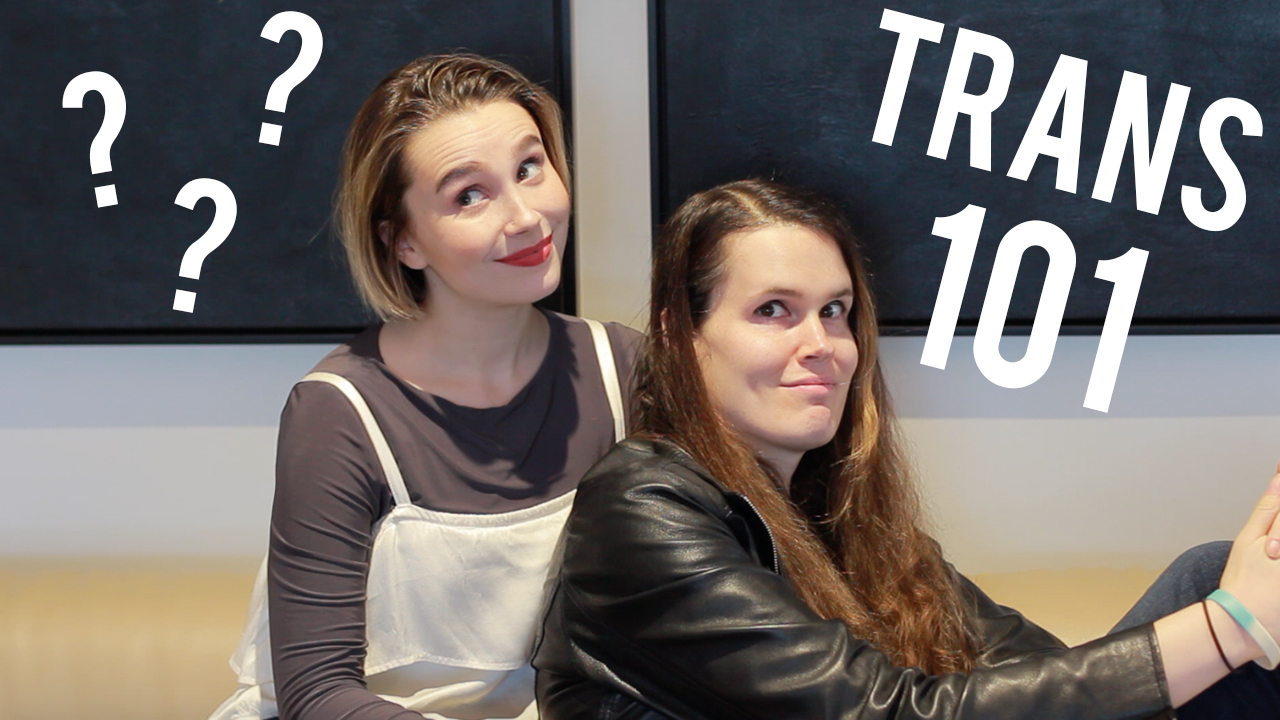 For example, the acronyms AFAB and AMAB had me stumped, but they make total sense when Stallman explains them. They stand for “Assigned Female at Birth” and “Assigned Male at Birth” — rather than saying a person was born “genetically male” or “genetically female,” this is a more accepted term in the trans community.

Stallman explains that, as a trans female, she was assigned male at birth — but we should refer to Stallman and other trans women as AMAB rather than “genetically male.”

We also tend to refer to medical procedures as SRS (sex reassignment surgery) — but a more appropriate term is “gender affirmation surgery.”

The women also discuss what it means to be non-binary — a term that applies to people who don’t identify with either gender.

Watch the entire video to learn the meanings of HRT, dysphoria, FFS, and other words, acronyms, and phrases we should all know.