In happier news, the Boy Scouts have made a major step forward for trans rights. This marks a momentous occasion for the Boy Scouts of America and transgender rights as the organization declared a new program for the trans community.

When it comes to transgender rights and projects, you don’t usually think about children’s organizations, and that’s why this news is all the more exciting.

On Monday, Boy Scouts of America announced that they are now going to allow transgender children to join their organization, which is HUGE.

In a statement from the group, via the Associated Press, the organization note that children who identify as boys, will be able to join the Boy Scouts — effective immediately!

“For more than 100 years, the Boy Scouts of America, along with schools, youth sports and other youth organizations, have ultimately deferred to the information on an individual’s birth certificate to determine eligibility for our single-gender programs,” the statement reads. 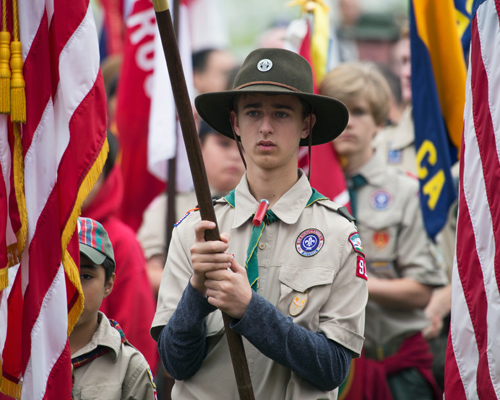 "However, that approach is no longer sufficient as communities and state laws are interpreting gender identity differently, and these laws vary widely from state to state," it continued. "Our organization's local councils will help find units that can provide for the best interest of the child."

This announcement was made after one eight-year-old transgender child was asked to leave his troop, once his transgender identity was known.

While it’s upsetting that one child did have to suffer the pain of being excluded, his story has allowed others to be a part of such an iconic institution without any problems, which is SO great.

This is definitely a step in the right direction and we’re so happy to hear the Boy Scouts are doing what’s right.