To make sure she played the role just right, Kazan spoke with the IRL Emily.

She wanted to learn about what Emily went through as she and Nanjiani worked their way through cultural differences — and a mysterious illness that she came down with.

“I wanted to make sure that her voice was represented even when she wasn’t physically there, but mostly it just was so fun to get to hang out with her,” Kazan continued. “She’s a really cool woman, and I feel lucky that she gets to be my buddy now.”

And look, here’s them being buddies! They were the actual cutest hanging out at the L.A. premiere. 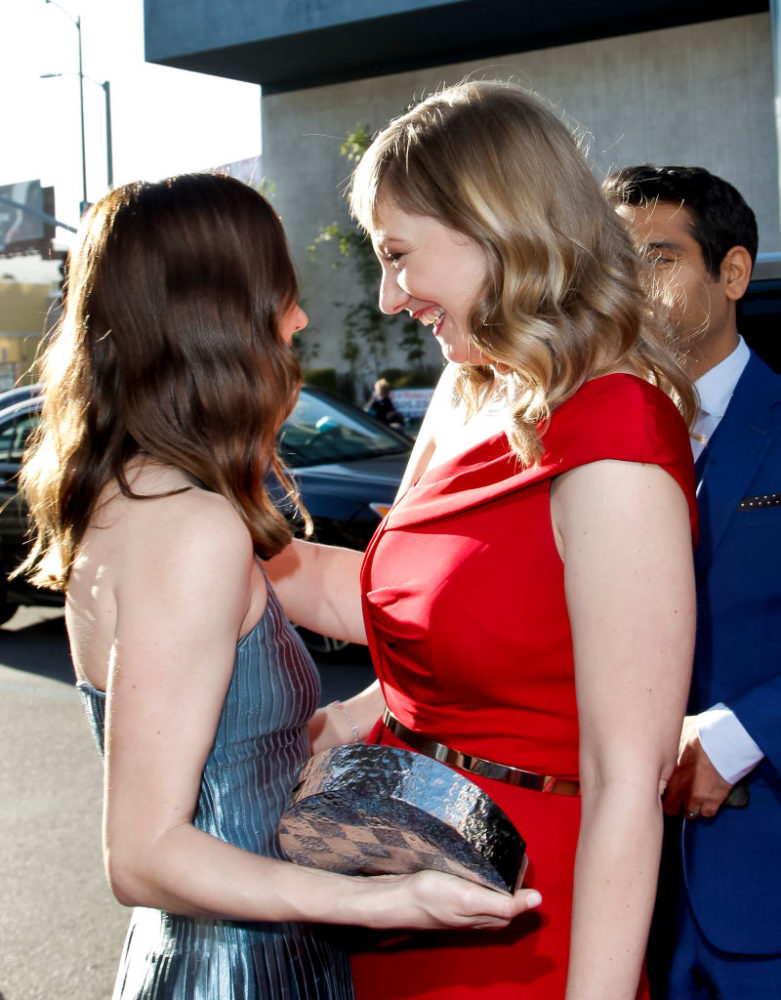 Kazan then expanded on that “voice” she mentioned.

“Emily the character and Emily the person are slightly different,” she said. “Emily the person — she’s strong, she’s outspoken, she’s kind, she’s emotionally intelligent, she’s deeply feminist, she deeply cares about the state of the world. She is an easy laugher. It’s really fun to make Emily laugh; she’s got a beautiful laugh. And she’s got a real backbone.”

Gordon spoke to what it was like to see Kazan play her, and what the actress captured beautifully about her story.

"If you're going to have an actress play you in a movie, let it be Zoe Kazan," Gordon said, and we think we can all agree. "That's my advice for everyone."

“She did a great job and it’s hard to talk about this without sounding like I’m complimenting myself,” Gordon went on. “She can joke around with everybody, but still is serious about herself and that was something that was really important to all of us — and I think she did it kind of effortlessly.”

We can’t wait to see Kazan’s take on Gordon now that The Big Sick is in (limited) theaters.