Set at an isolated girls’ school in Virginia during the Civil War, writer-director Sofia Coppola’s The Beguiled tells the story of what happens to the women when a wounded Union soldier, John McBurney (Colin Farrell), wanders into their world.

That’s largely thanks to the work of costume designer Stacey Battat, who leaned into the filmmaking team’s ethereal vision through gorgeous dresses, skirts, and blouses with a very magical quality to them.

Here, Battat tells us the inspiration behind the costumes in The Beguiled.

HelloGiggles: What was the mood and tone you wanted to set through the costumes?

Stacey Battat: We talked about it as a group — Sofia, Philippe Le Sourd [the Director of Photography], and Anne Ross [the Production Designer]. We discussed what kind of a world we wanted to create, which was one that was ethereal, floaty. We wanted the light to pass through the trees, the dresses. I think the choices in the colors, in the fabrics, were all based on the overall look of the film.

HG: What were your inspirations and references for the costumes? And how did the 1971 film influence you, if at all?

SB: The 1971 film did not influence me at all. Sorry to disappoint everyone who keeps asking.

HG: Not at all, that’s a choice! But I’m curious, why didn’t it influence you?

SB: I want to be able to create, have it come from an authentic place within my mind. So, while I think it’s really important to know the rules of how people dressed in the Civil War, I don’t want to know how someone else interpreted the story. But also, our story is the story that Sophia wrote; our story is a different story. It’s a story that is from a woman’s perspective. I just don’t like to be influenced by other ideas. I know what my own ideas are, so I generally don’t look to the original to inspire. 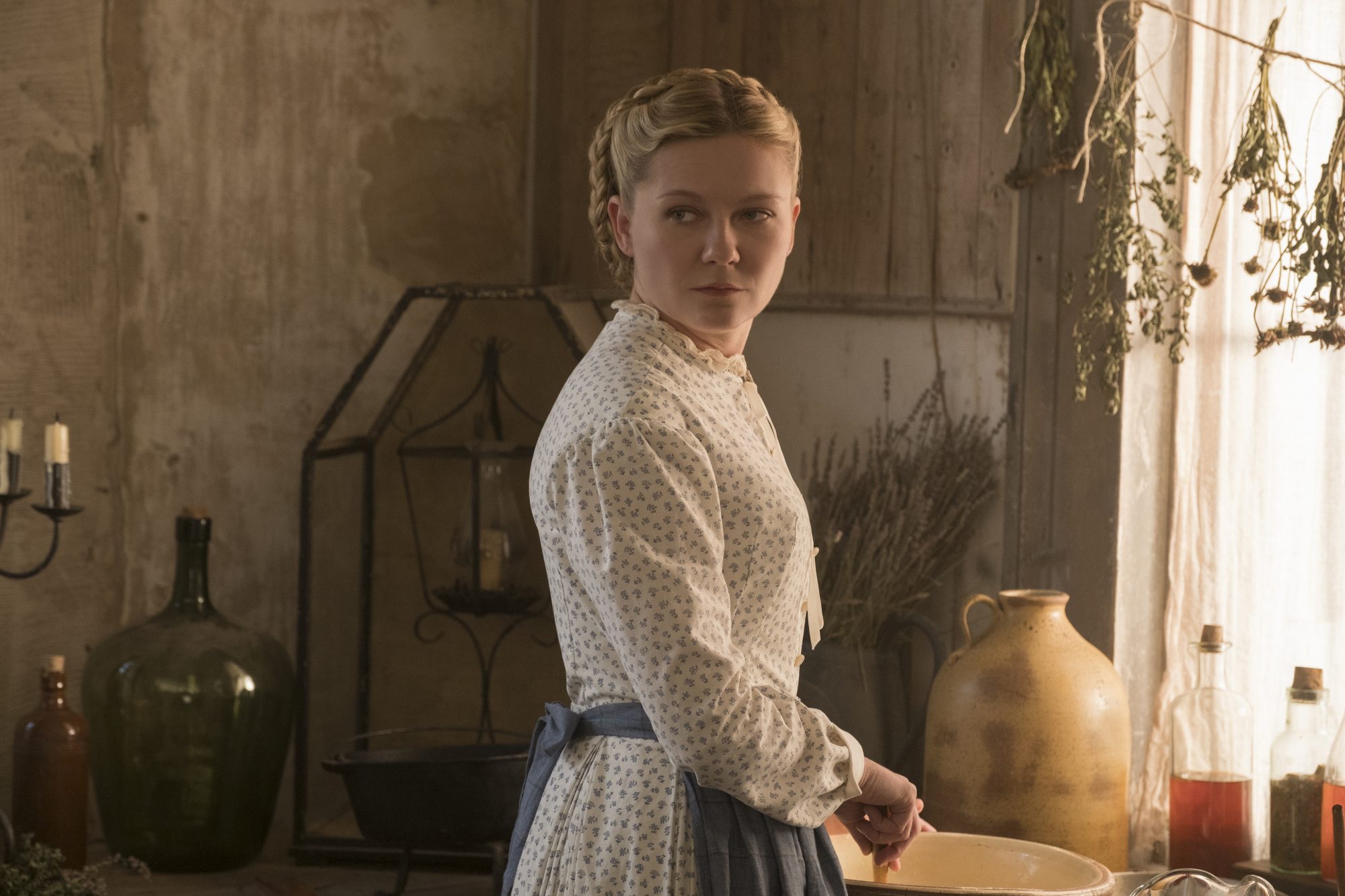 HG: If not the original, where did you find inspiration?

SB: I went to The Metropolitan Museum of Art. They have a wonderful textile department. So I looked through all of the textiles there, the ones from the 1800s. I was lucky enough to be able to look at their clothes that they had from that time period, so that was all very helpful. I [was in] England last summer and I popped into the Victoria and Albert Museum, and looked at the stuff they had on view. A lot of artwork influenced me, various books about the Civil War, and stories. When you think about who these women are and the fact that they’ve been left there and can’t go out on their own, because they will get raped or killed, so they have to stay in this house — all of that served as inspiration.

HG: You’ve worked with Sofia previously on Somewhere, The Bling Ring, and A Very Murray Christmas. How would you describe your working relationship, and how did you work together on this film?

SB: We worked very well together. I love working with her. She’s decisive. She’s kind. She’s everything you want in someone who is your boss and collaborator. Over the years — not just me and her, because I also worked very closely with Anne for sets, and talked to Philippe about light — all of us have developed a very good way of communicating and we just understand each other. I think [that’s] what it’s mainly about, having the same visual lexicon and being able to express those things in a way that people that need to know understand. 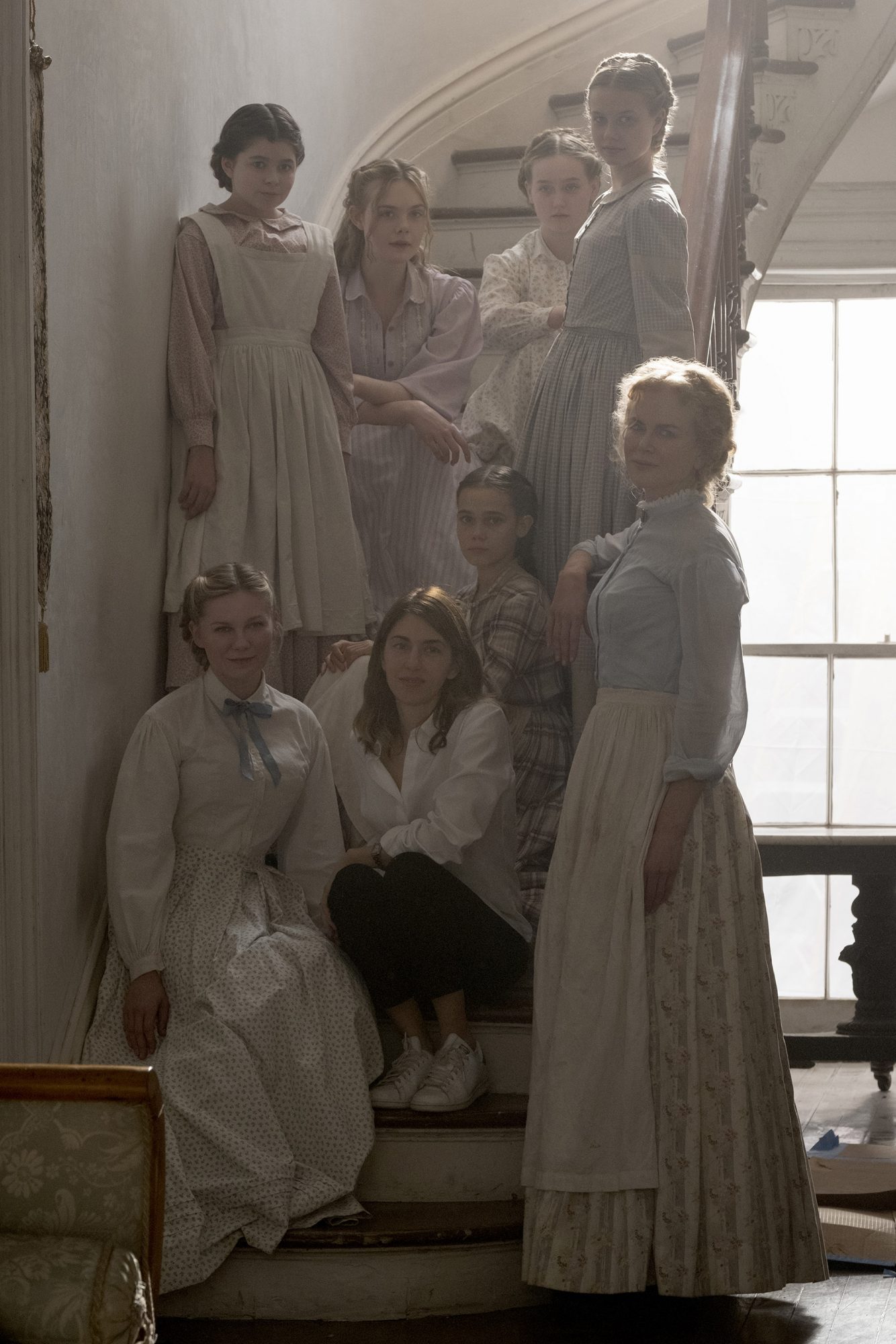 HG: How would you characterize the styles of Nicole, Kirsten, and Elle’s characters?

SB: I think of Nicole as being in charge, Kirsten as being romantic, and Elle as being naughty and nice. Elle has an innocence, but she’s also kind of naughty.

HG: There’s a lot of overlap with their silhouettes and styles, so how did you go about bringing the individuality to each of the characters, even in the small details?

SB: With Elle, there’s a lot of ruffles and I felt like the ruffles were younger. So even though the silhouettes are really similar, no one else has a three-ruffled skirt or ruffles in the bodice. With Kirsten, I wanted her to feel romantic. Her skirts have a lot of pin tucks at the bottom and that’s a detail that’s only for her. Also, her sleeves were a little bit different. They were closer to the arm and a little bit sheer.

With Nicole, she didn’t wear a lot of color. I wanted her to feel in charge. One of the silhouettes she has is a bodice that’s similar in shape to a vest. I chose that because I felt like to the modern eye, there’s something about it that feels masculine — even though it is a silhouette that was used in the Civil War, and there were lots of women who wore that.

She also wore pocket watches. She sometimes had a watch chain and she wore chatelaines which…you would clip to your belt and [you’d attach] scissors, a little stamp container, and stuff that you would need if you were the head of household. She also had reticules, which are these little bags that attached to the belt and you could assume was full of stuff that she would need [again] as the head of household, like stamps, pens, little notebook, and datebook. 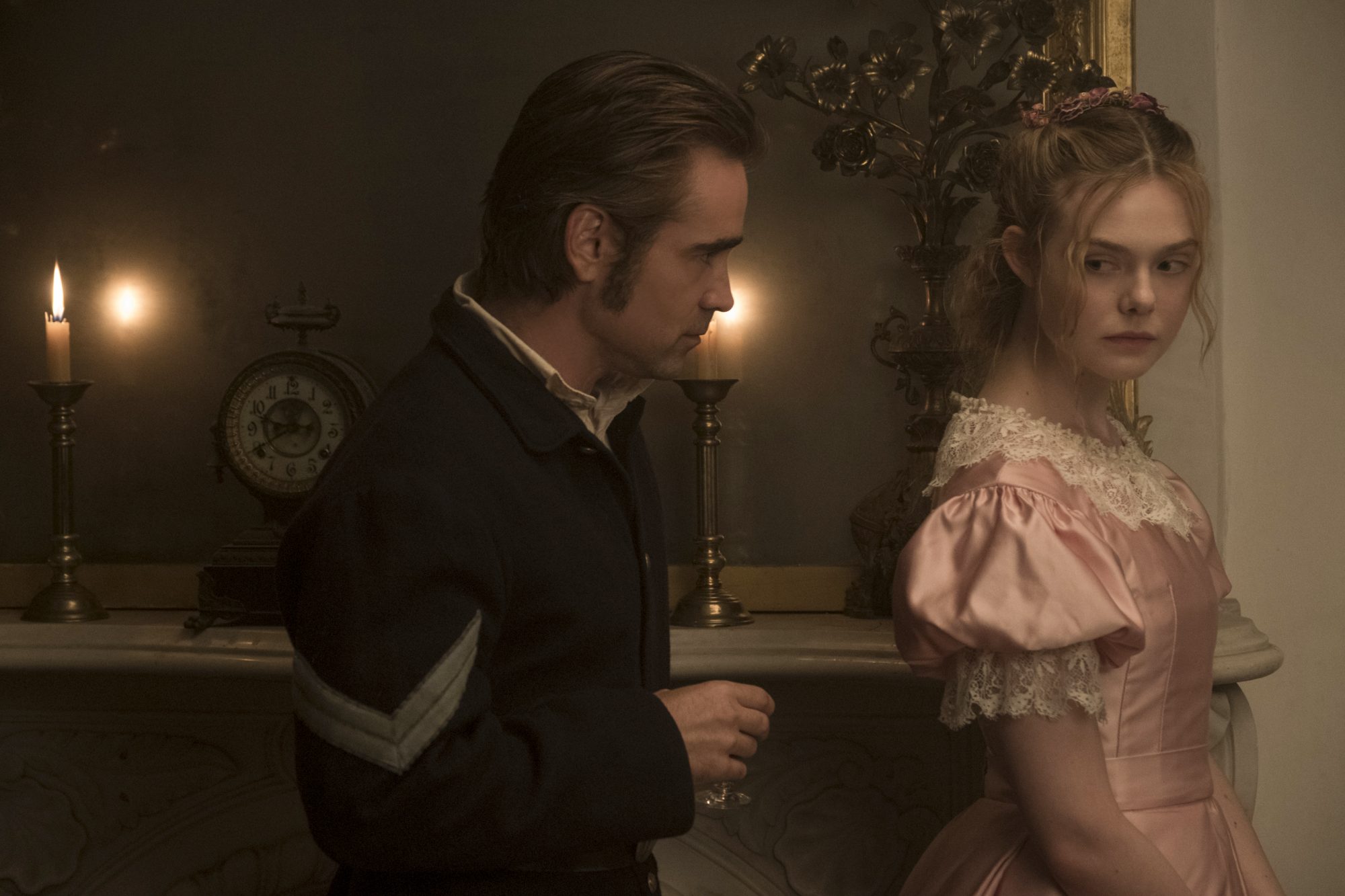 HG: How would you describe how their styles evolve from day to night?

SB: They didn’t dress up for dinner after a certain point. What was the point? It was just them. They were like, “Oh, we don’t need to dress up anymore because there’s no one here and there’s no one to dress for.” Then [John] comes, and then he comes to dinner, and they go all out. So they’re wearing their best and there was something fun about that, putting them in their evening attire. But, I like their day dresses better.

HG: How did you go about giving the costumes a modern touch, but still keeping them true to the Civil War era?

SB: I tried to stick to the silhouettes that people wore, but I did take some liberties in some of the fabric choices. And there are a lot of light colors [that] might not have been traditional for that time because women were in mourning. So there is an element of that, that I feel like is something that we chose to do and it was more appealing to modernize in [that way].

Then there’s just some of the small details, like the dresses. The evening dresses are much less embellished than they would have been at that time. But that’s more appealing, at least to my eyes. I can’t tell you exactly, but [there’s] definitely something about it that makes it feel modern, but also…then.

The Beguiled is currently in limited theaters, and will go wide on June 30th.