Update (4/6/16): After I read several comments that pointed out my “after” picture looked like it was brightened or Photoshopped, I took a new “before” and “after” photo that wasn’t affected by natural sunlight. I didn’t alter the previous photo in any way —however, I probably did pose in a slightly different angle in the “after” photo.

When I wake up in the morning, I look tired. PROBABLY because I have a habit of binge-watching shows until 2 a.m. and then waking up at 7 a.m. for work, and five hours isn’t nearly enough beauty sleep and it definitely shows. After a few days, a smudge of indigo appears under my eyes, and it’s not cute.

Enter Maybelline’s Instant Age Rewind Treatment Concealer. It’s technically designed to cover up dark circles under your eyes, but I discovered you can just use it all over your face, too. Since I ALSO have blemished and an uneven skin tone, this product is like a 3-in-1 without even TRYING TO BE. It covers the dark circles under my eyes, it covers up any zits, and it evens out my face. It’s basically the perfect skin product and I’m infinitely happy I came across it. 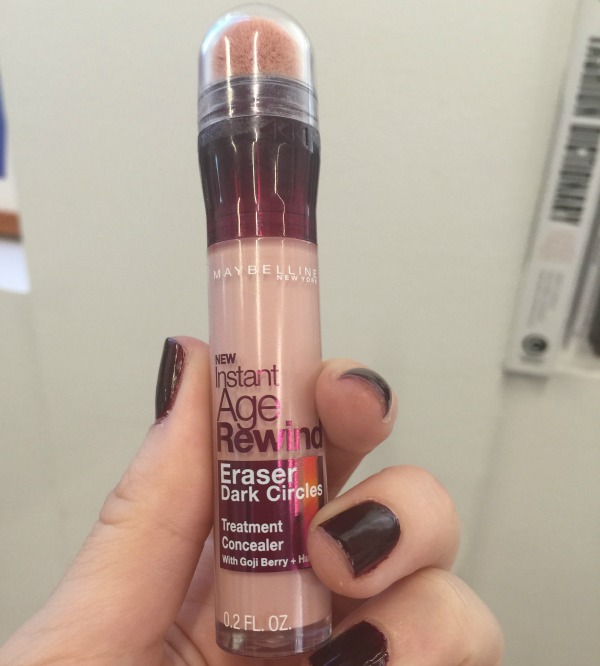 What I love about it is that you don’t need a brush or sponge to apply it —it already comes with one. All you have to do is twist the top for concealer to come out, and then you brush on the product wherever you need. I dab my “T” zone —my chin, nose, and forehead, and also generously apply some under my eyes and wherever I have a breakout. After blending it in, the treatment concealer reduces redness in a way that looks natural, and feels light.

When I came in to work, a co-worker told me I looked “dewey,” which is basically the highest praise one can get if she/he has capricious skin (dry AND oily, blotchy, and prone to breakouts).

To the left is what my skin looks like in the morning with no product on it. 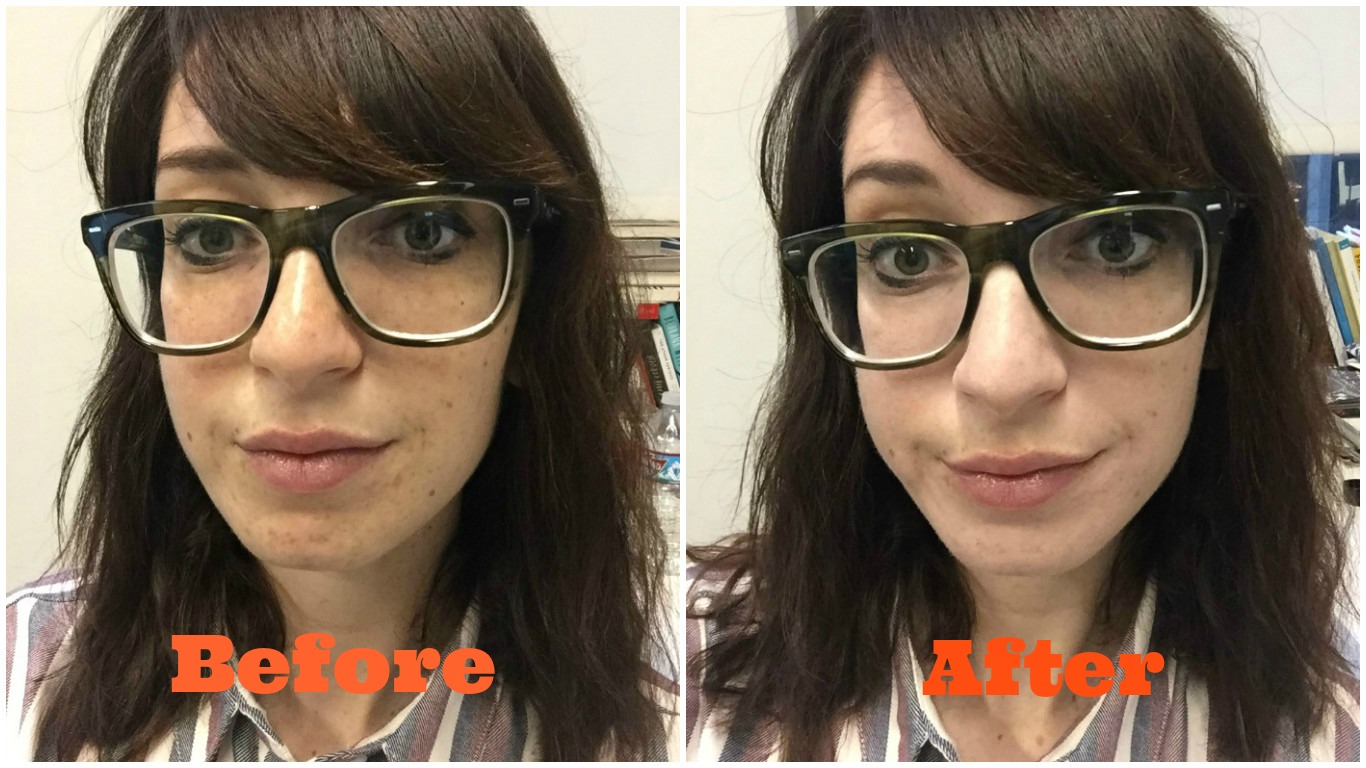 And to the right is after I’ve used the treatment concealer. My skin looks brighter, healthier, and not subjected to only five hours of sleep. All the YASS.

You can buy this product at Ulta for just nine bucks!