Wife, mother and 2017 Golden Globe nominated actress Thandie Newton is delivering a lot more than stellar television performances these days. Slaying red carpets seems to be on her agenda, as well! The Westworld star was spotted at the BAFTA Tea Party in Beverly Hills yesterday rocking the hell out of a crazy, polka-dot dress, and we’re obsessed with it.

Draped to one shoulder, the black and white masterpiece isn’t one that we would see often, and that’s why we like it so much. It’s out-of-the-box, yet super simple and chic!

Thandie Newton showed off her polka-dot dress at the BAFTA Tea Party yesterday.

She paired it with some gorgeous red minimalistic heels — giving her black and white look a pop of color. 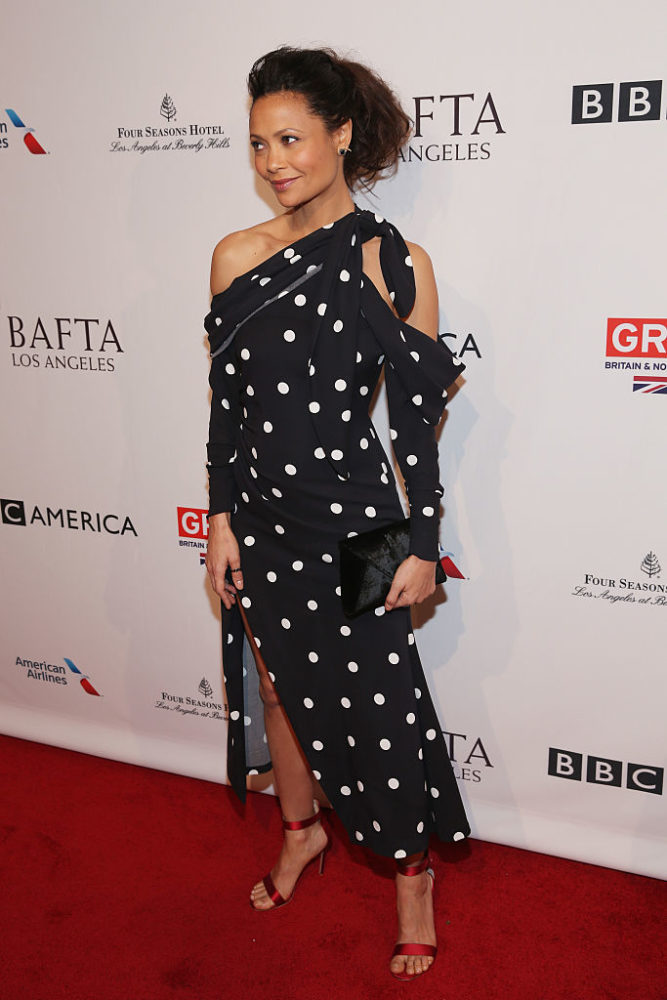 There’s so many layers to the look! The dress drapes to one shoulder, and ties at the neck to give a little keyhole action to the other. We love that its long-sleeved, but manages to show off some skin at the same time. And the slit is everything!

Needless to say, Thandie’s look was one of our favorites from the event. We can’t wait to see what she puts together for the Golden Globes! If it’s anything like this, we know it’ll funky and fun.