It’s been over a month since Making a Murderer premiered on Netflix, and the real-life story keeps getting more complicated as details unravel and are brought to light —and to the Internet.

Today, one of those details comes in the form of a clue in a photo of Teresa Halbach, the 25-year-old photographer whose remains were found on Steven Avery’s property and whose murder has put Avery behind bars for life. 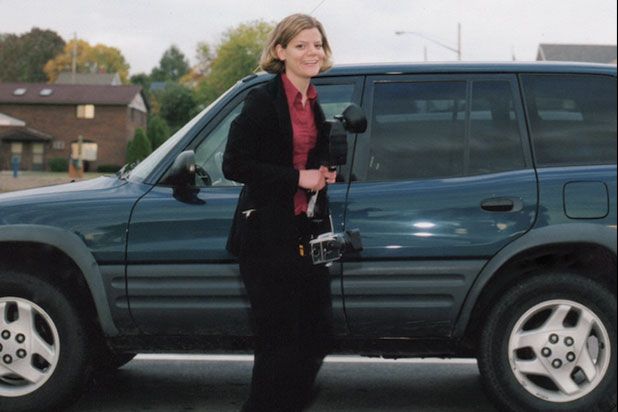 Whether Avery actually committed the crime is anyone’s guess, but as Rolling Stone reports, Internet sleuths noticed something about the photo that Avery’s defense attorneys didn’t: Halbach is carrying a set of keys as opposed to one key, which could support the claim that Avery was framed with the planting of the single car key that was found in his home upon police investigation.

“We were only two minds,” Jerry Buting, one of Avery’s defense attorneys on his 2007 murder trial (along with Dean Strang), said to Rolling Stone for the story published yesterday. “What I’m discovering is that a million minds are better than two. Some of these people online have found things with a screen shot of a picture that we missed.”

It’s definitely worth looking into – I mean, why would Avery have taken the single key off Halbach’s key ring if he did kill her? And regardless of who did kill Halbach, where are the rest of the keys?

Buting went on to note that he has looked at the photo in question quite a number of times, and that the other keys on the key ring were never recovered. He thinks the evidence could be useful if Avery were able to receive a new trial, adding that, “These kinds of new facts that a million minds have collectively come up with might be addressed and presented to a new jury.”

We wonder if Front Page: The Steven Avery Story, a Making a Murderer special, hosted by Dateline NBC, will touch on this new evidence.  And we hope this case will someday soon truly be solved — by the books —so both the Halbach and Avery families can move forward.