Tenbeete Solomon, aka Trap Bob, is no stranger to taking risks. The designer, visual artist, illustrator, and animator has single-handedly written her own narrative, and she told us how to do the same. Since founding her freelance design company Trap Bob World, Solomon has created projects for Missy Elliot, Elizabeth Warren’s campaign, Pabst Blue Ribbon, and March For Sisterhood, to name a few—and she’s just getting started. But it wasn’t easy getting to where she is today—Solomon put in lots of hard work, heart, and hustle.

Before she was Trap Bob, Solomon began her career in marketing after studying at the University of Maryland’s business school. Feeling disconnected from her work in marketing post-grad, Solomon started drawing to relieve stress, and instantly felt at home. From then on, she geared her life toward an artistic path. While still working for an interior designer in Washington DC, Solomon prioritized her art on the side by sharing her work on social media and hosting over 50 art shows in one year.

"I was eager to get my name out there," Solomon tells HelloGiggles. "I wanted to have my audience come on the journey with me as I was growing into my craft and finding my style."

With this passion and tenacity, Solomon quickly made a name for herself, and when her interior design job fell through, she decided to take the leap into full-time freelancing, and she’s never turned back. Solomon talked to us about trusting yourself to pave your own path, even when it’s unknown—in her mind, that’s when you know you’re doing something right. 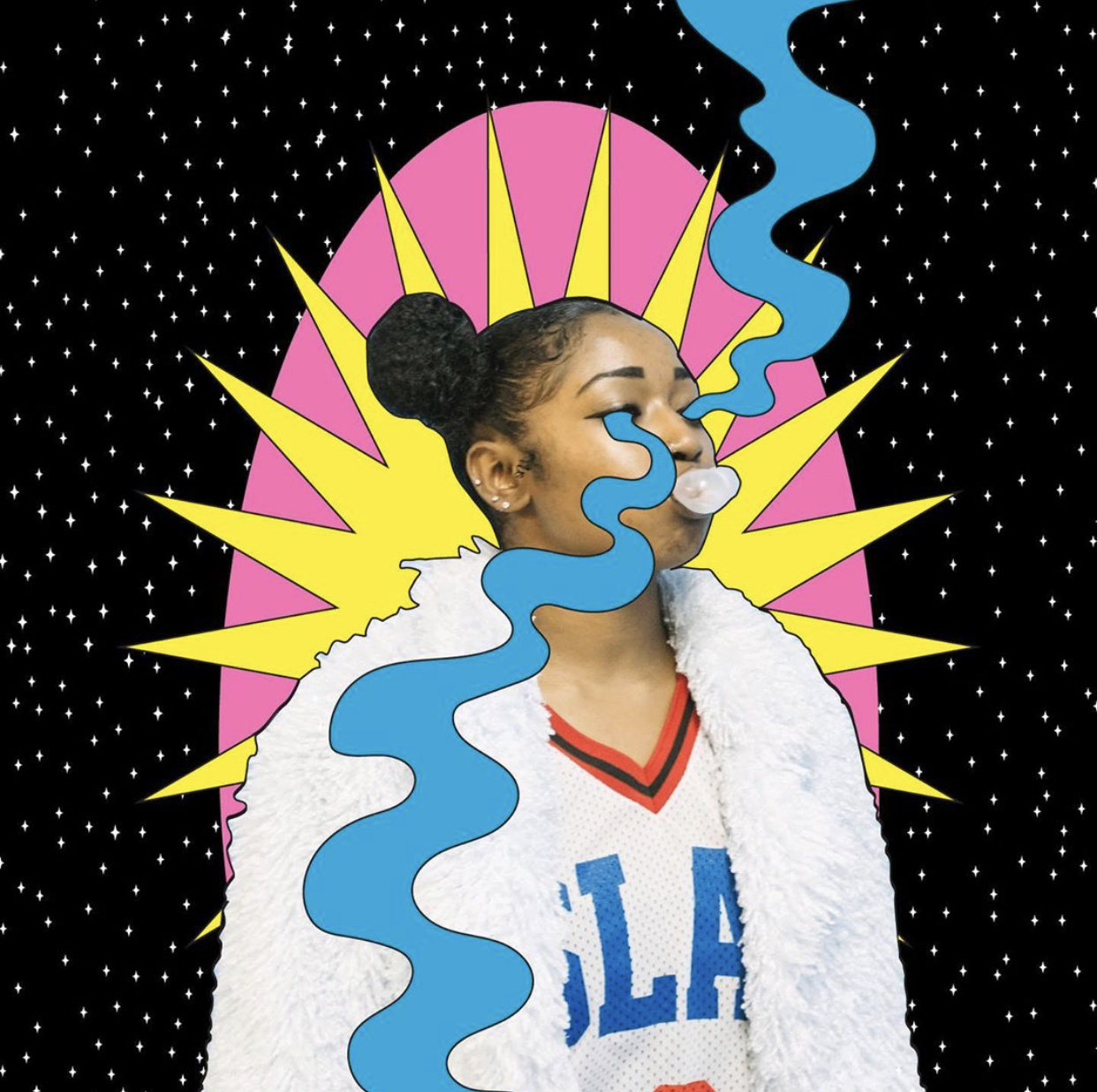 Letting go of fear is the first step toward getting where you want to go.

“I think fear is the most dangerous thing you can have, because it will stop you from every opportunity or chance that you need to take to get to where you want to be. That even comes down to just being yourself—not being afraid to make decisions that make sense to you and might not make sense to the people around you.

"Ditch any fears and just practice as much as possible. Always challenge yourself and never get comfortable. I think to really find yourself, you have to try everything and you'll know what is really for you because it will come naturally.

“In the beginning I was so worried about figuring out my style, but I learned that it really comes along naturally as you learn, explore, and practice. Now my voice feels very much like I’m looking in a mirror, and it’s not something that can really be explained but for me it’s the ultimate form of self-expression.”

Sometimes, you have to be your own mentor.

“Sometimes, being different can be lonely or seem confusing or wrong. You don’t have anything that’s verifying you or letting you know that what you’re doing is right. But when that happens, I think that’s when you know you’re on the right path. [Ideally], you want to have someone as a mentor that can give you advice, but sometimes what you’re doing is the first [of its kind], so you have to be your own mentor. You have to believe in yourself to really take the steps toward representing yourself.”

There’s totally truth behind the phrase “fake it until you make it.”

“I really believe in that whole ‘fake it till you make it’ thing. If you live out the persona and image that you want, I think you kind of grow into it eventually. [When I was starting Trap Bop World], I told myself to think like I was any large company that would be taking care of their business. I compared myself to Apple, Google, or whatever major corporations I knew were good in business. Especially coming from business school, I always tried to keep my standards high, even when I didn’t feel like I was necessarily at that level yet.”

Being consistent with your efforts will land you in the place you want to end up.

“The more you focus on your work, share your work, and market yourself, good things [will] come. The issue of not making it really only comes up when you quit. If you’re fully committed and it’s really what you love, there’s no way that won’t work out for you in some way. A lot of times, you don’t even know exactly what you want to do in your field until you really get out there, experience it, and try and fail. You can’t be afraid of failure because that’s where you do your learning. I think that’s the most important part of the process, and if you can get yourself to understand that and to not be discouraged by that, then you have all of the potential you need to get where you want to go.” 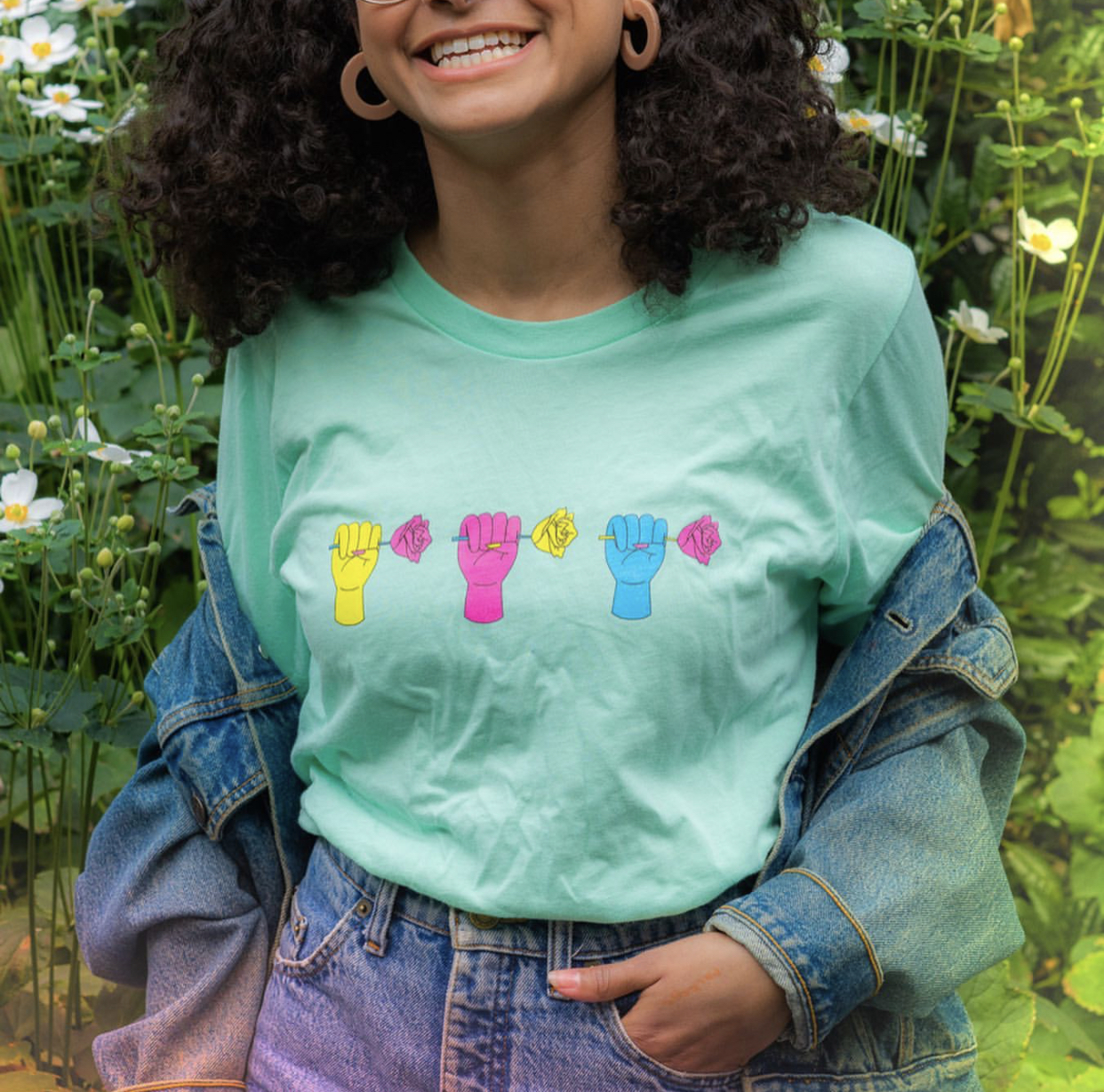 Get to know your limits and learn to say no, even if you don’t necessarily want to. The quality of your work will thank you.

“I try not to do too much jumping around in one day, because it messes with my focus. I want to make sure I’m giving my all to everything. I’ve learned about when I have to say no, or when I might have to delegate to someone else because I can’t take everything on. I’m the type of person who wants to do everything, help everybody, and do as much work as I can. The more that I’ve grown into my craft and freelancing, I’ve learned how that can damage my work by spreading myself too thin. I try to find a balance every day between working and also taking care of myself.”