Tell us something we don’t know: Stress is on the rise in America

If you’re sleeping less, feeling more anxious, and just generally stressed out — you’re not the only one. A new survey from the American Psychological Association reveals that, thanks to the 2016 election, stress is on the rise in America.

The “Stress in America” survey was first conductedin August 2016 — before the election but during the campaign — and again in January 2017, after Donald Trump had been elected president. According to the APA,

"Between August 2016 and January 2017, the overall average reported stress level of Americans rose from 4.8 to 5.1, on a scale where 1 means little or no stress and 10 means a great deal of stress...This represents the first significant increase in the 10 years since the 'Stress in America' survey began."

And the majority of that stress has been triggered by the results of the election. 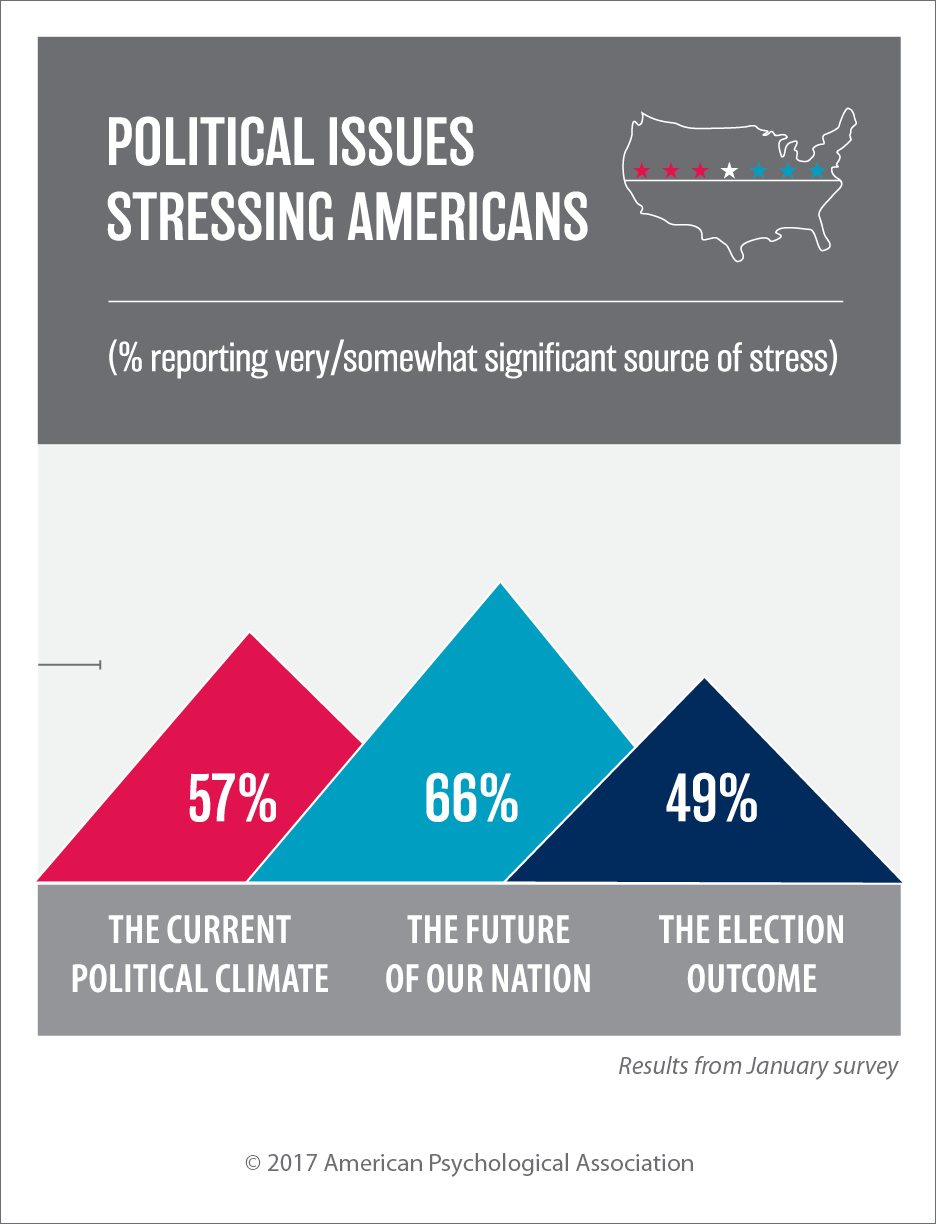 The survey found, predictably, that Democrats are more stressed than Republicans (72% vs. 26%) as are those in cities versus those in rural areas (62% compared to 33%).

But overall, the nation is more stressed than ever. 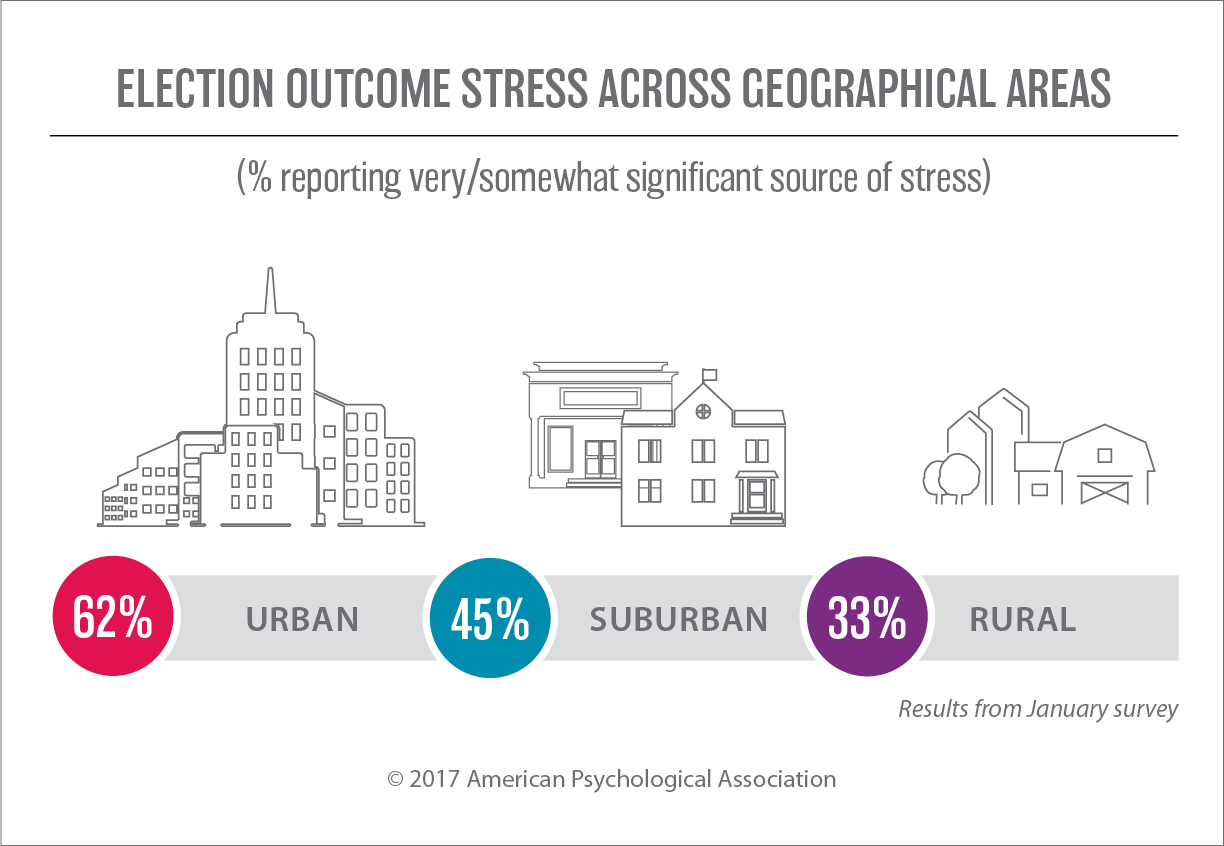 Americans are also increasingly concerned about police violence against minorities.

Between the August 2016 and January 2017 surveys, Americans across ethnicities reported higher levels of anxiety.

All this added stress is having an adverse impact on our health, too. The APA found that 80% of respondents reported at least one health symptom in January, compared to 71% in August. A third of Americans said they’d experienced symptoms such as headaches, feeling overwhelmed, feeling nervous or anxious, or feeling depressed or sad.

Katherine C. Nordal, the APA’s executive director for professional practice, has some advice for how to cope.

"If the 24-hour news cycle is causing you stress, limit your media consumption," she said in a statement. "Read enough to stay informed but then plan activities that give you a regular break from the issues and the stress they might cause. And remember to take care of yourself and pay attention to other areas of your life."