When this teen with a clubfoot was assaulted, she responded in the most inspiring way

Chloe Howard, 15, is a sophomore at her local high school in Santa Clara County, and last year, she had to go through more than any teen ever should have to: She was assaulted due to her disability.

“I was born with a severe clubfoot, a foot deformity that made my left foot upside-down and backwards [with] only three toenails,” Chloe told HelloGiggles. 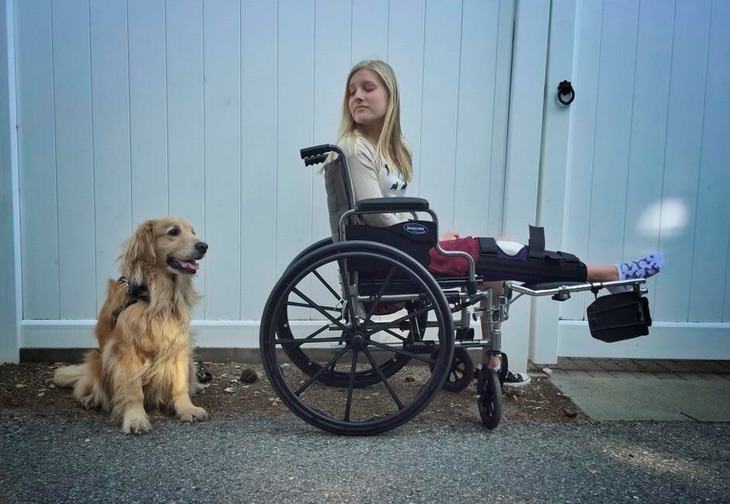 Chloe has gone through various operations ever since she was six only months old, and she’s had multiple rounds of casting and braces as well as countless hours of physical therapy. “Until my assault, I had always believed that the part of me that was different was beautiful,” she writes on her website. “A bully took that from me in an instant.”

However, Chloe is resolved to take back what was stolen from her, she told us. “My life has been hard at times — but I won’t let that stop me,” she said. “If anything, my deformity and assault have inspired be to be strong and share my story.”

And that’s exactly what Chloe did with her amazing STAND Beautiful campaign, which aims to “empower people of all ages to embrace their uniqueness and boldly face their beautiful selves.”

“When I started the campaign, I told myself that I just wanted to change or inspire one person. Just one,” she told us. “That was all I needed.”

When she was featured on KQED NPR, Chloe got what she was looking for. “[S]omeone commented on the NPR website,” she wrote. “. . . They wrote that my story changed them. Inspired them. They quoted my own words back to me, saying that [what I’d said] impacted them. They said that they don’t always think of themselves as ‘beautiful,’ but my story helped them see themselves a bit differently. While a couple more comments were written by different people, that one comment — that one response, that one person — was all I needed or could have ever hoped for.”

While Chloe has already achieved her goal of helping people one by one, she’s well on her way to changing the world on a much larger scale. She’s set out to redefine the word “normal” and empower others to love themselves and embrace their differences with her STAND Beautiful campaign. She’s created T-shirts on Teespring that say “beautiful” in her own handwriting “so that people have the opportunity to wear ‘beautiful’ on their sleeve — literally,” she told us. The proceeds go to old skool café, which is an organization that gives jobs to at-risk youths aged 16-22 and teaches them employment skills.

“People can [also] participate in my campaign just by changing their view of themselves and choosing to see themselves, and their imperfections, as beautiful,” she told us. “Everyone is beautiful. We’re all irregular, dysfunctional, or malformed in some way — whether it’s on the exterior or the interior.”

Being “normal,” Chloe told us, doesn’t actually exist. “Our differences make us who we are,” she said. “The parts of us that society deems ugly, or weird, or abnormal need to be embraced and loved. You are uniquely perfect, beautiful, and special. Rock those differences; embrace those ‘imperfections,’ because you are worth celebrating.”

We applaud Chloe for using such negative experiences for good and standing up for girls and women all over the world. We’re all beautiful – inside and out.