Taylor Swift may have just confirmed who “…Ready for It?” is really about

It’s fun to theorize about the meaning behind our favorite tunes, and there have been a lot of fan theories swirling around the internet since the release of Taylor Swift’s latest single “….Ready for It?” And the current leading theory is that “…Ready for It?” is about Swift’s BF Joe Alwyn.

Tumblr user @jencita is the one who brought this to light when she analyzed specific lines of the song and expertly connected them to the actor. This might not have been the biggest deal on its own (because again, fan theories are everywhere about this topic). BUT, Swift liked this particular one…which seems to indicate it received the seal of Swift-proval.

Here’s what the theory entailed:

For the line “younger than all my exes but he act like such a man,”@jencita concludes. “Although Alwyn isn’t the youngest ex (Conor Kennedy, Harry Styles and Taylor Lautner have him beat), he’s still younger than her past two, Calvin Harris and Tom Hiddleston.” 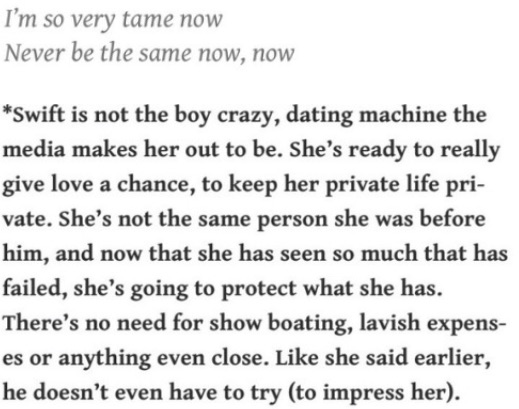 It’s fun to speculate, especially when we’re talking about living happily ever after! 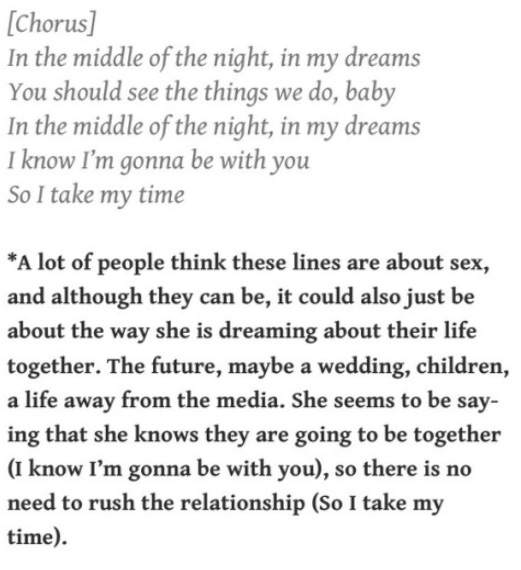 Who knows what the real story is, because Swift hasn’t technically confirmed or denied anything. Keeping us on our toes. Whatever the truth may be, props to @jencita for caring enough to go through the song in such detail. That’s dedication right there.

Now, let’s enjoy Swift’s track, “…Ready For It?”…because it seems like an appropriate time for a musical interlude.

So, what do YOU think?