The 2018 Grammys are a huge night for Little Big Town, as the group nabbed nominations for three awards, sweeping all the big country categories. But one thing that few fans may realize about their hit single, “Better Man,” is that Taylor Swift wrote the song, and what?!

Yep, it’s true: Though Little Big Town lost the award for Best Country Song, they did win the top honors for Best Country Duo/Group Performance, and it seems that none other than Taylor herself wrote the now-Grammy award-winning country hit.

We know that Taylor has written dozens of her own hit songs (she does have 10 Grammy awards in her possession at the ripe old age of 28!), but she’s also written plenty of massive hits for other artists, helping Little Big Town win their first ever Grammy for “Better Man” in the process.

In fact, the band was so honored to have Taylor at the helm of their single, they reportedly gushed about her involvement in a 2016 Facebook Live video upon its release. Singer Karen Fairchild told fans, “She sent us this song, and it was one that was really special to her. And she thought of us because of the harmonies, and she’s never pitched a song to anyone before.”

Karen added, “…the moment that we heard it we were like, ‘Man, that is a song that we’re gonna cut,” and thus, a smash hit was in the works.

“Better Man” is undoubtedly a breakup anthem, and there was plenty of speculation about whether Taylor was inspired by a famous ex…even more so after she penned “This Is What You Came For” under her songwriting alter ego name Nils Sjoberg with ex, Calvin Harris. But it seems we may never get an answer, as Taylor is notoriously ~mysterious~ about the inspiration behind her biggest hits. 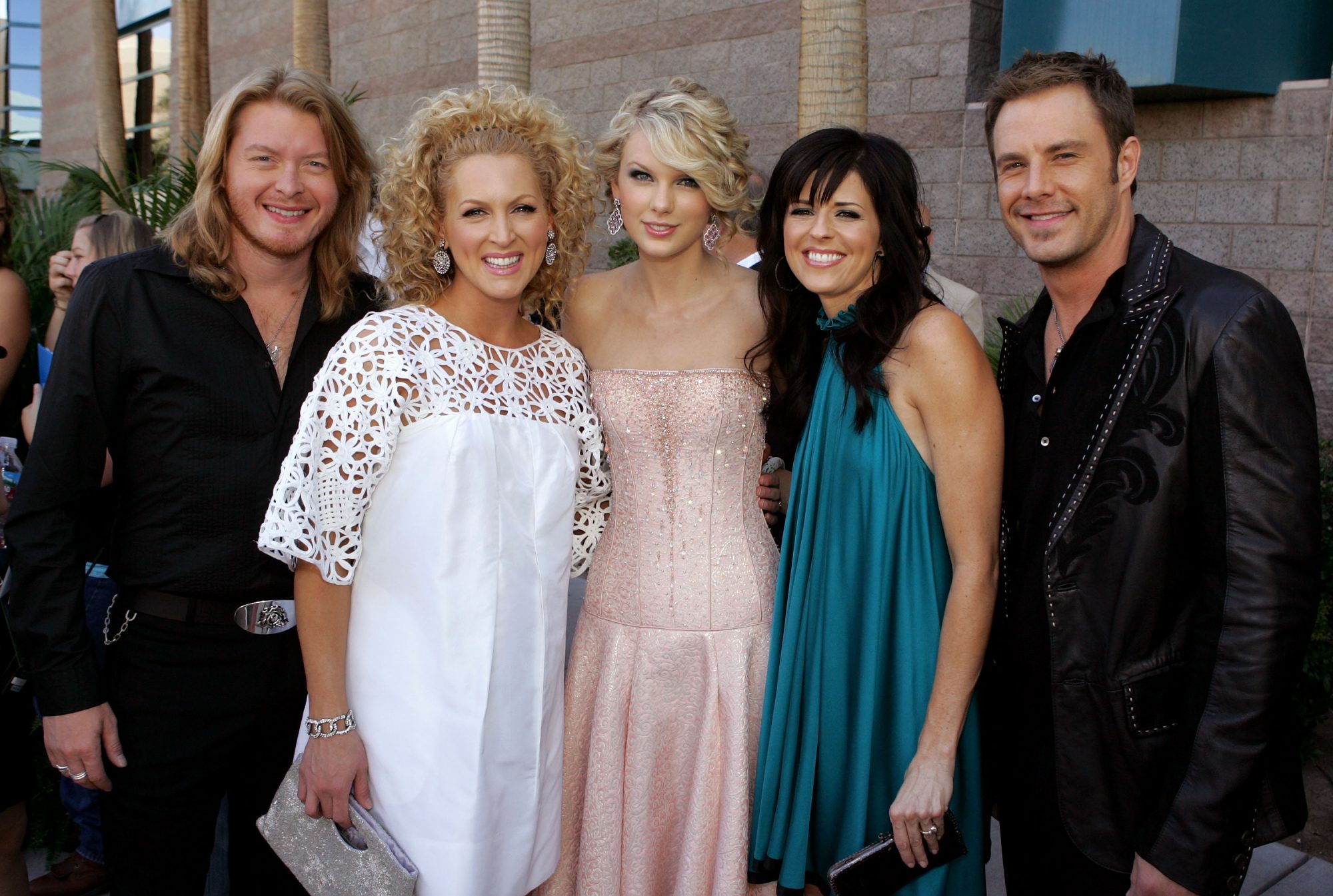 Still, we love that Taylor wrote such a catchy breakup hit for Little Big Town, and she goes way back with the band, as they’ve been friends for at least a decade. Taylor may be a total pop queen now, but she always goes back to her country roots, so we’d like to officially petition for these country powerhouses to team up again, and PRONTO. Pretty please?!