A timeline of Taylor Swift and Joe Alwyn’s relationship

The 2018 Grammys are officially upon us. And like its movie and television awards show counterparts, the only thing as important as the awards themselves are the official debuts of new (or largely under wraps) relationships. The awards show debut has served as a major milestone for celebrities since the beginning of time. Well, at least as long as gossip columns have existed. And this year, we’re hoping to see Taylor Swift and Joe Alwyn together.

The red carpet photo-op has come to signify that a relationship is not only public, but also pretty serious. A lot of couples wait to walk the red carpet until they’ve been together for a while. Or, they forego the whole thing altogether. Taylor Swift, whose relationships always make headlines, has taken both approaches through the years. When Swift dated Calvin Harris, they not only appeared all over Instagram together, but they also made a lot of public appearances together. Never on the red carpet itself, though.

But since her very public split with Harris and her summer romance with Tom Hiddleston, Swift has officially been under the radar. She’s reportedly been seeing British actor Joe Alwyn for about a year now. With Swift nominated for two Grammys in 2018 — Best Country Song for Little Big Town’s “Better Man” and Best Song Written for Visual Media for Fifty Shades Darker’s “I Don’t Wanna Live Forever” with Zayn Malik — there’s a chance Taylor Swift and Joe Alwyn may make an appearance on the red carpet. And while unlikely, Swift and Alwyn could finally take their relationship public.

But before we consider a Swilyn (we’ll keep working on their couple name) official debut, let’s take a look back on their relationship. 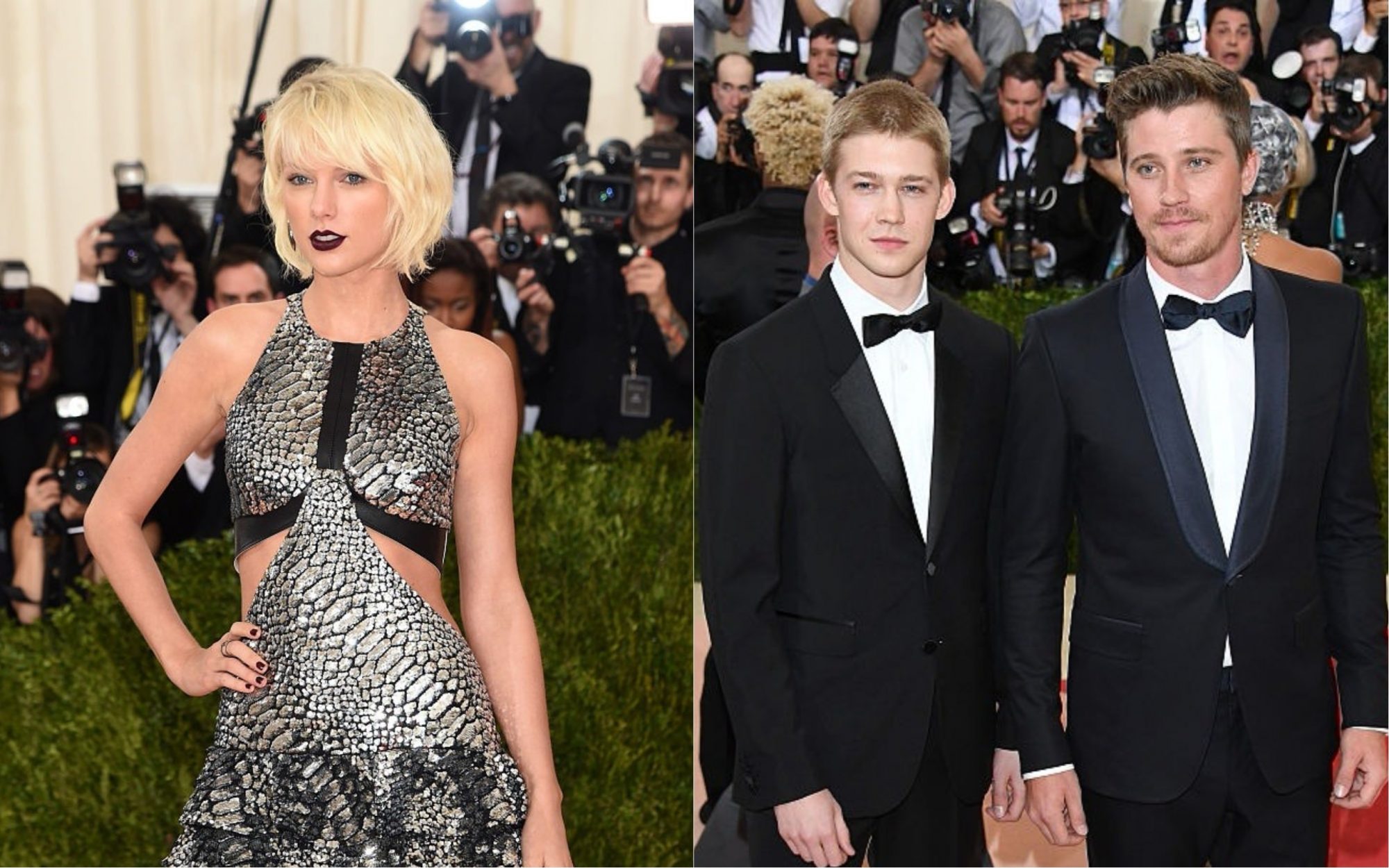 Taylor Swift and Joe Alwyn allegedly first met at the 2016 Met Gala. We have to defer to Reputation for details. On the track “Dress,” Swift refers to meeting Alywn at the event. The lyric “Flashback to when you met me, your buzzed cut and my hair bleached” clearly refers to Alwyn and Swift, right?! They were sporting a buzz cut and bleached hair, respectively, at the event. Awlyn attended as a guest of Billy Lynn’s Long Halftime Walk costar Garrett Hedlund. However, their relationship didn’t begin just yet. At that point, Swift hadn’t even begun her summer dalliance with Hiddleston.

While the public doesn’t know whether they met again between the Met Gala and October of 2016, a private Kings of Leon concert that fall seems to be the widely acknowledged alleged beginning of their relationship. Swift attended the concert with a slew of squad members, including Zoe Kravitz, Lorde, and Cara Delevingne, before retreating to the Bowery Hotel for an afterparty — which Alwyn also seems to have attended, arriving with Martha Hunt, one of Swift’s BFFs.

May 2017: Their budding relationship makes headlines.

The U.K.’s Metro reported that Swift, who’d been out of the spotlight for months following a very public 2016, had begun seeing Alwyn. They revealed that Taylor Swift and Joe Alwyn had been together for “several months.” 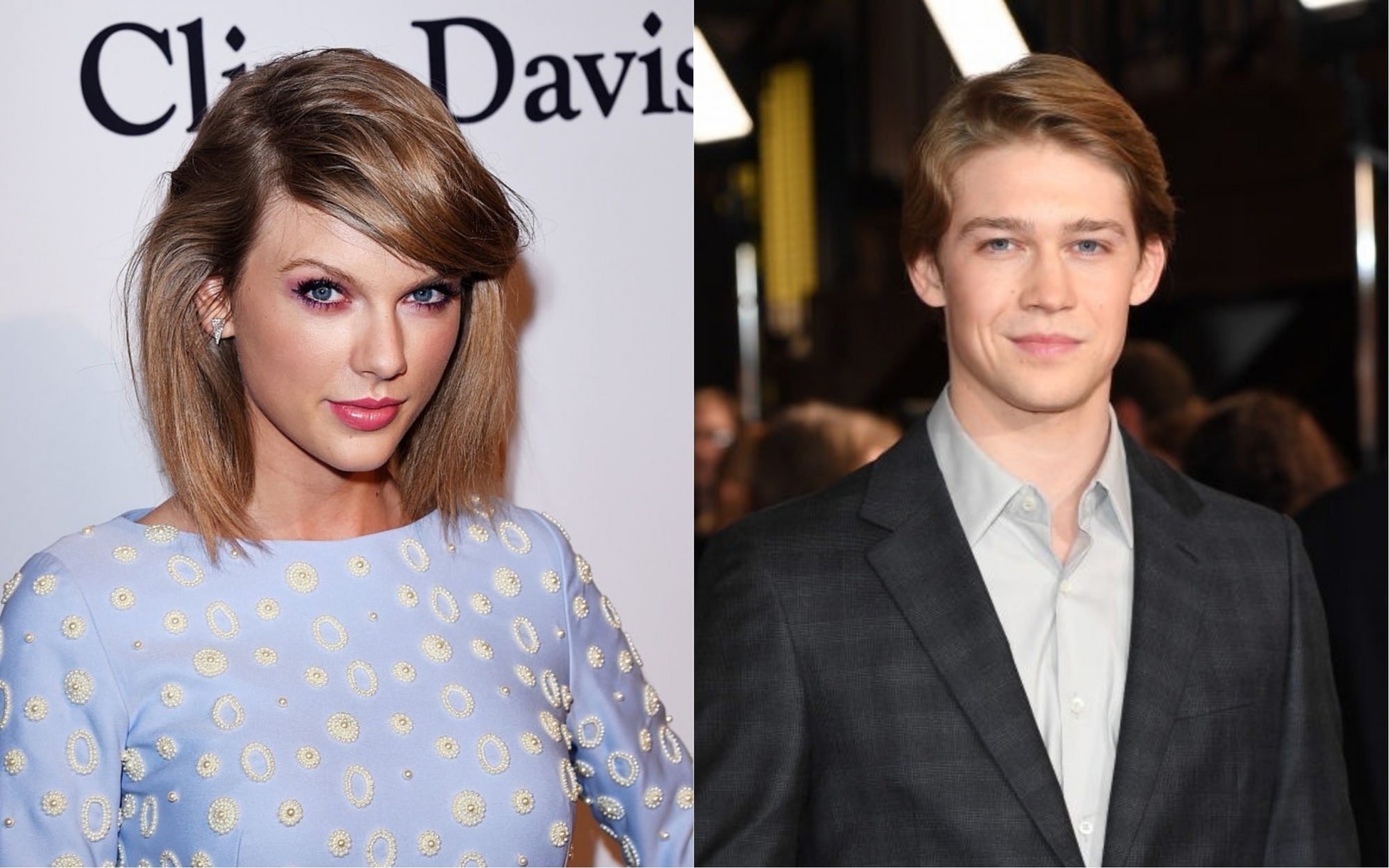 June 2017: The media reports that Alwyn has met Swift’s besties and the two are photographed together.

E! News reported that Swift had introduced Alwyn to BFFs Gigi Hadid and Selena Gomez, neither of whom attended the Kings of Leon concert. Paparazzi also *finally* managed to snap pics of the two sitting on a balcony in Nashville, where they look pretty happy.

September-October 2017: Swift drops hints about their relationship on Reputation.

In September and October, Swift dropped singles “…Ready for it?” and “Gorgeous.” As fans began to dissect the lyrics, trying to decide who the songs were about, Swift reportedly began liking posts that referred to the songs being about Alwyn. Additionally, fans who attended Swift’s Reputation listening parties revealed that she wanted everyone to know the songs are about Alwyn. 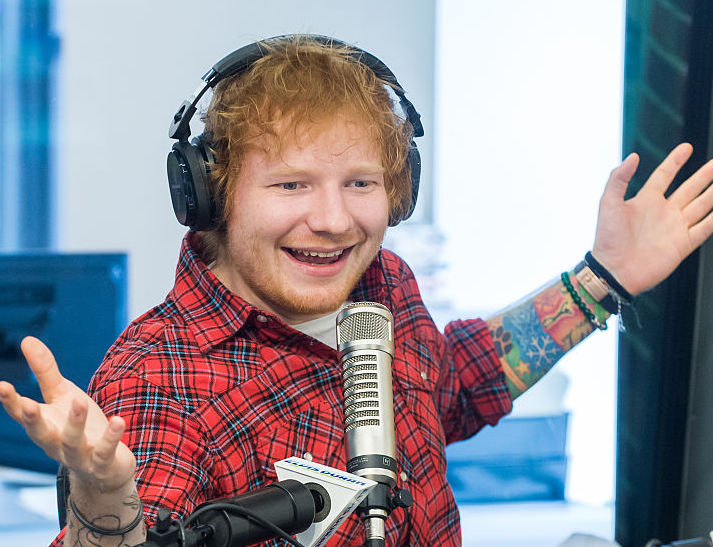 While the two had been reportedly flying under the radar for about a year, Swift and Alwyn kissed and cuddled while listening to Sheeran serenade them at the London stop of the Capital FM Jingle Bell Ball tour. Naturally, fans were living for this public display of affection. Set to the love songs of Ed Sheeran, no less!

We don’t know if Swift will be on-hand to collect her potential trophies at the 2018 Grammys. Little Big Town accepted the award on behalf of the songwriter during the CMAs in November of 2017. But we’re hoping that she (and Alwyn) surprise us!