How did we first hear about singer and songwriter Phoebe Ryan? Via Taylor Swift. Well, via Taylor Swift’s Instagram. Last year Taylor ‘grammed a hand written list with the title, “New Songs That Will Make Your Life More Awesome: (I Promise!)” Front and center on that list was Phoebe’s gorgeous song “Mine.”

After that, millions of people fell down the Phoebe Ryan rabbit hole. The 24-year-old artist has an EP out, is working on an album, and is the voice behind one of the freshest mashups we’ve ever heard. Phoebe spoke to us about her quickly snowballing career and, goodness, we’re obsessed.

Phoebe Ryan (PR): She kind of blew my mind with that. After the initial shock of it happening, I had even more respect for her, that she was willing to give a younger artist a shout-out and help promote their music. That was just a little thing that I think goes a long way.

HG: Did you know she was a fan before that happened?

HG: That’s amazing. I can’t even imagine. Backtracking a little in your own career, you started as a songwriter. Who were you writing for in your early days, and how did that experience impact your own songs?

PR: When I first started songwriting, I was working for Oh Honey and Skizzy Mars and Bea Miller, and other, young up-and-coming artists. I think just being able to get inside someone else’s mind — when I write a song for another artist I get a sense of their mind in some way — helped me get in touch with myself. When I’m in the studio working I’m able to channel this certain energy, and your skills as a songwriter just get better. You gotta keep it rolling.

HG: Going back to Phoebe as a kid, did you want to be a singer? Was this the forever dream?

PR: This is definitely a forever dream. I always imagined myself as a performer in any capacity — in theater, in movies — I just always wanted to do something creative and expressive.

PR: That’s a very interesting question. I’m not sure! I just want to write amazing songs, and I want to perform, and I want to keep the ball rolling and see how things unfold, if that makes sense.

HG: Absolutely. Two questions about your first solo release, which was the R. Kelly/Miguel mashup. What happens in your brain to make you be like “these two songs need to go together”? And why did you want want your first track to include songs that people had heard before?

PR: Good questions. The first thing about making a mashup, I had an incredible partner in making that mashup happen. I really think it took creative brain power from multiple angles to come together. It definitely wasn’t just me sitting there like, “Oh I think these two songs need to go together.” It was an open discussion, we were exploring, and it was definitely a collaboration.

HG: So were you trying to make a mashup?

PR: Not even necessarily that day, we were just in the studio having fun and I think we wanted to work on a cover song but then all of a sudden it became a mashup. I always wanted to put a cover out first, people love covers, and I just think it’s a really good way to make an introduction. It’s a good way for people to see what my style is, how I interpret things, and then I could put out my own music.

HG: I love that song. I also absolutely love your song “Mine.”

HG: It’s beautiful, I listen to it all the time, and I read your interview in Billboard where you told them it was one of your favorite songs you’ve ever written. So I wanted to ask, what the song means to you and how you know when you’re finished with a song like that? How do you know you’re ready to release it to the world?

PR: I know I’m ready to release a song into the world when . . . I’m so impatient, so I’m glad I have people around me who are like, “Maybe we should go back and fix this part.” I am a perfectionist, but I’m also just excited to get things out there, so I struggle between that balance.

I wrote “Mine” it in Nashville with Kyle Shearer and Nate Campany, and first of all the energy that day in the session was this amazing thing. That song means a lot to me because if you’re going through a really hard time in your life, it’s a reminder that you can pick yourself up and everything is going to be okay. You just have to trust yourself and love yourself. All that fun stuff.

HG: That’s a great message. I imagine that your life has changed a lot in the last few months — maybe I’m right maybe I’m wrong — but what is a day in your life like now?

PR: It actually hasn’t changed too much in the last few years. The only thing that’s different is that I do more interviews and go play more shows. But other than that I’m still a studio rat, and being in the studio and writing is my every day world. Meeting new producers, new songwriters, working with old friends, and always, always writing. So it’s not that different, but at the same time it’s totally wacky that I have people reaching out to me on the Internet who are from, like, Brazil and are huge fans and I’m thinking, “Okay this is crazy. This is not like an every day thing. This is a like a dream.”

HG: What are your professional goals for this year? 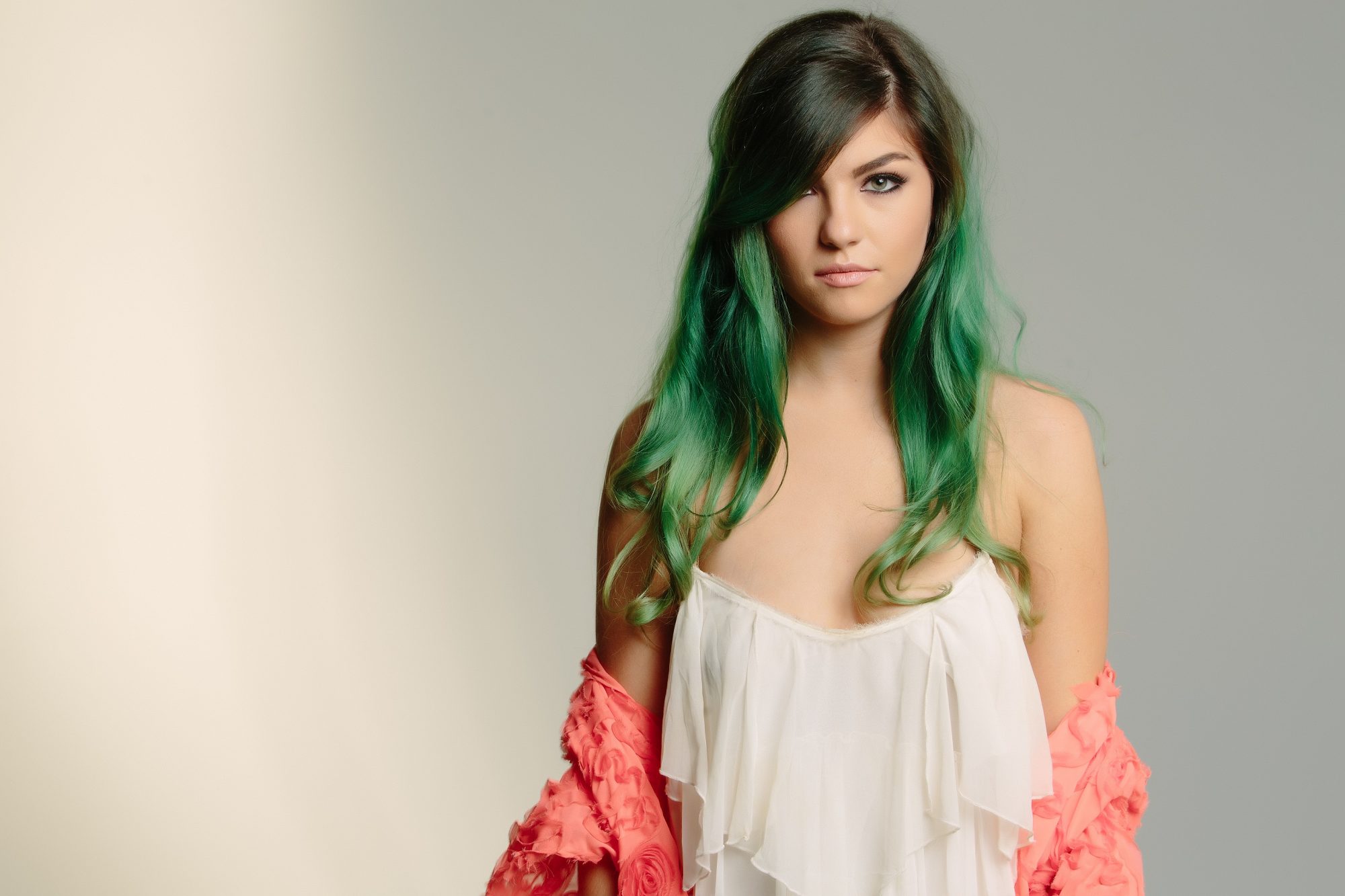 HG: Right on. Are there any artists whose careers you look at and think, “I want that, that’s amazing.”

PR: You know, pieces of everyones. I don’t have anyone specific that is everything. For example I really would like that hydraulics lift thing that Taylor Swift has, you know, that thing that lifts her above the audience? I’d also like to have Beyoncé’s dance moves. Just things like that.

HG: Who are you listening to right now?

PR: Jarryd James. I hopped out of bed to figure out what this song was. It was so beautiful, it was amazing. But all of his stuff is really haunting, it’s crazy.

HG: Last question, any all time favorite songs that you listen to over and over?

PR: My manager is gonna roll his eyes because I have two Jason DeRulo songs that are on repeat for the rest of my life. One is “Want to Want Me” and then, “The Other Side.” Those are my two songs that I listen to when I’m sad.

Check out Phoebe’s EP Mine, below.