We talked to Stephanie Beatriz about her important new film, “The Light of the Moon” at SXSW

Most fans know Stephanie Beatriz as the endlessly badass Detective Rosa Diaz on Brooklyn Nine-Nine, or for her public coming out as bisexual via an Aubrey Plaza retweet. But in her new indie film The Light of the Moon, which won the narrative feature audience award at SXSW last week, Beatriz plays Bonnie  — a young woman who we get to know in the days before, during, and after she is raped by a stranger on a late-night walk home.

While rape is often used as a plot device in film and television, stories rarely settle and focus on the uncomfortable and complicated psychological aftermath — which is exactly what The Light of the Moon presents. It’s a movie filled with messy emotions, and triggering scenes, but that’s exactly the point. Its goal is to deliver a realistic depiction of a woman’s experience with sexual assault; and it delivers. 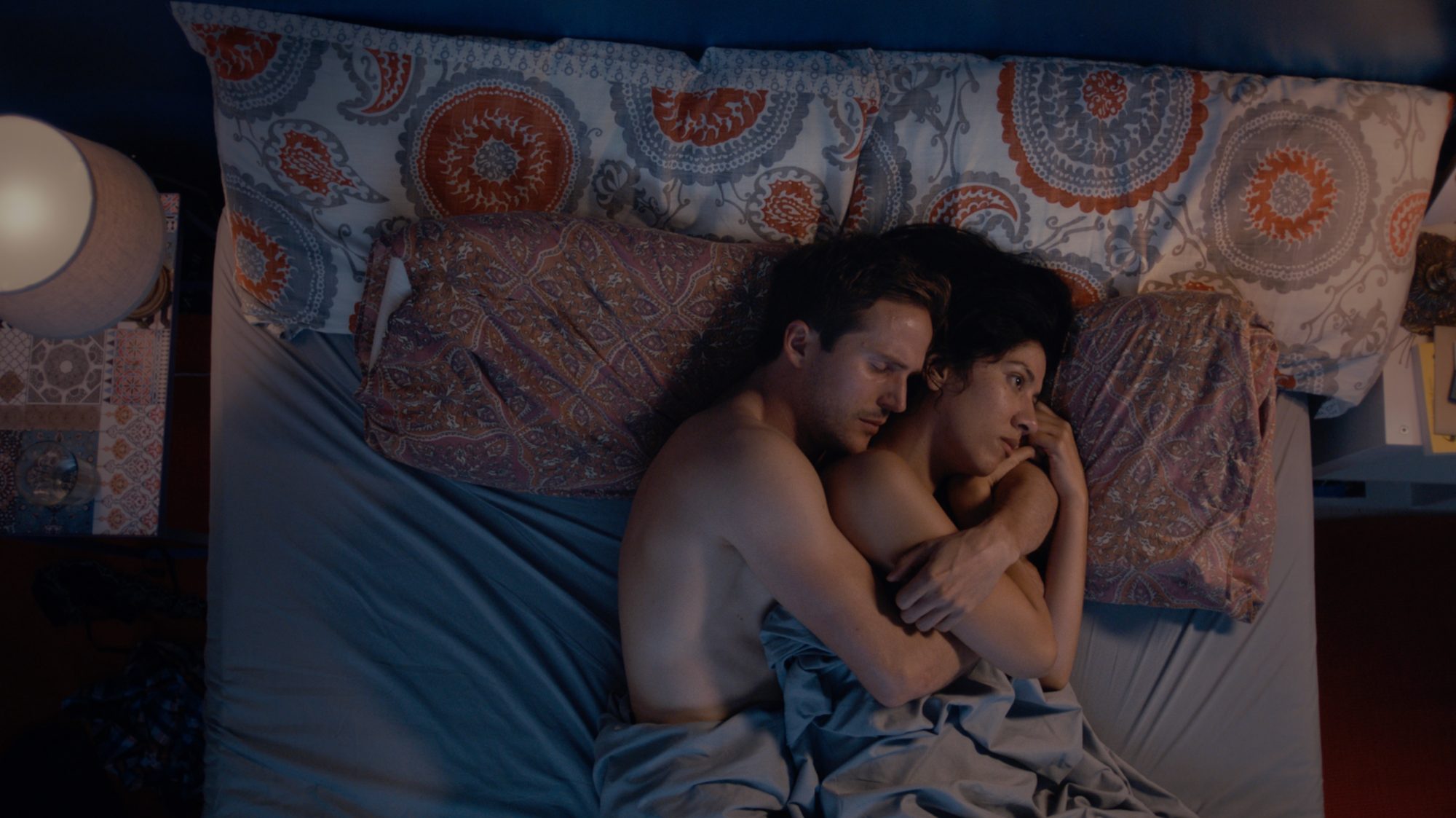 We sat down with Beatriz at SXSW to talk about this tough role, her status as a queer Latina role model, and the very personal negative repercussions of sexual assault that we’re only just now starting to talk about: Thanks in large part to brave works like The Light of the Moon.

HelloGiggles (HG): How did this movie come into your world?

Stephanie Beatriz (SB): Jessica Thompson, the writer and director, sent the script to my agents and at the time I was looking for something to work on during the hiatus of the Brooklyn Nine-Nine seasons. As soon as I read it, I just thought “I’ve never seen anything like this before.” I’d never seen a rape story be about what happens to the woman after. It’s always some kind of plot point, or revenge fantasy, and those are great and really satisfying to watch, but rape isn’t represented in a very realistic way in our media, and because of that people don’t know what a survivor goes through. And survivors don’t talk about it because half of them are dealing with — I mean, hopefully half of them are dealing with it in therapy or groups, but a lot of people don’t ever tell anyone this happened to them. So how can we understand something if we’ve never heard the story? So, I just thought this was a really special script and I really wanted to be a part of it.

I’m not a sexual assault survivor, but it seemed so realistic. Jess [the writer and director] has a background in documentary filmmaking so she researched this thing inside and out and talked to so many people — social workers, and police officers, and doctors, therapists, and lots of survivors themselves — I could feel that in the script but I wanted to make double sure. I have a really good friend who’s a rape survivor, an incest survivor, and I sent it to her and I was like, “This is going to be hugely triggering, if you make it [past] a few pages in and you can’t finish it I get it, but I’d really like to hear what you have to say.” She wrote me back almost immediately and said, “please do this film, I’ve never seen my story on screen. Please, please do this film for all of us.”

HG: I think one of the really interesting things about the movie is that your character Bonnie does all the “wrong things” people always ask about when a woman is raped. Bonnie was wearing headphones, she was wearing a short skirt, she was walking alone at night, she was drunk…

SB: Oh yeah, she was doing it all “wrong,” but who cares? What I think is super smart about the script is it forces you as an audience member to go into your own mind and think about why you’re judging her. After my parents saw the film, my dad was like, “you know, she was wearing those headphones though.” And I was like, “yeah dad, she was.” And he was like, “well, I don’t want you to walk with headphones on.” But the point is, you would never murder someone — it’s wrong! Rape is also wrong. It doesn’t matter if I’m passed out naked, lying in the middle of the street; you don’t have any right to do whatever you want with my body. Sexual activity should only happen with consent. 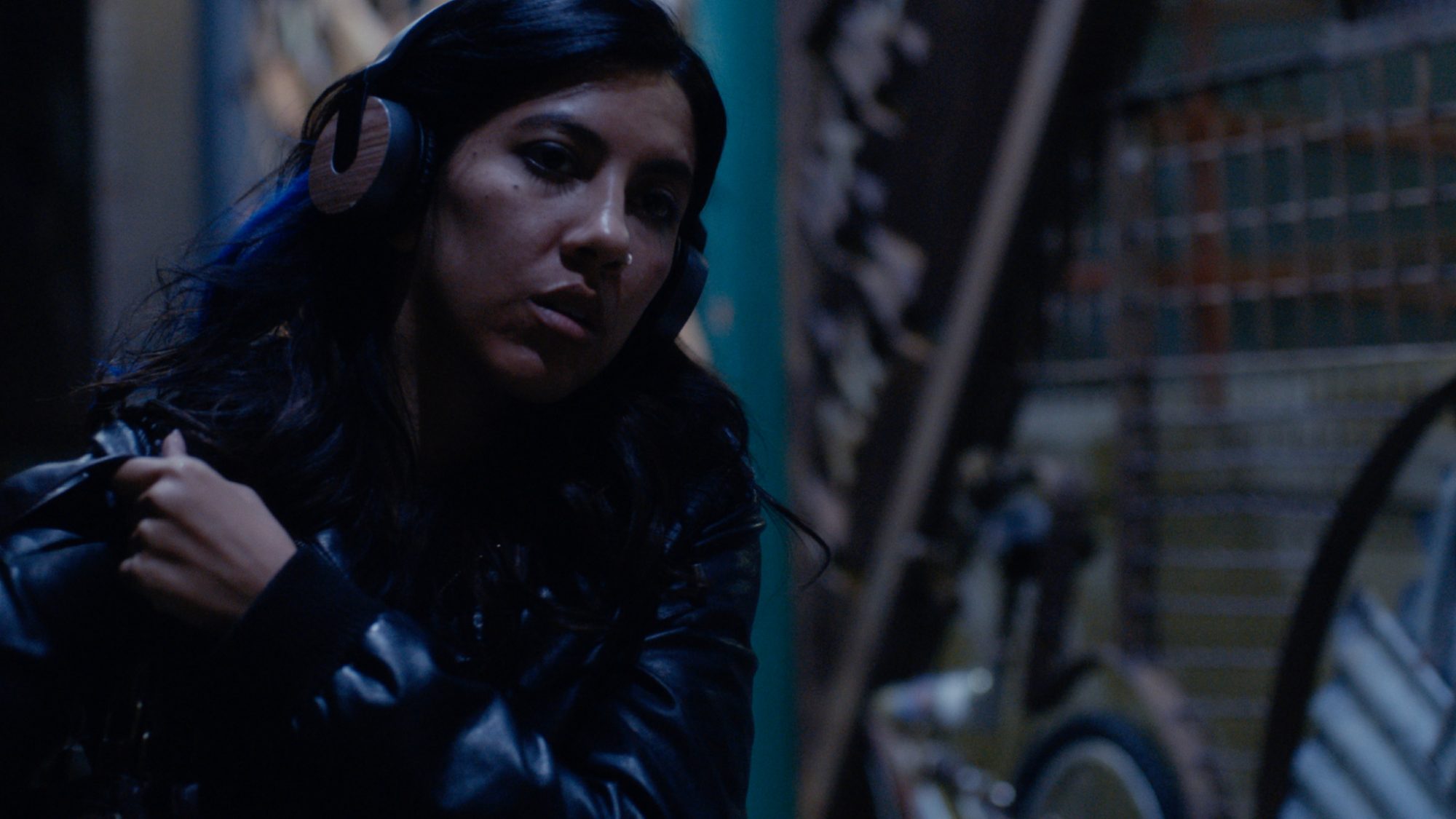 HG: In the film, Bonnie’s boyfriend Matt [played by Michael Stahl-David] was interesting to me because he represented a position that I think a lot of people find themselves in when someone close to them was assaulted, and subsequently they have no idea how to help. Did you learn anything from seeing how that dynamic unfolded and how Bonnie reacted to how Matt was trying to help?

SB: The thing that I learned the most shooting those scenes with Michael was my own personal proclivity to not want to listen when someone is trying to help me. I think I’m a lot like Bonnie in that I’m ambitious, I’m strong, I’m strong-willed, and I don’t want to have to rely on other people for help. And so, sometimes during those scenes fighting with him, and being Bonnie and pushing him away it was just so easy for me to do. And I started thinking about, “well why is this so easy?” And it’s because I do that in my own life. Through the shooting of those scenes in particular I reexamined some of my own patterns in relationships that I’ve been trying to break. Weird, right? 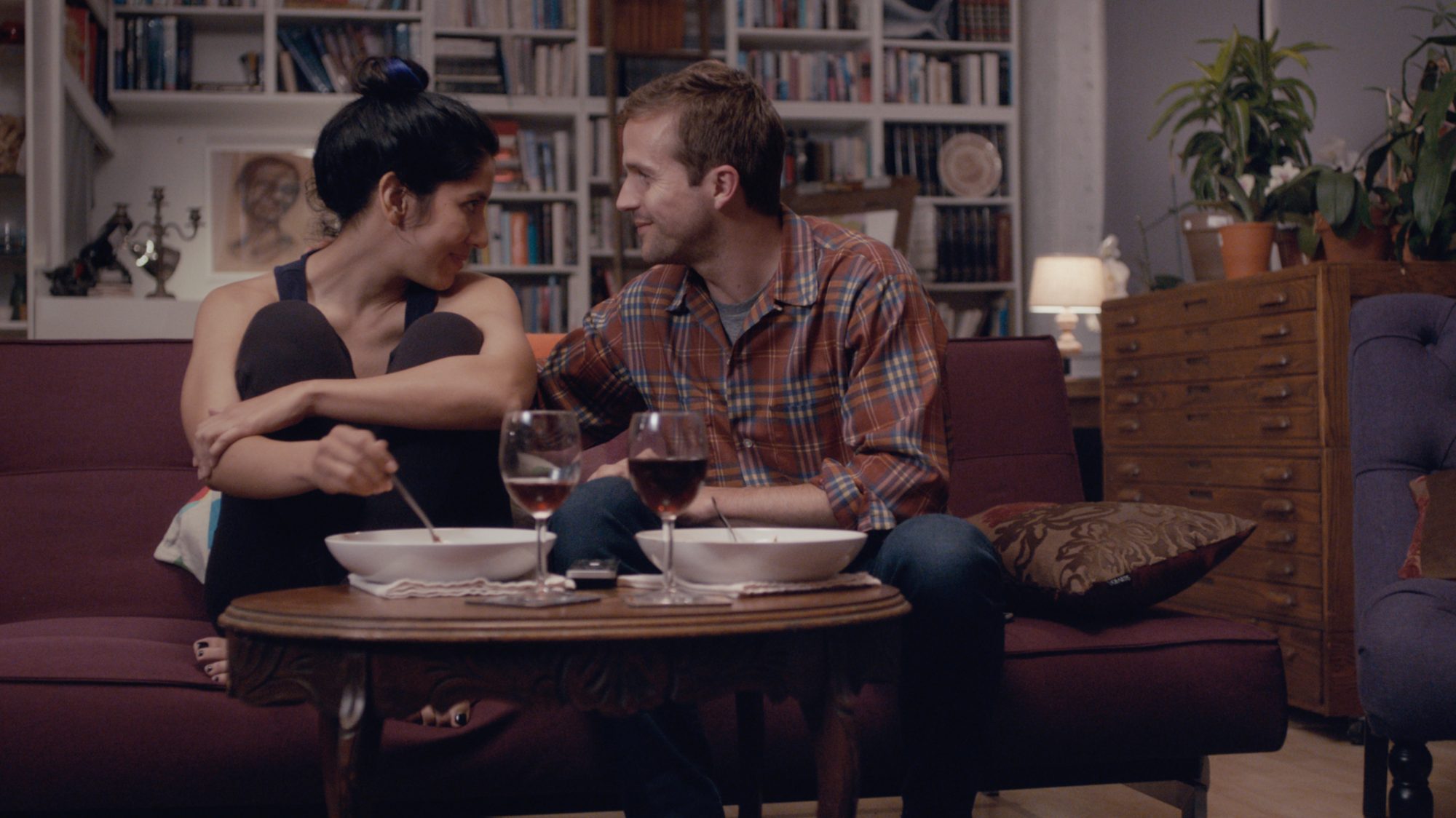 HG: Is there an emotion that you hope audience members will feel after seeing this movie?

SB: It’s hard to say because when you make a piece of art you just sort of go, “I don’t know! Here it is! What do you think?” I would like people to feel a sense of hope leaving that theater because I think it’s not a tidy story, it’s not a happy ending, but it’s a hopeful ending. I’m hopeful that this story is moving to people, and that it starts conversations between them about sexual assault, about rape culture, about preconceived notions of “a woman’s responsibility” in a rape. I just hope it starts people talking about that stuff more because the more open we are to talking about it, and the more we say to the world in general “I’m here for you, I’m listening,” the more we’re going to move to a time when this isn’t such a disgustingly rampant problem.

Someone was saying to me the other day, “well now we have this rape culture and we’re seeing a lot of sexual assault in colleges …”  And I was sitting there thinking: no, it’s always been there, it’s just now we have a word for it, a phrase for it. Now more people are reporting on it, but it’s always been happening. The dream is to end that completely, but how do we do that? We have to do it from the bottom up. We have to teach all people, but especially men, that our sexuality and our sexual-ness is not for their consumption. It’s for celebration and it’s for shared experience, but it’s not for you to take whatever you want.

HG: I wanted to bring up how grateful so many people were when you came out as bisexual. I just think that a lot of girls, especially girls of color, didn’t feel like they had someone to look up to, which is really sad. But there’s something really beautiful about the fact that now you’re occupying this role model space for people.

SB: I’m pleased and honored to be that representation.

HG: Do fans contact you a lot about this?

SB: Sometimes kids tweet at me or send me direct messages on Instagram and say thank you, which is really cool. I have this weird habit of collecting high school girls as friends — because I wish I’d had a big sister to help me with shit — some of them I’ve been friends with since they were like 11 and now they’re about to go to college, which is crazy. One of these young women who I’ve been friends with for a couple of years, came to the festival and saw the film, and then after we were talking and she was like, “I just wanted to say, thanks for coming out as bi, I think I figured out that I’m bi because of that.” She basically came out to me which was awesome.

HG: What motivated you to say anything at all?

SB: I liked that Aubrey Plaza quote and I didn’t really think about it, I just retweeted it. I had come to terms with it — I’d been out to my friends for many, many years, since college — so I didn’t even think about it! I think I’m just so liberal-minded that I think, “oh everybody’s chill with being bi!” And then the response was like, oh this is a thing for people. I forget that I live in a super liberal city, and I went to a women’s college, I just forget that not everyone is having that experience. But I’m glad that it became a thing because if people are feeling more comfortable with themselves because of it then that’s amazing.

SB: Number one: You’re not alone. The feeling that you’re feeling — someone else has felt it before you, and people will feel it after you. You are not a weirdo. Yes, it’s a specific experience to you, and I don’t know what your special circumstances are, but you’re not by yourself in it. And then I think [with regards to sexuality] read about it, start to take in more information about sexuality and LGBTQ culture in general. If you can come out to your friends and if you feel safe doing so, maybe try. I feel like people love each other and at the end of the day (oh my god I just said “at the end of the day” like I was on Jersey Shore) — there’s that really great Anne Frank quote where she says, “I still believe, in spite of everything, that people are truly good at heart.” If you feel safe, try coming out to a few friends because your friends are usually the ones who are going to be there for you first. Especially young people, the world is so different now.

When I went to high school there was no Glee, people weren’t out, it just wasn’t a thing. People were still using the word “gay” as an insult which is so crazy to me. It’s a different world now, but that doesn’t mean it’s a different world everywhere. And read stuff! I think one of the things that really helped me in college was being in women’s studies classes and reading about lesbianism, and bisexuality, and queer culture. I just didn’t know there was a world where that was alright. I didn’t know. And now we have this beautiful internet, where you can start researching on your phone. I also think if you can see a therapist, then great, because you’ll have a really safe space to talk about everything. But if you can’t, then try to find a support group in your community, like an LGBTQ meeting place where you can talk to other people, older people that have experienced this too. And continue to tell yourself every day that you’re ok, and you’re fine, and you’re not doing anything wrong.

This interview was edited and condensed. The Light of the Moon is still seeking distribution, but hopefully by talking about this powerful film we can help it on its journey.

If you are looking for more resources about any of the issues discussed in this interview check out the RAINN and GLAAD sites.