My mom died last year. Run away now! An article about death?! Gross!

As you can imagine, my mother’s death remains the worst thing that has ever happened to me. After she passed, I was overwhelmed with grief, unsure of what to do aside from hugging my family and drinking copious amounts of wine at inappropriate times of day. My first instinct was to bury myself in work. All I wanted was to be consumed by something other than the thought that my mom wouldn’t be around for my wedding, for the birth of my children (if, you know, I ever grow up myself). She wouldn’t be able to answer my phone call about how the HELL you’re supposed to fold a fitted sheet (my question still stands, by the way).

I daydreamed about turning into a workaholic who would ultimately deal with the death of my mother years down the road when I go to therapy for a breakdown triggered by something else, not realizing the weight of my mother’s death was still weighing on me. But my workaholic plan didn’t exactly pan out. I work freelance in television, and my gig had ended the week before my mom died.

There I was, without a job, without a mom, and on a desperate hunt for anything other than my current circumstances. 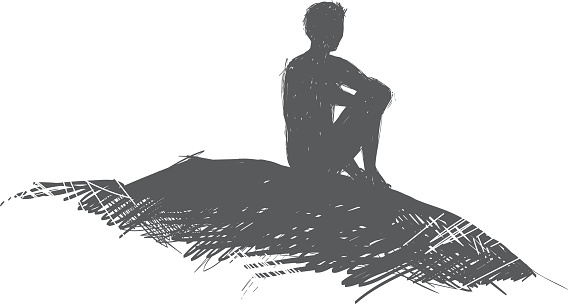 I began applying for any and every job that I was moderately qualified for, or unqualified for, or overqualified for. At one point, I applied to volunteer at a theater in my neighborhood — and I was even rejected from that. I think that was the first time I’d ever been turned down from a job that wasn’t even going to pay me. I was reaching, hard, for an easy remedy to the pain I’d been feeling. All I craved was a daily distraction. After what seemed like a million interviews and corresponding rejections — and then one too many glasses of wine on a Tuesday afternoon — I realized something:

Maybe the fact that I couldn’t get a job to save my life was a sign; maybe I should call off the job search and focus on my grief, honestly and head first.

I booked an expensive, luxurious “I’m treating myself because I’m grieving” vacation and traveled around Southeast Asia, alone, for a year. And now, I’m at complete peace with the fact that my mom is dead — and the book about my experience is coming out next year!

I wish that were the truth.

I am indeed a writer, but because I’ve never been paid millions to write, I am also indeed broke. Real broke. Traveling to Southeast Asia was out of the question for me. I didn’t write a book — or even a page, for that matter. My creative juices had dried up from all the crying.

I didn’t have my Cheryl Strayed Wild experience where I walked 5,000 miles and had an intense, clarifying “come to Jesus” moment about losing my mom. I didn’t go on a yoga retreat in Peru, nor did I fall in love with my Ayahuasca-wielding shaman.

Instead, I became one with my couch. I entered a serious relationship with myself. I spent a lot of time in my head. I leaned hard into my grief, allowing myself to process whatever emotions rushed through me that day.

It wasn’t pretty, but it was real. I didn’t have to put on a happy face (or pants). I didn’t worry about hiding my tears from a co-worker to avoid an uncomfortable conversation. I walked around my neighborhood, and I told strangers stories about my mom. I got a little too meta and watched Six Feet Under in its entirety. I got drunk on a friend’s houseboat and puked my guts out into the San Francisco Bay. I started taking photos with my mom’s old 35mm camera.

I became more and more comfortable saying the words, “My mom died, without apologizing for bringing up such a downer of a conversation.

And after a couple months of this new routine, I realized that I was more present in my life — despite my grief — than I had been in the other 25 generally happy years I’d been alive.

Through this newfound ability to be present, I learned a lot about myself. And I learned a lot about the world and the people I surround myself with. I learned that, sometimes, the people you don’t expect to let you down will do just that. Sometimes people are shitty, and that’s okay. On the flip side, I learned that those who you don’t expect to do anything at all will be there when you need them the most (like when you need a hug, or permission to have another guilt-free margarita).

I learned that death and sadness are inevitable and will continue to happen throughout my life, but that pain is temporary.

I’m not saying that this year of self-reflection has made me a pro on how to grieve “the right way.” I know nothing about the grieving process; I know everything about my grieving process. I miss my mom like hell every single day. I have plenty of moments when I forget all of the reflecting and just want to see my mom one more time. But, through my grief, I learned that being present isn’t just a healthy exercise that will let me write an interesting article; being present is the single most important thing that any of us can do in our own lives.

Oh, and I also learned that if I let my natural hair color grow out, wear hoops, and discuss the pitfalls of the American political system at dinner parties, I can feel my mom’s influence in me. And that, my friends, reminds me that the circle of life is hard at work. (Mental note: Listen to Lion King soundtrack. Cry. Repeat)