All the struggles you have on Halloween if you wear glasses

We all have our little checklists for the perfect Halloween costume: Is it based on a character I love? Can I buy or make it in time? Does it avoid cultural appropriation? Is it affordable on my budget? Is it a little too scary or sexy for a party?

Despite the internet being flooded with costume ideas and last minute DIYs to simplify the process, it can actually be pretty tricky to get your hands on the perfect costume in time for the 31st.

And for fellow bespectacled people like myself, we have a few extra struggles to work through before and during that fateful night.

It's ridiculous to think that a pair of lenses and frames could make-or-break your Halloween, but man, it really can. We have to ask ourselves every year: Do we go blind that night? Do we work the glasses into our costume?

Do we just take them off for photos and not give a damn that none of the Powerpuff Girls wore specs? Do we leave them on permanently and not give an even bigger damn?

I’ve tried all three of the options — and to be honest they all have their ups and downs. So if you’ve got 20/20 vision and can’t imagine how awkward Halloween can be for people with glasses, then here are some cold hard facts:

Going to a masquerade party? Well then prepare to either be blind all night, attempt to fit the masks over your glasses uncomfortably, or get one of those masks on a stick — because, otherwise, it ain’t happening.

I learned this the hard way. When I was 16 vacationing in Florida, I decided that it would be a great idea to wear a Catwoman costume that involved a thin Zorro-like eye mask. Back then, I was more concerned with my costumes being as authentic as possible, so I decided that my short-sighted butt would go out sans specs, all night, in a dark town I’d never been to before. Sure, I had my friend to guide me, but it wasn’t fun. After several short trips to the ground, I began to learn struggle number two…

Blind = dangerous, but glasses = "So...who are you supposed to be?"

Yep, I tripped over several times, walked into the wrong buildings, had to constantly ask my friend to read signs aloud, and basically looked like a confused mess all night. It defeated the point of going out in the first place. Yet, as soon as I took off my mask and slid my glasses back on, people were very confused about what my costume was supposed to be. The mask made my costume — without it, I just looked like a girl in black. “Oh you’re… a goth?” a shop-keeper handing out candy asked me awkwardly. By that point, I was tired and my eyes were still sore — so I nodded and said sure, I’m a goth… with cat ears… and a whip.

People can be ableist jerks about it

Too afraid of re-visiting my Catwoman experience the following year, I decided not to bother going blind and just kept my glasses on. The night went well — I could see after all — but people were weird about it. I was Supergirl, you see, a national fictional treasure. But my four-eyes didn’t meet the standards of classmates and fellow trick-or-treaters. (The blonde wig was also super awkward to fit over the legs of my frames, by the way).

“But Supergirl doesn’t wear glasses,” a school “friend” said to me when I told her my costume idea. “She’s not a nerd.” I found this pretty hilarious, but I just shrugged. “There are no blind superheroes…” said another, even though Daredevil is completely blind, Cyclops needs futuristic glasses to hold in his laser beams, and pretty much every superhero at one point or another uses glasses as way of a disguise.

The same nitpicky, judgmental people telling me my glasses didn’t work with my costume were often the same people who rolled their eyes at my blind butt bumping into things, telling me to put them back on. Make up your mind folks!

Glasses can totally mess up your face paint (and vice versa!)

Speaking of makeup! My current and biggest pet peeve about being short-sighted on Halloween is that it limits what makeup and face-paint I put on my face. This year, I had the idea to dress as a skeleton Snow White; I’d find a traditional dark dress, paint a toy apple to look rotten, and throw on some awesome skull face paint. But as soon as I put on my glasses, not only will it cover up some of the eye work, but it won’t make much sense since skeletons don’t need glasses (being dead and all). Plus, it’ll get smudged to heck and back. I’d rather not have to reapply my eye makeup all night, nor do I want white nose paint smeared all over my frames. It might be back to the drawing board for me this year…

Want to base your character around a character with glasses? Better have the right glasses

I get so many people telling me just to pick a character that actually wears glasses, and this is partially pretty sound advice. But it kind of assumes that any pair of glasses can fit with any glasses-inclusive costume. Since I’m stuck with my prescription glasses, it’s actually kind of easier for sighted people to do this with fake lenses, because they get to choose any frame they want if they buy a pair of reading glasses from the dollar store. So, if anything, choosing a character with glasses is harder. I got heavily into Twin Peaks a few years ago, and ended up going as Laura Palmer — which was awkward since she has no specs — but I still was determined.

Various people told me to go as Log Lady from Twin Peaks instead, which would have been cool, but take a look at her specs: 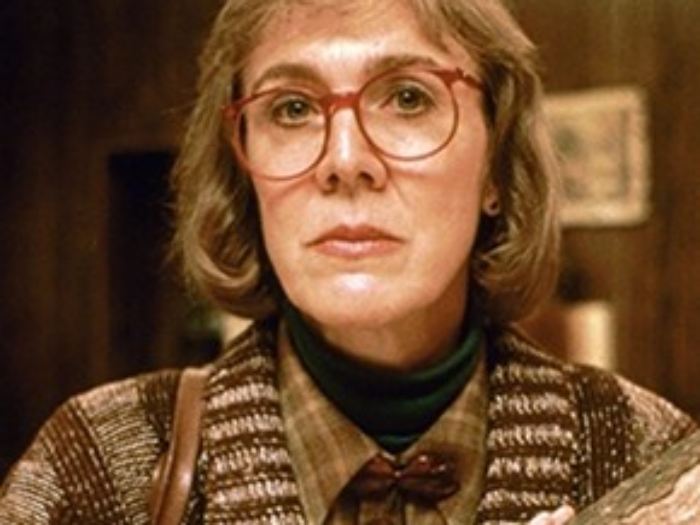 Now take a look at mine: 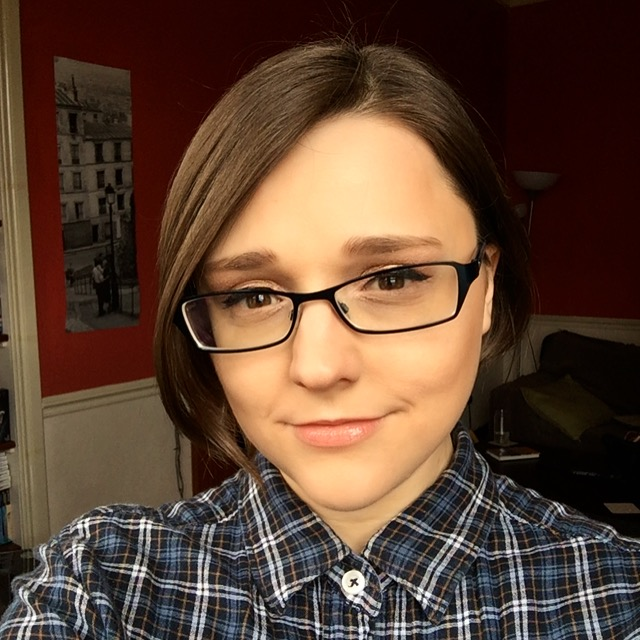 Pretty cool I guess, but completely different from what makes Log Lady so iconic.

Artistic license is a great thing, but I didn’t want to fall into the trap of basing my costume on my annoying glasses, or have it be less recognizable — because my Catwoman sure as hell wasn’t recognizable as soon as the mask came off.

This year, I think I’m going to take my glasses off for photos, and for the initial “tada, look at me!” moment when showing my costume to my boyfriend, seconds before he will most likely burst into laughter.

But for the rest of the night, I no longer care about authenticity, or even wig comfort. I'd rather see where the hell I'm going.

At the end of the day, it’s not a big deal. There are way worse problems, and looking back, my Halloween stories are pretty funny. But man oh man, maybe next year I’ll go as a vampire scientist or something…