Two weeks after giving birth, I was finishing dinner when I suddenly felt a sharp pain in my side. After a long labor, a cesarean section, and complications from an infected incision, I was a bit jumpy when anything seemed “wrong” with my body. I told my spouse that it was probably nothing…until it became a band of overwhelming, searing pain, wrapping around my abdomen, making it difficult to breathe. That’s when she called 911 and I was treated to a hospital ride.

I had gallstones, and it apparently isn’t uncommon for gallstones to become a problem right around pregnancy and birth. However, my trips to two different hospitals for my gallstones, as well as the eventual removal of my gallbladder, taught me something uncomfortable about medical professionals.

The vast majority of the doctors and nurses I encountered outside of labor and delivery seemed shocked to be treating a postpartum woman, and generally unsure of what to do.

Though they must have encountered the realities of human reproduction in medical school, they seemed to have little knowledge of it and were unable to answer my questions. In some cases, they also provided sub-par care. Considering the maternal mortality rate in this country — especially for Black women — this lack of skills around complications after childbirth is extremely disquieting. 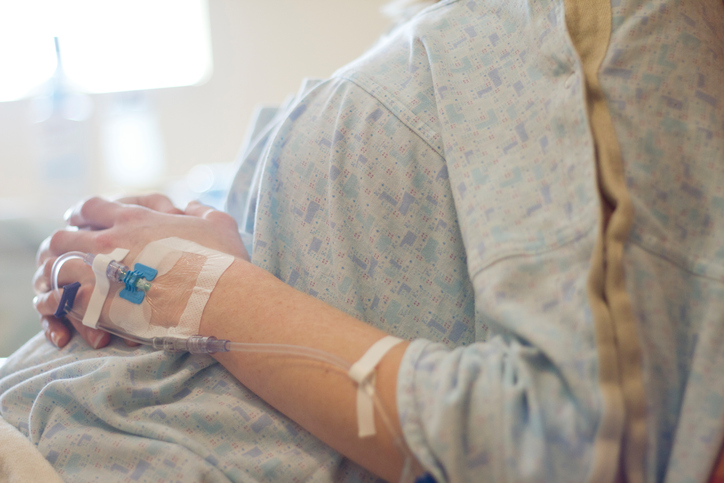 That night when I first experienced such intense pain, I went to the nearest hospital, leaving my newborn with my mother-in-law. The ER was busy, and when I finally got a room, I asked for a glass of water. As a new mom who was also breastfeeding, I’d been told that I was vulnerable to dehydration, but the medical staff didn’t want me to have water in case I needed surgery — but they also didn’t want to administer IV fluids in case I didn’t need surgery. Ultimately, they gave me ibuprofen for the pain and left me alone in a hospital room without fluids for six hours.

When I was finally able to flag a nurse down because I was soaked and shivering, having leaked breast milk through my hospital gown, she looked shocked and disgusted, then merely handed me a towel.

I left that hospital against doctor’s orders due to the terrible lack of care. Had I been any more incapacitated, I wouldn’t have had a choice.

A week later, I went to another (better) hospital. This time, I was armed with knowledge and ready to advocate for myself. When I asked for a breast pump, the response was “Oh yes, of course!”

However, even at this better (and better funded) hospital, the staff still seemed shocked to learn about my recent birth.

I was in the hospital for almost a week, and I had to constantly remind everyone of my postpartum status. I had to fight for time to use the breast pump they had given me, and when I asked if the medications they gave me were safe for breastfeeding, everyone looked at me like I was an alien. No one could answer my questions. Eventually, someone contacted the attached women’s hospital, but it took ages. You’d think that they were doing me some kind of special favor.

On top of that, my C-section incision had essentially become an open wound after the infection and needed to be cleaned twice a day. Again, I had to keep track of this myself and remind the staff.

An otherwise kind nurse said “Oh, well, I don’t know anything about that and wouldn’t even know what to do!

That’s right, a nurse in the surgical ward told me she didn’t know what to do with a surgical incision because it was from a cesarean section.

Although my full medical history was available in my chart, almost no one from the medical staff looked at it. If I hadn’t fiercely advocated for myself, I would have been in big trouble. My obvious recent medical experiences were ignored right up until they wheeled me into the operating room. When my anesthesiologist checked my vitals, he said “You haven’t had any other surgeries we need to know about, right?”

I explained that, actually, I had very recently undergone a C-section; the incision was open and bandaged on my abdomen. The anesthesiologist, who looked annoyed and frustrated, responded, “Well how are we supposed to deal with that? Ah, never mind — we’ll figure it out.”

Thankfully, none of this insensitivity and lack of knowledge turned out to be fatal — as it can for so many women (especially women of color). But it did illustrate something pretty scary. Too many medical professionals view birth and its effects as someone else’s speciality; something they don’t have to deal with as long as they don’t deliver babies. The fact is, however, that postpartum parents routinely need medical care outside of an OBGYN’s office, and the lack of competence about postpartum bodies and women’s health is both infuriating and downright deadly.