April 11th is National Pet Day, when we celebrate our fur babies and the importance of adopting animals. Here, HG contributor Raj Tawney celebrates the missing stray cat who forever changed his relationships with his neighbors.

Alfie walked into our lives one day. We weren’t looking for him. He was a stranger, a stray, a skinny, scraggly looking young cat with a chipped tooth sitting on the sidewalk across the street from our home. He was anonymously dropped off in our neighborhood by someone who didn’t want him anymore.

Clearly a ham, he greeted passersby, arched his bony back for them, and rubbed his face in their knuckles. He was quiet, no meows, but he was friendly. Still, no one was interested in claiming him.

I observed him from my porch, until my curiosity and weak-willed adoration for animals got my feet moving closer toward him. Immediately, we had a connection and I was putty in his paws, spewing mumbled baby-talk to him as if I’d fathered him. When I turned back home after our friendly encounter, he followed me, trotting along as if we shared the same home. Once we arrived, I let him inside for a bite to eat and assumed that, after his meal, he’d be on his way to a greater destination.

Of course, that didn’t happen. 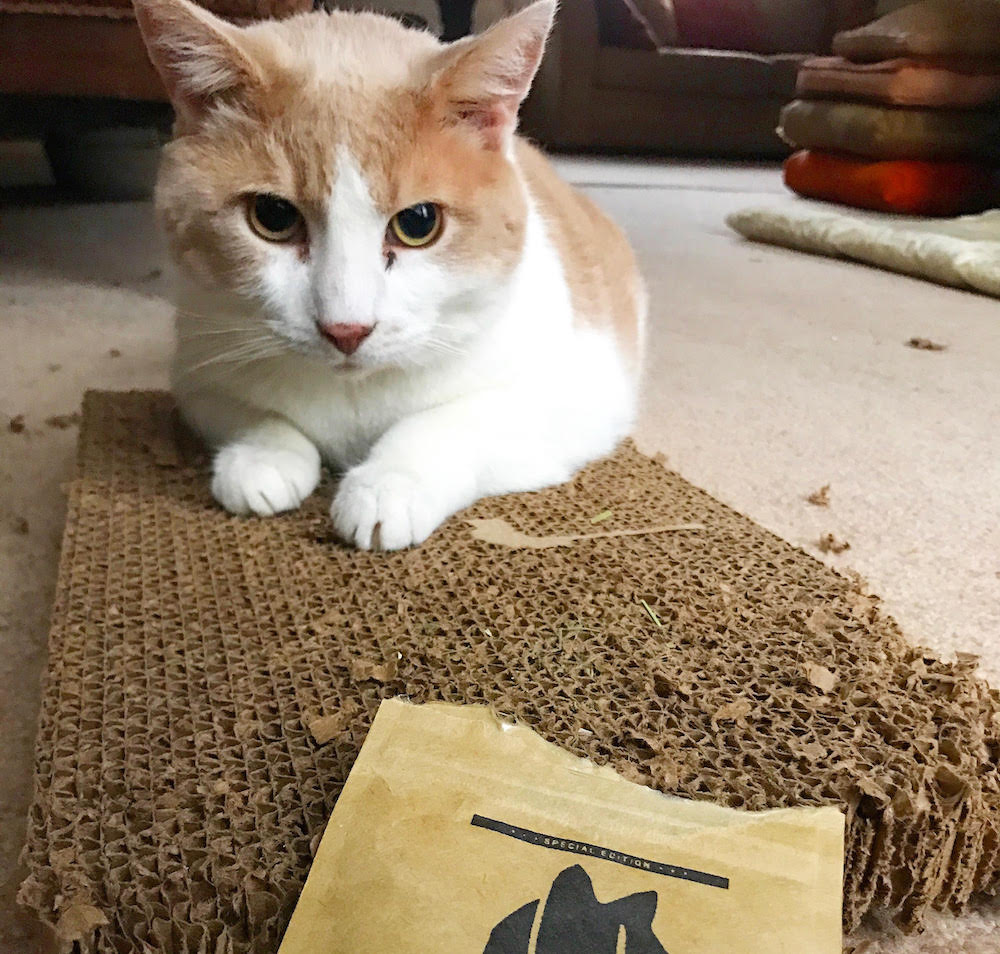 He must have not eaten for a while because he quickly devoured the meat I gave him. Then he cleaned his tarnished coat and settled in for a nap on our living room couch. When my animal lover-mom came home, confused at the hobo cat I had let in, she solemnly said, “He’ll stay with us a few nights and then we’ll take him to a shelter…And we’re not naming him. Then he’ll never leave!”

A few days later, we let him go outside for awhile. Hours went by with no sign of the cat until we found him on one of our porch chairs, covered in blood, barely moving. From the cuts and bite marks on his fur, it appeared that he had been attacked by another animal. We rushed him to the vet to be treated, where thankfully we learned he was going to make it. The vet discovered that he was deaf, which made him an easy target for larger animals and explained why he hardly meowed. My mom and I both decided that he needed us and wouldn’t be out of our sight again. She named him Alfie after her deaf uncle, Alfred, who was a prize fighter. It was a fitting name for a cat from the streets. He’d fought his way to victory and his new home with us was the prize. 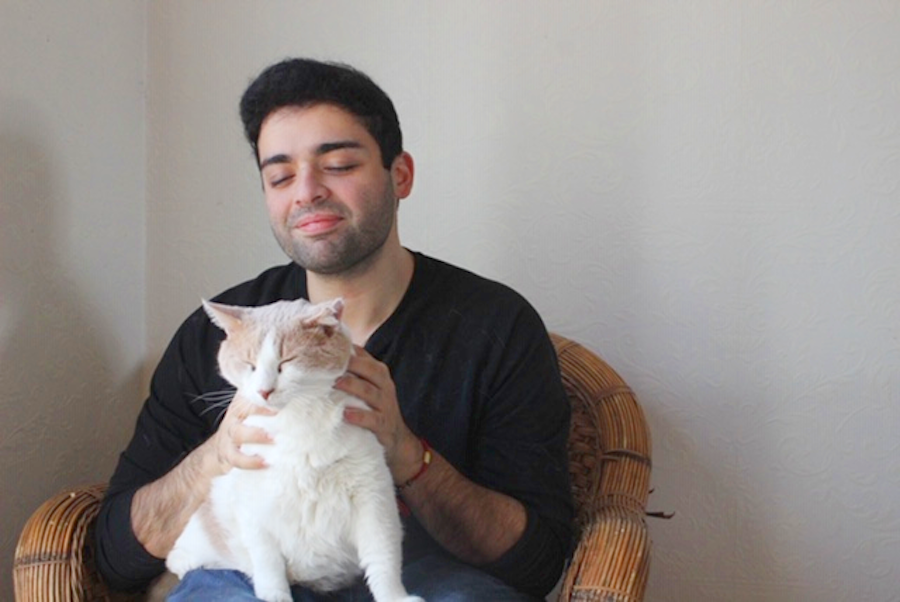 A couple of happy years went by and Alfie had really cleaned up. His body filled out, his coat began to shine, and he adjusted well to domestic cat life. We made it a policy to never let him outside without supervision. His curious nature would lead him far away from our home, and we couldn’t trust that our deaf cat would be safe, alone in the elements.

But one day, he was nowhere to be found.

We must have turned our heads away for too long; he managed to venture off without leaving a trace of his whereabouts. We panicked. Minutes without Alfie turned into hours, hours turned into an entire day. We walked all over neighborhood streets searching for him. By nightfall, we returned home, downtrodden and terrified of what might have happened to him. Could he have been taken by another neighbor? Maybe a hawk ate him? Perhaps a car hit him? Scenarios raced through our minds. As worry set in, we knew we couldn’t sit and await his safe return.

The following morning, our home turned into a rescue center. We made phone calls to local shelters describing Alfie’s features. We posted on social media to local Facebook groups that specialized in finding lost pets. We designed and printed flyers, set out on foot, and began stapling them onto lampposts. We we went door-to-door, handing out the flyers and asking whoever answered if they’d seen Alfie.

I should emphasize how difficult it was to do this task as our neighbors had never been too friendly.

In our neighborhood, there were no annual block parties, no barbecues, not even any “Good morning, how are you?” All of the residents were fairly private and reserved, so I was taken aback by the amount of compassion and support that most neighbors offered us. They allowed us into their backyards and garages to search for Alfie. They vowed to keep their eyes peeled for him and empathized with their fellow neighbor. On Facebook, a photo of Alfie was shared by over 150 people throughout neighboring towns. Comments and personal sympathetic messages poured in from virtual strangers all around us. My mom and I were dumbfounded.

But Alfie was still missing days later, and we were losing hope. At least we found solace in the fact that we’d given this stray cat a good life, even if for a short time, but he was part of our family. The pain was unbearable. 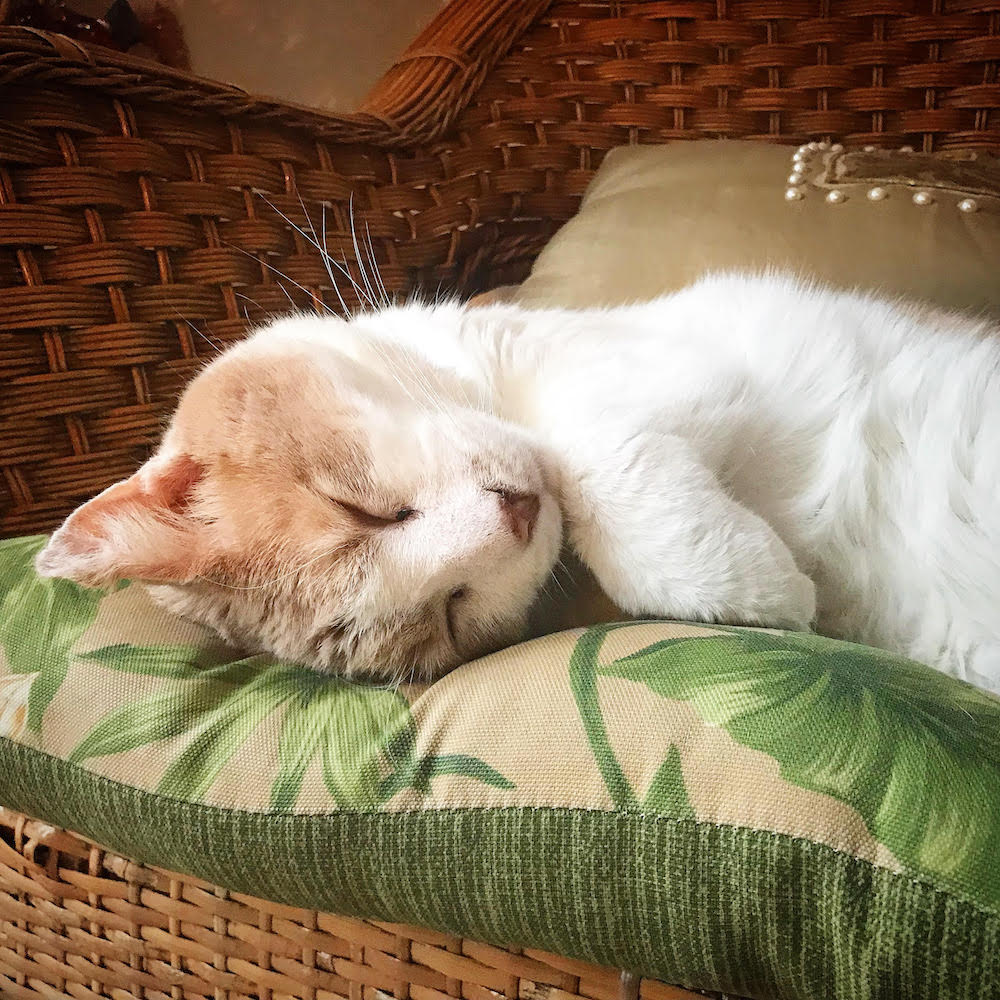 On the fifth day, we finally received a call from a nearby neighbor. She had found him.

He was stuck in their backyard dry-well, cemented 4 feet into the ground and unable to jump out. She noticed him through her tiny basement window while she did laundry. “I was startled by a creature in the window, but I remembered the flyer you had given me and he looked like the photo, so I called,” she explained.

We sprinted out of our house and into her backyard to retrieve Alfie. He meowed in an anxious, excited tone as we pulled him out of that dry-well. He never gave up hope, although we almost had. We thanked our neighbor and carried him home, where he immediately ran to his dishes, eating and drinking non-stop. Just as he did on the first day he entered our home as a stray.

Over the following days, our neighbors, whom we’d now gotten to know better, were saying “good morning” and asking about Alfie. When we told them the good news, they cheered as if he was their own cat.

Ever since then, the neighborhood has felt different.

A friendlier atmosphere where we all wave and acknowledge each other for the first time. And to think, the human experience was only enhanced by a cat.