A salute to the best new “Stranger Things” bromance: Steve and Dustin

Mike and Eleven. Eleven and Eggos. Hopper and his coffee. Joyce and Christmas lights. Nancy and Jonathan. These are just a few of the many beautiful partnerships that came out of Stranger Things Season 1, and with Season 2 now streaming, it’s time we talk about the latest and greatest partnership. Or ahem, bromance: Steve and Dustin.

While Season 1 of Stranger Things very much made Steve a lovable douchbag, Season 2 has really given him something to do, and he excels at it. Using his own words, Steve is now a pretty good “babysitter,” after he accidentally finds himself battling the demo-dogs with Lucas, Max, and Dustin. But we’re really here to talk about Dustin’s new relationship with Steve, as these two bros with excessive hair come together in the best way.

After Steve and Nancy break up, you’d think Steve’s storyline in Hawkins, Indiana is over. However, after Dustin basically demands a ride in Steve’s car to the junkyard, he’s thrown back into the world and tasked with watching over these kids, whether he likes it or not.

At first Joe Keery, who returns as Steve, didn’t understand how this unexpected character pairing would work — and praises the showrunners, Matt and Ross Duffer, on finding a way “to connect these two characters that both kind of needed somebody.”

"I think that's something kind of in the line of what Steve needed Nancy last year to grow up, I think he needed [Dustin] this year to kind of grow up," Keery explained at a Netflix press event. "He's sort of learned this new lesson that he wouldn't have been able to learn without [him]."

It’s clear by the end of the season that Steve has changed as a person, and for the better. Tell me your heart didn’t grow three sizes when Steve picked Dustin up to take him to the dance (!!), AND helped him perfect his ‘do (!!!). This is very much a new big brother/little brother situation, and we are here for it. Keery also loved being able to work with Gaten Matarazzo — and actually, all the kids.

"[Gaten is] 10 years younger than me but I feel like he was teaching me so much stuff," Keery continued. "Working with the kids was crazy because it's like one second we will be in the scene, the next second they'll be joking and punching each other, pants each other, yelling profanities at each other, then its 'action' and they'll all go [gasp!] at the same time. They can just switch it on and switch it off and they don't take it so seriously. Sometimes you get kind of caught up in the fact that you have to memorize these lines and do this stuff, but at the end of the day, they really have a fun time of it, so that was a really nice presence to have." 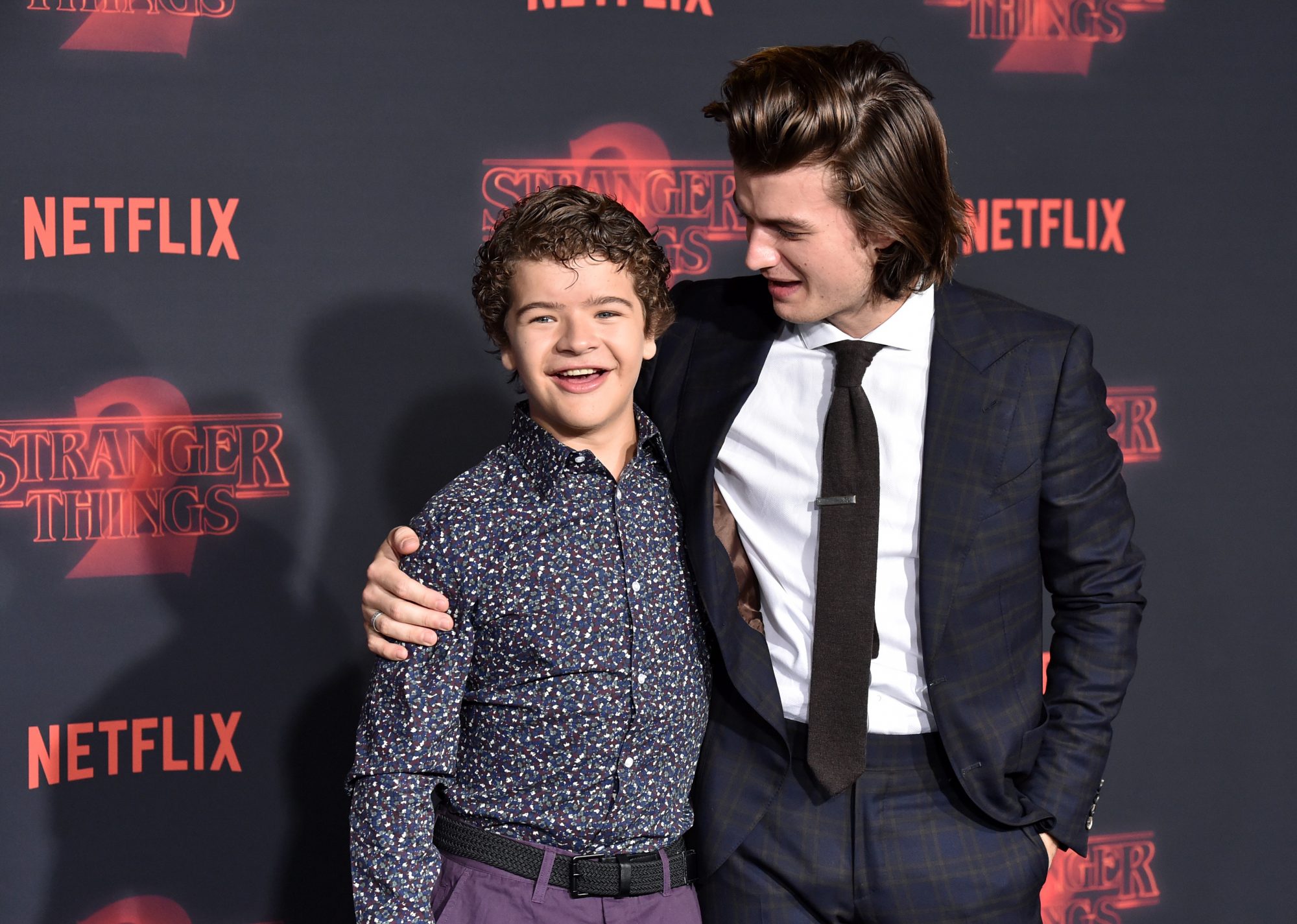 Here’s to more adventures with Steve and Dustin during Stranger Things Season 3. And hey Netflix, if you’re listening, none of us would mind a spin-off series about these two, even if they do just trade hair tips the whole time.