So, apparently those “Stranger Things” Season 2 titles will change

If you’ve fallen as hard for Stranger Things as we have, then you’ll understand that our love runs deeper for this cult hit show than Dustin’s love for chocolate pudding.

And while we eagerly await the arrival of Season 2 (OMG 2017 CAN-NOT get here quick enough), there have been plenty of theories about THOSE TITLES that were released in the Stranger Things Season 2 trailer to get those fangirl gears going in our heads. For a reminder, here are all the Season 2 titles: “Madmax,” “The Boy Who Came Back to Life,” “The Pumpkin Patch,” “The Palace,” “The Storm,” “The Pollywog,” “The Secret Cabin,” “The Brain,” and “Lost Brother.”

We can’t wait to MEET MAX!

However, it turns out those titles that we’ve been over-analyzing in the last month and half…THEY’RE PROBABLY GOING TO CHANGE. Which is throwing us for a major loop, because we were seriously trying to decipher what they meant and what they were telling us about what will happen next year! 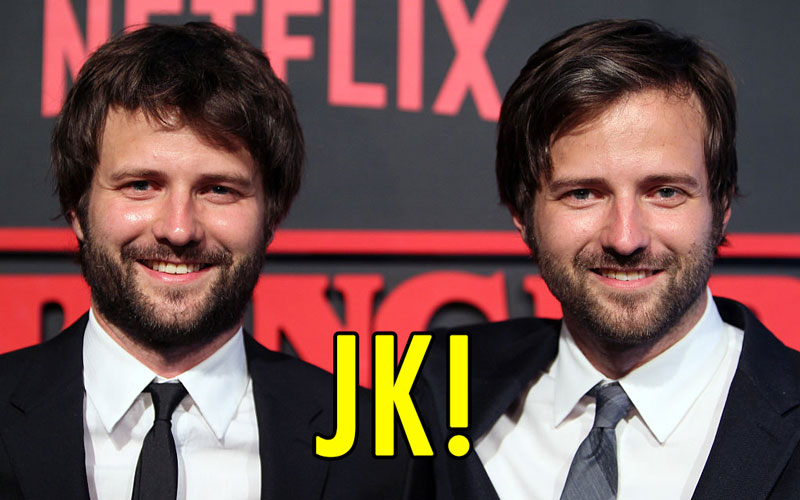 In an interview with The Hollywood Reporter, the Duffer Brothers said that there was actually going to be a different teaser trailer for Season 2 that Netflix had come up with. However, the Duffers wanted to make the teaser more “exciting” and wanted to give us thirsty fans hints about what to expect – hence, they created this title teaser trailer. However, Matt Duffer further detailed,

"I do think some of the titles will change. There were titles we didn’t want to put on there because we felt like it would give too much away."

Matt did also want to add that even IF these Season 2 chapter titles don’t end up sticking, they’re still integral to what will happen. And although they know there are some great fan theories out there, the Duffers feel the titles are ambiguous enough that no one will REALLY figure out what’s going to happen. And well, that’s TRUE…I guess (she grumbled).

Welp, back to stuffing Eggos in our faces until 2017.