Stop asking me if I’m okay after Charlottesville, and start using your privilege to fight back

I have made a dedicated effort to not watch any of the news coverage discussing Charlottesville, but I still see it on my social media feeds. I’ve seen photographs of black bodies brutalized in the chaos. I’ve watched videos of white supremacists carrying torches on a college campus. I’ve quietly accepted that people who look like me, a Black woman, can barely carry signs that say, “Stop killing us,” without being perceived as a threat. But I don’t want to consume any more coverage that looks like scenes from movies I watched in history class.

During my self-imposed media cleanse, I’ve had a family member ask me why I wasn’t staying informed. I had an interaction with a white man who told me that he, in fact, had “mixed feelings” about what has taken place in Charlottesville. 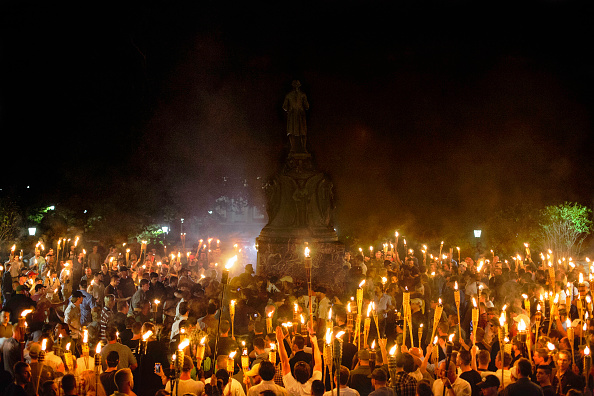 On Tuesday, August 15th, Trump held a press conference to say that he thinks “there is blame on both sides.

Trump continued to defend the rationale of the white supremacists who marched in the Unite the Right rally, calling the Confederate flag and statues of Confederate figures part of our culture. He retracted his previous statement that had denounced white supremacy and the alt-right, a statement our president didn’t even make until two days had passed because he wanted to make sure he had all of “the facts.”

Charlottesville, Ferguson, all of 2016 — none of these events surprise me anymore. Every time the carefully-crafted, whitewashed narrative of America becomes a little more warped, many people who identify as allies ask people of color for our thoughts. Too often, I’ve seen white allies hashtag loudly, but not speak up outside of the internet — with the exception of some friends who place their hands on my shoulder and ask, “Are you okay?”

No, I am not okay. People who look like me are not okay.

Every time I have to witness footage that looks like what my grandparents experienced fifty years ago, I become tired, numb.

It’s time to stop asking the oppressed about their oppression — I can no longer explain it. I don’t want to tell you, again, that I learned how to not get killed by police alongside learning the alphabet.

True allyship needs to go beyond your expression of disbelief at the state of our society.

I cannot console you when this is how those who are viewed as “other” have always lived. Charlottesville is not the first blatant display of brutality in this country. You cannot talk about Charlottesville, and not talk about the countless other displays of hatred, dehumanization, or outright murder of non-whites in our society. 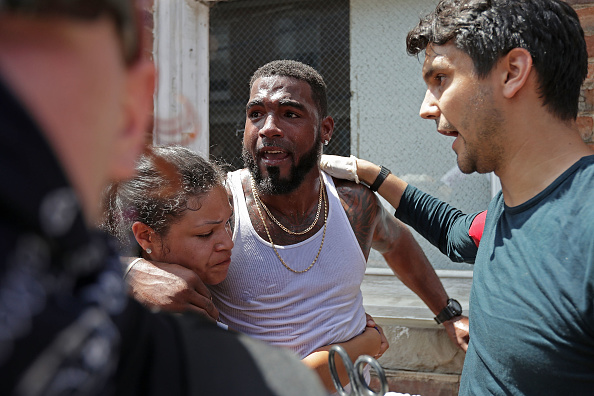 The next time a Charlottesville happens, the next time our president turns a blind eye, the next time one of us dies, don’t ask me if I’m okay. Don’t think that using hashtags and commenting on thinkpieces written by people of color are your primary means of resistance.

Instead, confront the family member whose knack for microaggressions and thinly-veiled prejudice goes unchecked. Call your co-worker out for their racist jokes. Talk to other white people who profess to stand against injustice and get loud, go to community meetings, have conversations about ending white supremacy with each other.

Acknowledge that you benefit from white privilege, and then fight like hell to dismantle that system. Your privilege affords you the opportunity to be heard, to rally, and to protest. Choosing to be an ally who only advocates when it’s safe, easy, or convenient is a privilege in itself.

Claiming to be ignorant of this country’s racist reality is no longer an option for you as we continue to resist. When the leader of the free world excuses the behavior of those bold enough to walk the streets wearing swastikas, carrying torches, and shouting racist rhetoric in 2017, you can no longer deny the foundations of America. 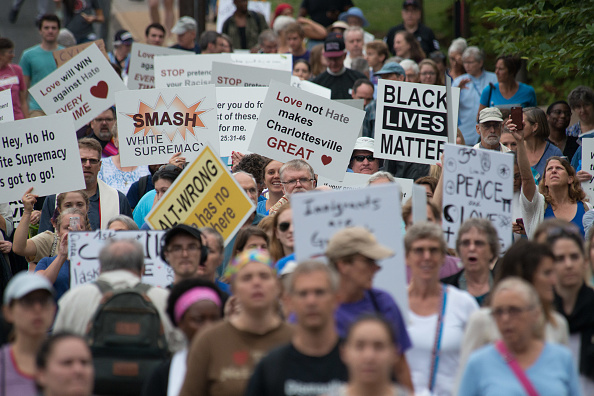 If you are a white person who identifies as any kind of ally to the marginalized, it’s time to stop resting comfortably on the sidelines because you’re afraid to speak out against the racist people in your life.

Start using your power to upend the structures that have kept far too many people powerless.