I had just started college when it happened. Without any preamble or warning, my mother found out she had cancer.

My mom never liked going to the doctor to begin with, so by the time she received her diagnosis, she needed immediate surgery to remove the cancer. According to my parents, the surgery wasn’t going to be a big deal — just a quick in and out procedure — so I went to class that day. Several hours later, I received an unexpected update: the cancer had spread so much that my dad needed to make the abrupt decision to consent to a full hysterectomy in order to save mom’s life.

My mom took several months to recover — time we spent putting together puzzles and watching soap operas — but she pulled through. From that moment on, my mom preached to my sister and I about the importance of getting ourselves checked regularly, but it wasn’t until years later that we began to look at our genetic health differently.

Our dad was diagnosed with cancer, and again, it came out of nowhere.

We knew that he’d been feeling sick, but doctors had a hard time pinpointing his illness. They had previously dismissed the idea of cancer, so we weren’t prepared for the diagnosis.

While my father began his first rounds of chemotherapy, I began to reflect on just what my parents’ illnesses meant for my own wellness. I always assumed that my mom’s sickness was a fluke; with no family history of uterine or ovarian cancer, it just seemed like bad luck. But now my dad had cancer too, and when we started to factor in this aunt’s breast cancer, and that uncle’s tumors, and that cousin’s melanoma — it added up to a grab-bag of genetic uncertainty. 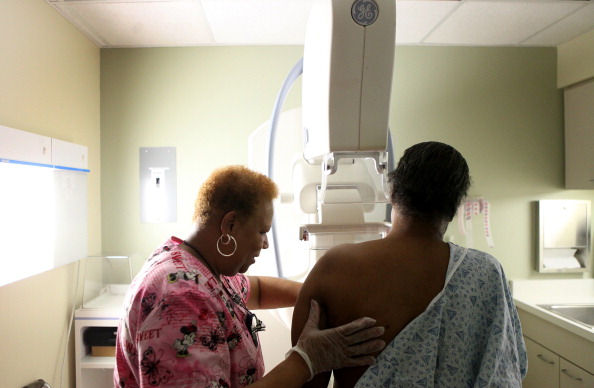 My sister and I agreed to become more aggressive about our Pap smears and cancer screenings. We planned to beat cancer before it snuck up on us — but shortly after, my sister had to undergo surgery to remove fibroids and burn off cancerous cell bundles in her cervix.

It was overwhelming, and it’s what finally woke me up. My sister — a woman nearly two years younger than me, the mother of two precious girls — had a brief but terrifying encounter with cancer. It could come back even stronger. And it could happen to me.

I wasn’t sure what I could do, but I needed to do something — so I began researching the deadliest cancers for women.

While searching for answers, I learned about the BRCA genetic mutation. It refers to mutations in either the BRCA1 and BRCA2 genes, and the presence of these mutations have significant implications for a person’s risk for cancer. If a mutation is present, the risk for breast cancer increases by 65% and the risk for ovarian cancer increases by 39%. Shockingly, the mutations also increase the risk of fallopian tube cancer, pancreatic cancer, and breast and prostate cancer in men.

I learned that genetic testing to identify these mutations is available and recommended to anyone who has been diagnosed with cancer or who has a family history, and the results let you take as many preventive steps as medical advancements will let you. Eager for answers, I quickly began the lengthy process of getting the testing approved for me through my insurance.

The nurse practitioner who walked me through the process explained that, if the results came back positive, the next step would be to remove my breasts with a double mastectomy and have a full hysterectomy.

I was prepared to do what I needed.

After weeks of waiting, I received my results: NEGATIVE.

The results have brought me a tentative sense of relief, but I’ll never shake the knowledge that a clean bill of health is a fragile and fleeting thing.

We women put the wellbeing of others ahead of our own so often that we regularly forget about our own wellness.

Just as you cannot pull water from an empty well, if we don’t take care of ourselves first, then there will be nothing left for those who depend on us. We can start taking a more proactive approach to our own health starting now. We can take the mystery out of what’s lurking around in our DNA.