If Making A Murderer has taken over your life (don’t worry, we can relate), then you are probably mildly obsessed with the man and the mystery that is Dean Strang, half of Steven Avery’s defense team (along with, you know, the whole murder trial). Alongside his crime fighting, I mean lawyering, partner Jerry Buting, Mr. Strang serves as a voice of reason throughout the 10-hour Netflix documentary series.

The gut-wrenching finale of Making A Murderer shows present-day Dean perplexed and questioning our country’s legal system. This week, the Wisconsin-based attorney spoke to WISC-TV and revealed that his feelings remain the same. “I really have deep, deep lingering doubts more than eight years after this trial about whether the system got it right,” he said.

However, he noted, the widespread popularity of the docu-series might be a game changer. In fact, with the case in the public eye again, he said that new leads have recently come to light, though he couldn’t say how helpful they could be for Avery. “Steven’s realistic hope lies in new evidence being discovered,” he said. “That might be someone who’s been carrying a secret for ten years … or it might be an advance in scientific testing.”

This might mean re-testing Steven’s blood that was found in victim Teresa Halbach’s RAV-4 for EDTA, a preservative that would prove the samples actually came from a lab and were planted. Ugh, the image of that tiny, needle-shaped hole in the top of that test tube will haunt me for months to come.

Dean also acknowledged statements made by former Calumet County District Attorney Ken Kratz (you know, the guy with the mustache) that the series edited out important evidence used by the state to convict Steven Avery. “I thought that the significant evidence for the state, including some evidence pointing to guilt that the jury didn’t hear, was included, and that the most significant evidence for the defense was included,” he said, emphasizing that filmmakers Laura Ricciardi and Moira Demos were “thoughtful and fair.” 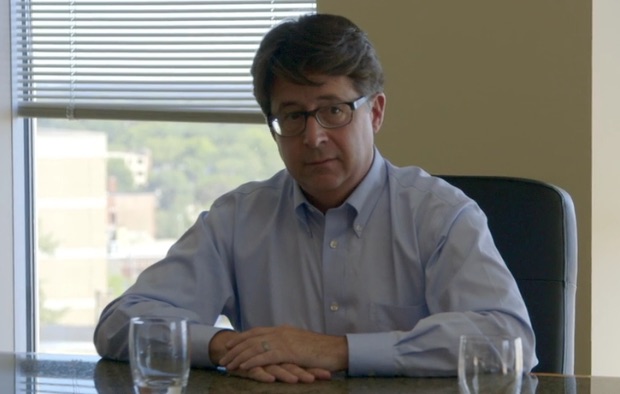 While the futures of Steven Avery and his nephew, Brendan Dassey are still very much uncertain, Dean shared that he sees a silver lining in the popularity of their story. He hopes the series starts some serious conversations about the U.S. justice system. “Some of the systemic concerns that come to light in this documentary are pervasive, and I think worthy of a broader dialogue.”

Don’t worry, Dean, I think we’re going to be talking about this for a while.