It is a small world after all, especially when you find out that two of your favorite celebs went to college together. When David Schwimmer (or, as we’ll always know him, Ross from Friends) sat down with Stephen Colbert on The Late Show, Stephen revealed something we might not have known: Not only did they both attend Northwestern, they were also in the same improv group.

To our glee, Stephen has a picture to prove it. 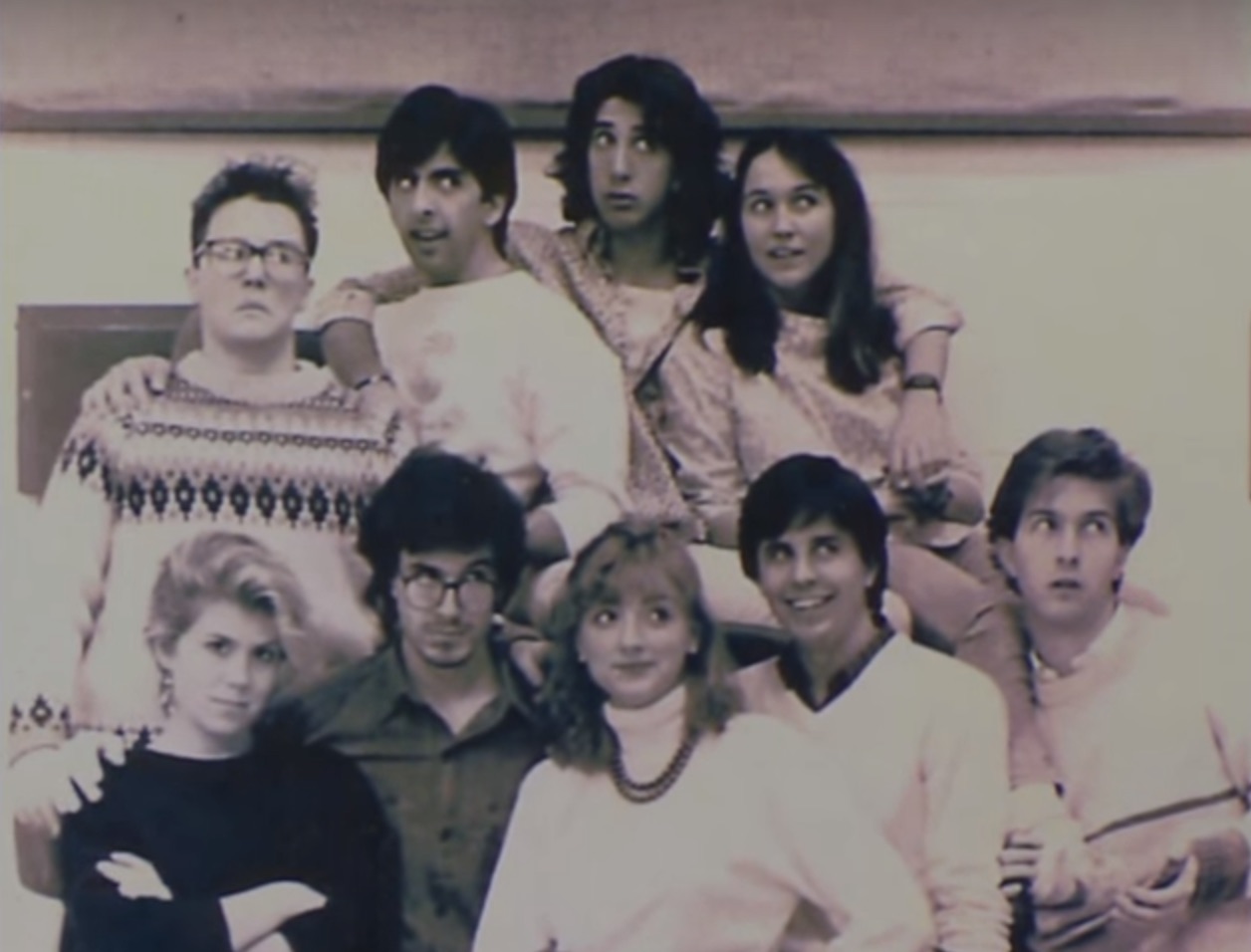 If you’re having trouble picking them out, just look for the two guys with the best hair.

The two also have a lot of college memories, as well as stories from when they had both graduated and were waiting tables in Chicago, hoping for success in Hollywood. They’ve always admired each other’s work, and it’s touching to see how far they’ve come, and how their roots together helped them grow.