Stephen Colbert hosted a “Daily Show” reunion, and it was like seeing all our old friends again

Although we still love it, there will always be a special place in our hearts for The Daily Show when Jon Stewart hosted. That show spawned so many amazing talents, many of whom went on to create their own comedic news shows. Tuesday night, Stephen Colbert held a Daily Show reunion with several members of the cast, and it was epic. Jon Stewart was, of course, there along with Samantha Bee, John Oliver, Rob Corddry, and Ed Helms. The group reminisced about their days working together, and they revealed a whole new side of The Daily Show that we didn’t even know existed.

First, Stephen Colbert chatted with his old boss and good friend Joh Stewart, and Jon was his traditionally sassy self.

Jon Stewart teases Stephen about his recent controversy, saying he has a “potty mouth.” Stephen recently came under some questionable scrutiny for a crude joke he made on the show in reference to the president. But Jon had the perfect thing to say about trying to censor comedians who criticize our leaders.

Jon said, "I do not understand why we hold comedians to a standard that we do not hold leaders to. It's bizarre."

Well said, Jon. Way to make us desperately miss your smart, funny quips about current events in our daily lives.

Later, Stephen brought out the whole crew for a reunion, and they shared some of their most harrowing field pieces on The Daily Show.

The group reminisced about their days on The Daily Show, and some of the crazy pieces Jon sent them out to do. And it was a pretty weird range of stuff that is so perfectly Daily Show. Samantha interviewed a zookeeper about gay penguins at the zoo. And Rob wore a leotard on the streets of New York to see if a tight suit a la Spiderman was sexy. And they showed off young Jon in all his glory. 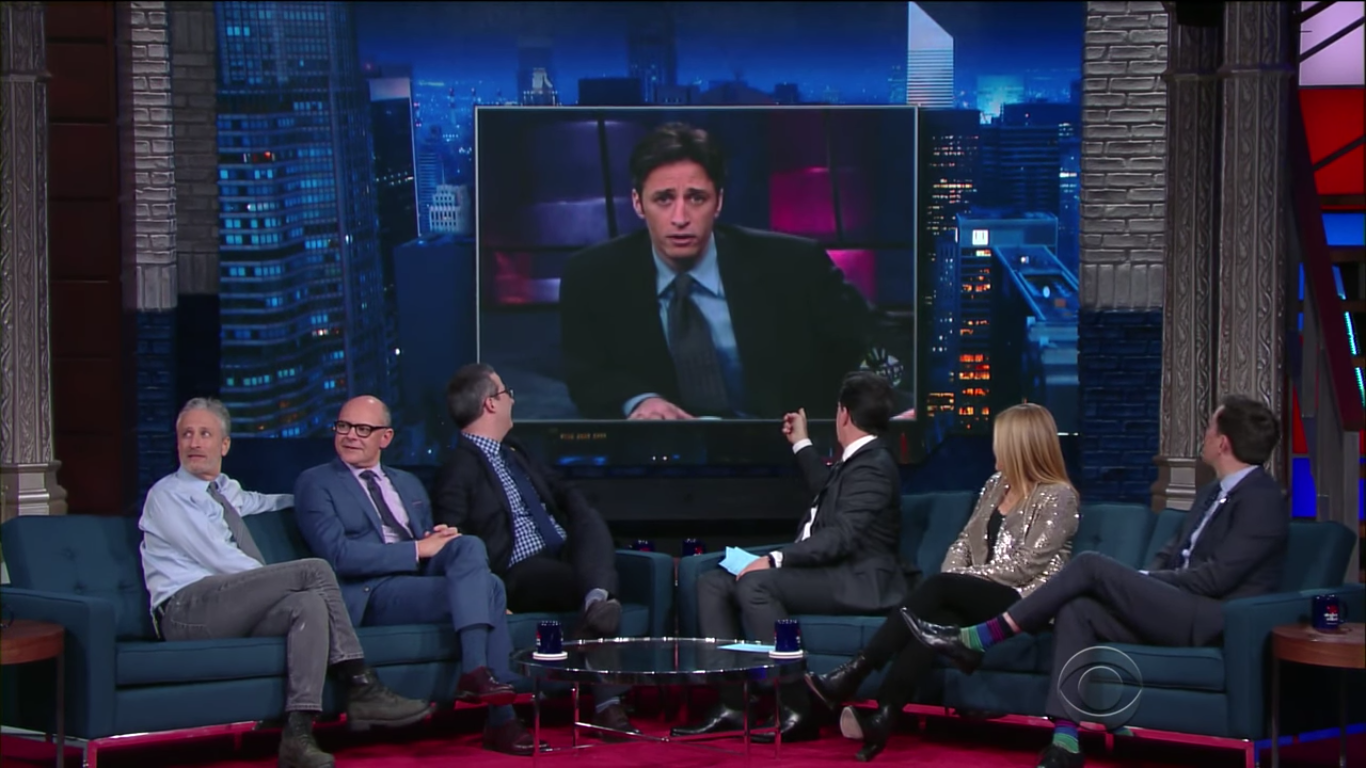 But probably the craziest story was Stephen’s. He recounted a trip to do a piece on the Klu Klux Klan, but before he could get through it, Klan members stopped him and demanded to know what he was doing. Swooping in to save the day, one of his female producers persuaded the members to go talk to their leader, and then she told them all to, “haul ass!” as they sprinted away from a potential incident. 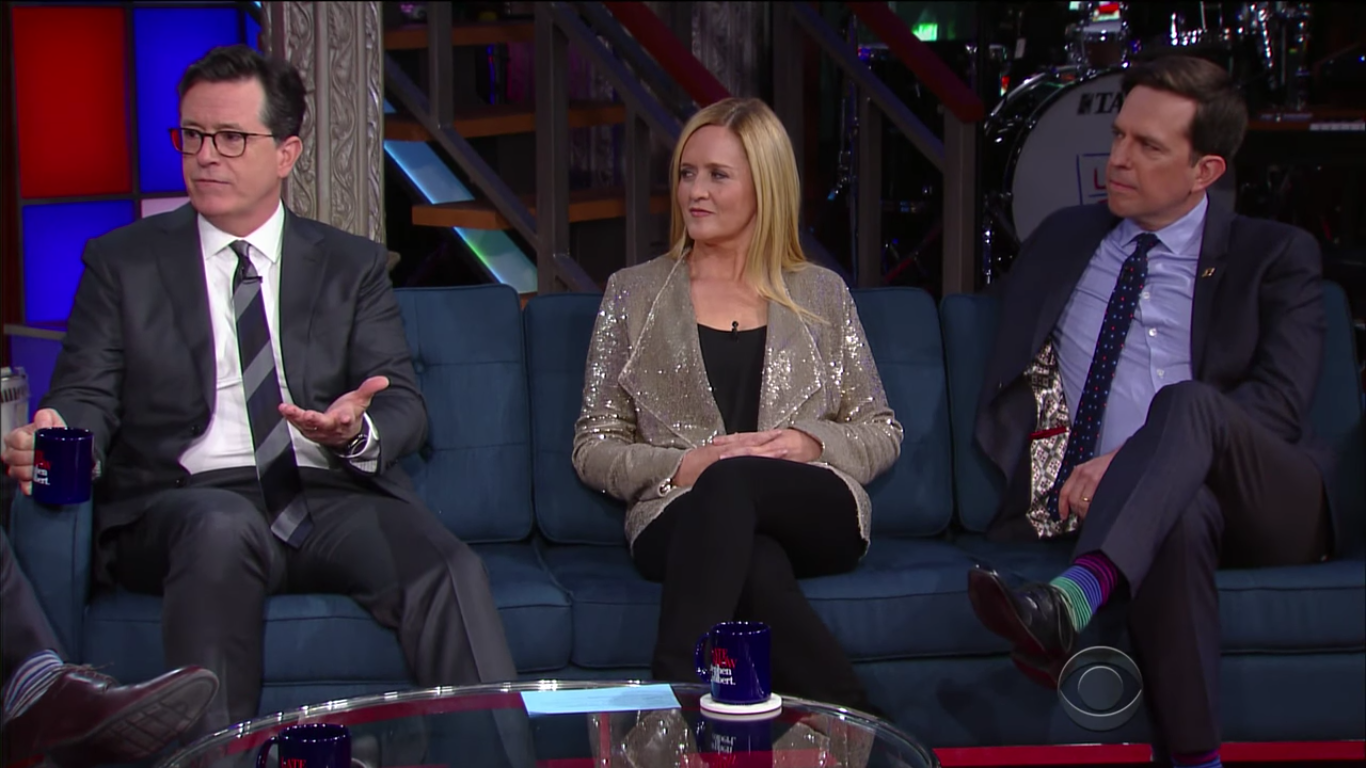 Wow, that sounds intense for a show we thought of as super goofy. But they really do make news, just with a slightly sillier bent. So, of course, they go through similarly tricky situations like any other journalist might. It’s so interesting to think about the behind-the-scenes of some of the controversial people interviewed on The Daily Show. And we are even more impressed by their level of skill and daring.

The rest of the reunion gave us ALL the feels because the group clearly maintained a lot of love and respect for each other.

In classic softie fashion, Stephen almost teared up at the end thinking of all the good old times. But Jon kept things light when he looked around noticing that he felt like the only one who had aged.

Jon said, "This really does look like a group of students coming back to see Mr. Holland."

LOL. That is too sweet. And for our money, we think they all still look great.

And of course, it wouldn’t be a reunion without an adorable throwback sketch.

Stephen, Jon, and the crew reimagined 2005 when Stephen left The Daily Show, and it’s pretty fabulous. We so enjoyed seeing this hilarious group together again, and we wish they did more reunions like this one.