For those of you still trying to round out your “What Should I Obsess Over in 2016” list, we’ve got you covered. Artist James Hance has created unbearably cute images of Star Wars characters in Winnie the Pooh‘s world that make our hearts shine so brightly, the Dark Side doesn’t stand a chance.

While R2-D2 and Chewbacca may speak completely different languages, you don’t need C-3PO to interpret the universal language of this affectionate hug. 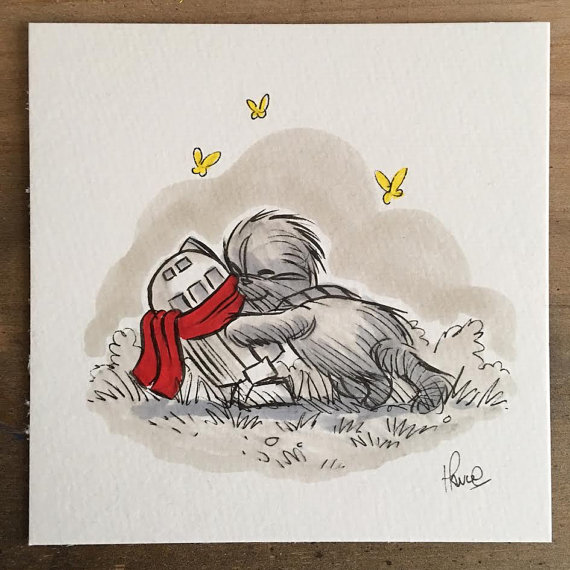 And if you could barely handle when Pooh Bear would get stuck in a honeypot, hold onto your light sabers because Chewy stuck in a Stormtrooper helmet may have just eclipsed the ewok as the cutest thing to ever happen to Star Wars.

Sorry, ewok friend. But just look at this! 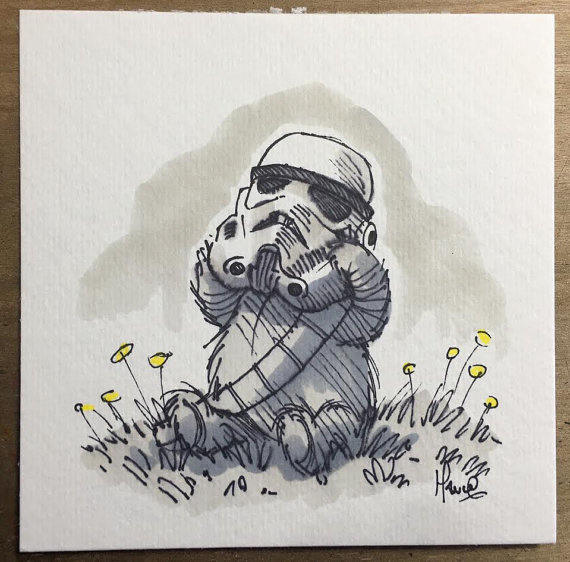 It’s fun to imagine that before Han Solo was a renegade, he may have been an imaginative boy like Christopher Robin, happily marching through a meadow with a rag tag group of fighter friends. 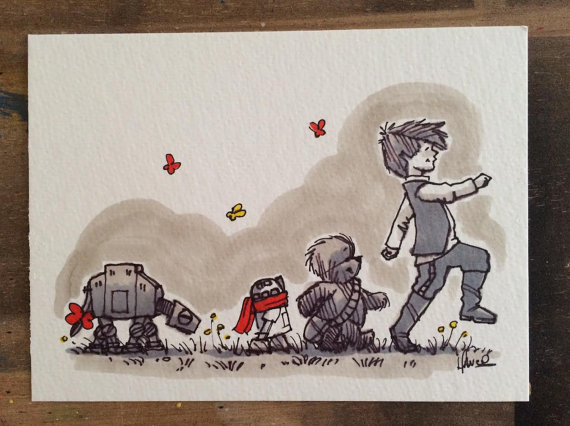 We might as well call James Hance the Death Star of love because these endearing images have destroyed our hearts.

If you want to buy these sketches and see what else James has to offer, be sure engage your hyperdrive and get over to his Etsy shop, “JamesHance,” in less than 12 parsecs!