You might want to sit down to hear this next piece of news, because it’s going to totally shake and rattle your Star Wars loving-world. Carrie Fisher — best known for playing Princess Leia, ahem, General Leia — has a new book coming out later this month, The Princess Diarist. In it, she drops lots of information about her movies, her life, and her life in the movies. Also, what we’re going to talk about right now, her love life: Almost 40 years ago, Carrie Fisher and Harrison Ford had an affair during filming for Star Wars.

Go ahead, and take as much time as you need to process that Alderaan-sized information.

In a People exclusive, Carrie writes that she happened to come across some on-set diaries she kept while filming Star Wars back in the late ’70s, and thought “It’s been 40 years.” She decided now was the time to share this information with the world.

Their tryst first started after a birthday party for OG Star Wars director (and Star Wars mastermind) George Lucas, and immediately, Carrie had doubts (lol, been there, done that Princess Leia).

“I looked over at Harrison,” she continues. “A hero’s face — a few strands of hair fell over his noble, slightly furrowed brow. How could you ask such a shining specimen of a man to be satisfied with the likes of me?”

Their romance didn’t last past the completion of Star Wars: A New Hope, but Carrie looks back on that time with fond memories. “I was so inexperienced, but I trusted something about him. He was kind.” 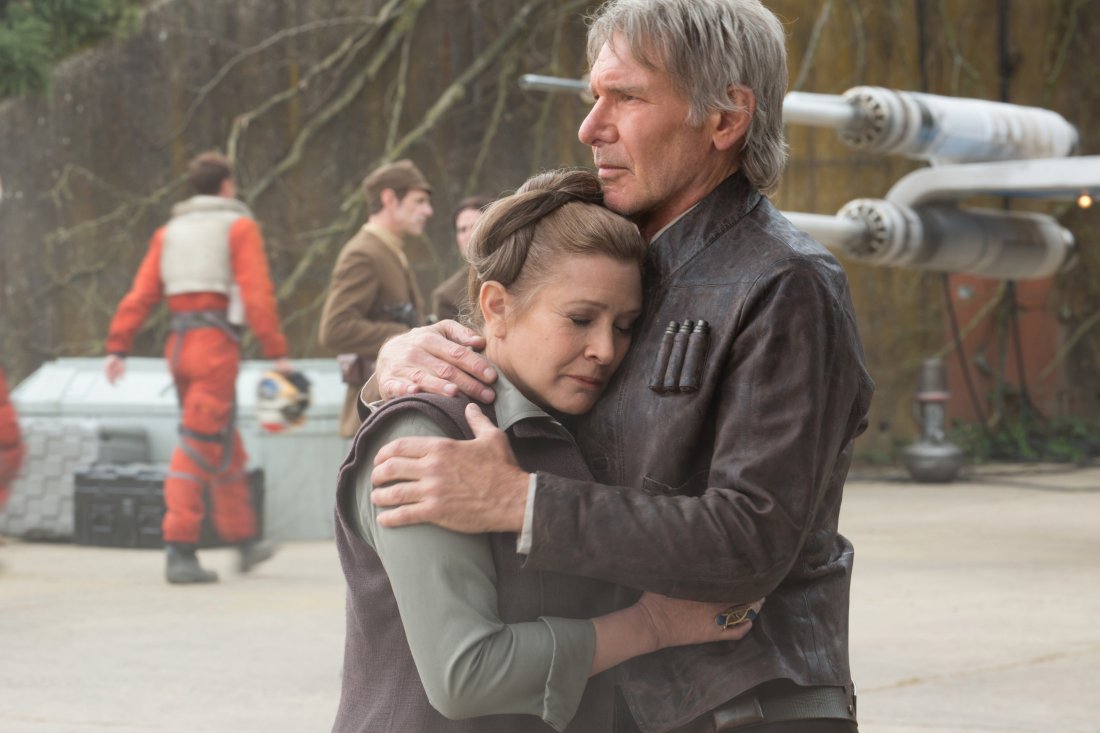 Scruffy-looking nerf herder, Harrison Ford, has seen a draft of Carrie’s new book, so yes, he is well aware that she is making this confession 40 years later. At the time, Ford was married to Mary Marquardt (they later divorced in 1979) and he has not yet commented on this new information.

BUT LIKE WOW. WOW. Wow this is going to take us some time to process. This is like learning Darth Vader is Luke’s father all over again: Part of us has known this all along, and the other part is just like 100000% SHOCKED.