Everyone has their own Star Wars cast member favorites, but R2-D2 always stole our hearts. Kenny Baker, the British actor who played R2-D2, passed away on August 13 at the age of 81. 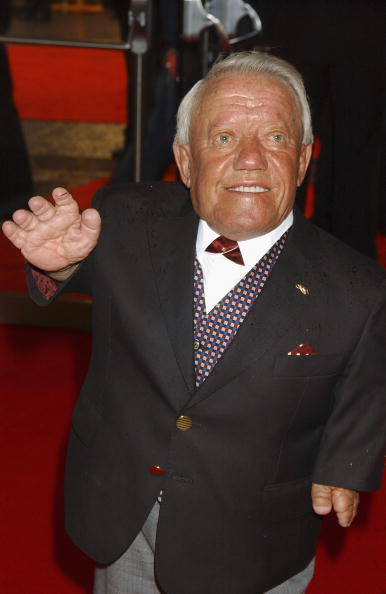 Fellow actors and fans took to Twitter to pay their respects to Baker, who was 3 feet, 8 inches tall yet commanded a large presence as R2-D2.

Baker died in his sleep, yet had been ill for years due to a lung condition, reported CNN. His niece, Abigail Shield, said Baker was not expected to “live past his teenage years because he was a ‘little person,’ so it is pretty amazing he lived this long.”

We’ll say. I mean, can you imagine R2-D2 without Baker?

Mark Hamill, aka Luke Skywalker, wrote a sweet message about Baker on Twitter.

And George Lucas wrote a moving tribute to Baker, calling him “truly the heart and soul of R2-D2.”

Regarding the costume, “Kenny was always complaining because it was difficult, it was so tight in there, we had to put rubber ‘round him, foam rubber, and he couldn’t move it, he could kind of shake it a bit, but that was about it…” Roger Christian, who created the first R2-D2, told BBC Radio 5 live.

“I found a fighter pilot’s harness and we fitted that inside R2-D2 so Kenny could wear R2-D2 like a rucksack. And he actually stumbled forward about three steps and crashed over—we could hear him inside saying ‘let me out!’ But that was it. He would endure it for hours and hours he was a good sport… he would make jokes all the time.”

Most of us knew Baker as lovable R2-D2 from Star Wars, beginning in 1977, playing alongside C-3PO (Anthony Daniels). He also appeared in the sequels, The Empire Strikes Back and Return of the Jedi, as well as the three prequels.

Yet Baker was known for more than R2-D2, with a long list of acting credits, from Flash Gordon to The Elephant Man.

However, on Twitter, most of the tributes were R2-D2-based. TBH, none of us can ever forget the droid, right?!

Aww. We second that.

Baker had been married to actress Eileen Baker, who passed away in 1993, and they had two children.