About two years ago, my dad noticed that he couldn’t move his arm as comfortably as usual. Raising it past his shoulder was pretty much impossible, and the pain he felt when moving it was unbearable. Diagnosed with chronic pain and fatigue since his 30s, my dad first attributed this new ache to that issue — but something just didn’t feel right.

When he began to experience pain in his lower abdomen that left him unable to keep food or water down, he decided to go to the doctor. After his primary care physician dismissed the issue as a simple stomach bug, the blood work showed that he actually had a bad case of pancreatitis. The illness not only caused the stomach pain, but the shoulder stiffness too. Treatment helped ease both of these pains — at least at first. Both injuries never really went away.

The monthly blood work he was assigned started coming back with a smaller and smaller platelet count. My dad knew what this meant, but his doctors dismissed the “C” word, saying the tests weren’t indicating that. He switched doctors, hired an oncologist, argued and fought for diagnostic screening that would figure out what was wrong. Not knowing was the worst part, he told me.

My dad started preparing others for the news, slowly telling others that he likely had cancer. He was dismissed by family and friends (myself included), who said he was only overreacting. Surely, if there was something wrong, doctors would have caught it by now, right? No one wanted to think of my dad — a vibrant, sarcastically funny, warm man who was a friend to everyone he met — as sick. We didn’t want to imagine that he might be dying.

It got to a point when Dad was the thinnest he’d ever been. A bear of a man, he had shrunken down into a sliver of his former self because of his sickness. We had to face the truth he had been pushing. Even his doctors could no longer deny it.

His doctor finally referred him to the best oncologist in the city, who ordered a battery of tests to uncover the truth. We had to wait a few weeks to learn the results, but when we did, it was worse than we had ever imagined.

I was grocery shopping when I got the news. You know how people say their stomach “drops” when they hear something terrible? That’s what mine did. It was like being punched in the gut. In the middle of the grocery store, I broke down in tears. 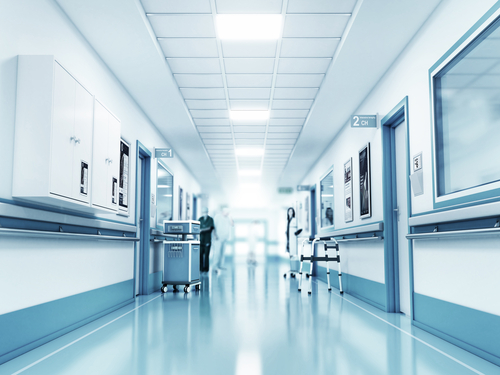 After the initial feeling of life being over, we found out more about his diagnosis. Carcinoma of the pancreas with cancer cells present in the liver and one lung — not an immediate death sentence, but still an illness without a cure. Remission is our best hope now. People have even said that we’re lucky it isn’t worse.

Still, Dad and I can’t help but wonder what may have happened had his doctor taken him seriously the first time.

With most illnesses, and definitely with cancer, early detection is the key to receiving a better prognosis. While 1 in 3 women and 1 in 2 men will be diagnosed with some form of cancer during their lifetime, simple screening tests — Pap smears, mammograms, colonoscopies, etc. — have drastically decreased cancer-related deaths across all cancer types.

In my dad’s case, had his doctors detected his cancer in the earliest stages, his 5-year survival rate would have been 61%. At his current stage, it’s only 16%.

Since early detection is so important for ensuring survival, why did my dad have to push so hard to get answers? The reason is an unfortunate epidemic that is impacting the medical treatment of seniors, patients with mental disorders, sufferers of invisible illnesses, and especially women.

Women have shared stories online about pain and illnesses they’ve presented, only to have their suffering dismissed by medical staff as something less severe. But this issue isn’t simply anecdotal. Published research, such as the University of Maryland’s The Girl Who Cried Pain: A Bias Against Women in the Treatment of Pain, have cited repeated instances of these disservices.

If we are not doctors ourselves, there isn’t much we can do to change this dangerous bias — except to fight for and demand proper treatment.

When experiencing pain or illness, trust your gut and fight to be taken seriously. Acknowledge that, yes, doctors and nurses may dismiss your suffering, but you know your body better than anybody else. You know when things feel different. Dismissive attitudes shouldn’t stop you from seeking treatment. It can very literally mean the difference between life and death.

Time and treatment will determine my dad’s fate. There is no knowing what the next few years will bring my family. But I do know that if sharing his story inspires even one person to take their health into their own hands, at least some good will come from this pain.