Sorry, the 5-second rule is not a thing

A 2016 study published in the journal Applied and Environmental Microbiology confirmed what most of us probably already know: the five-second rule is a bunch of baloney.

Read more: When Your Food Is Labeled “All-Natural,” It Means Nothing

You already know the “rule”: that food dropped on the floor and left there for five seconds or less is safe to eat. The theory there is that it takes more than five seconds for the bacteria on the floor to transfer onto the food. Sorry, that’s not a thing.

While increased time spent on the floor can mean more bacteria on the food, there’s no way to avoid bacteria getting on something that’s been dropped on the ground. At least some bacteria transferred onto food instantaneously, no matter how quickly it’s scooped back up. 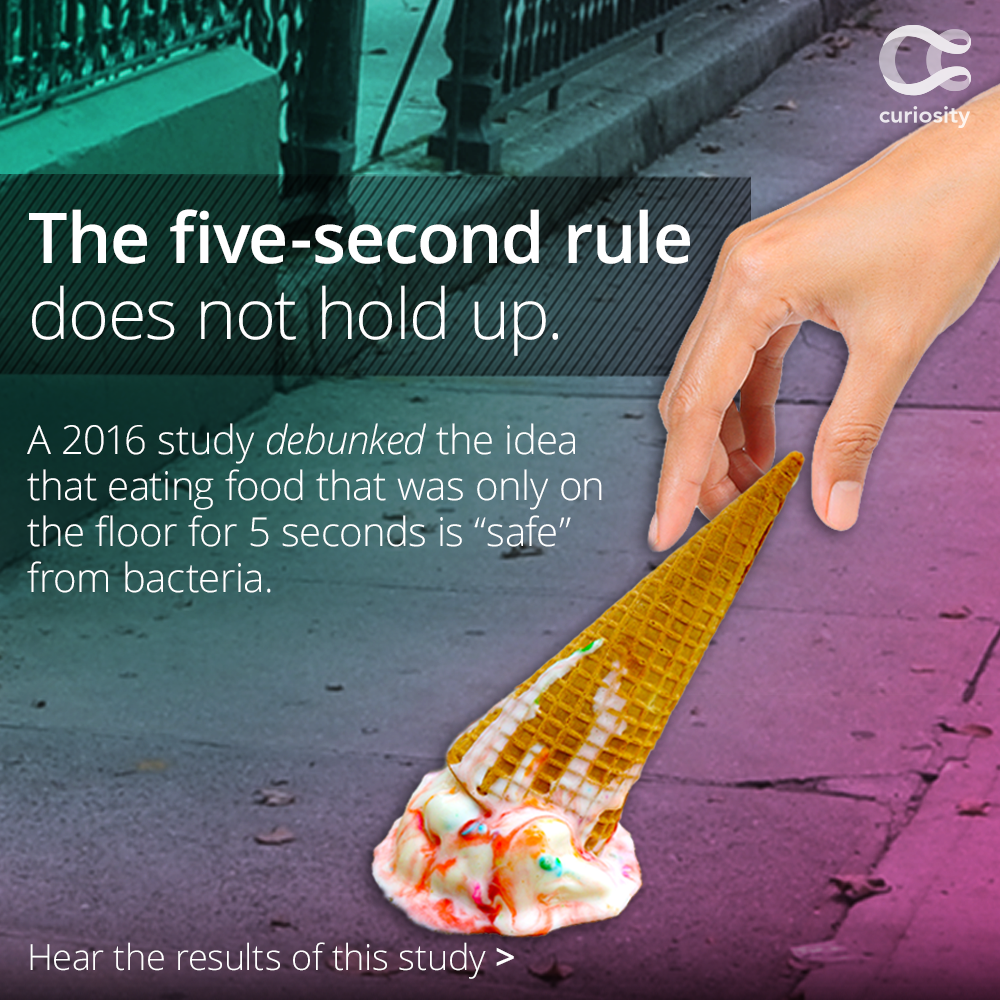 Read more: Why Mayonnaise Probably Won’t Give You Food Poisoning

But the amount of bacteria that gets on the food depends on a few factors, including the nature of the food (Is it wet? Porous and spongy?), and the surface the food lands on (you’re better off if the food fell on the carpet than on a hardwood floor).  We’re not trying to tell you how to live your life, though. If that ice cream on the ground looks too good to waste, scoop it back up. We won’t tell.