Soon, you might be able to give your emojis a makeover

Today we learned that soon we’ll might be able to customize emojis even more than we already can. The Unicode Consortium, the non-profit body that governs emojis, is mulling a proposal to add the options to let users alter the hair color and gender of their emoji. In our gender-fluid world, this sounds a lot like progress.

The resource for all things emoji Emojipedia has put together a thorough breakdown of the what the proposal entails, and it is fascinating!

Two key changes deal with the gender and hair color of the emojis. While users can now choose the skin tone of the more human-looking emoji, acceptance of the proposal would allow users to choose the color of the emoji’s hair, including ginger, brunette, dark brown, sandy, silver, and bald. Emojipedia took a guess at what the “new looks” could entail:

Users would also be able to specify the gender of an emoji they want to use — if they want a gender at all. Sufficiently human emojis would be able to be either male, female, or neutral.

Here’s an example of how the (currently male-looking) Man in Business Suit Levitating might look, also courtesy of Emojipedia: 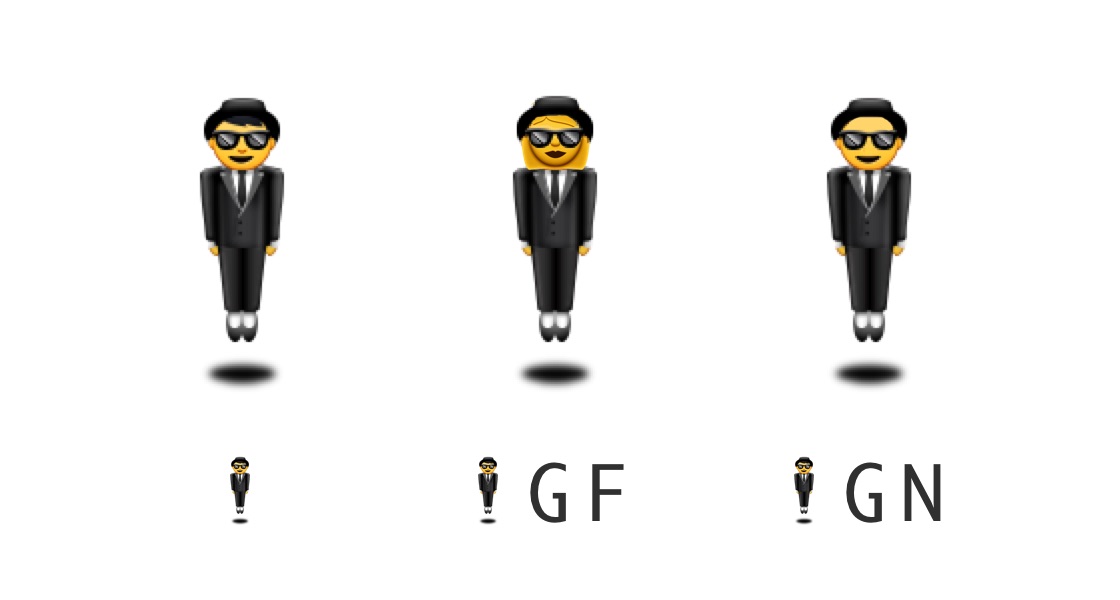 Other proposed changes would allow users to change the direction of emojis — so the pointing finger could point left instead of right, or the pedestrian emoji could walk right instead of left. And the proposal also opens the door to the inclusion of Scottish, English, Welsh, and even US State flags.