Revisiting the teen homelessness Christmas episode of My So-Called Life

Let’s face it: television Christmas specials can often feel trite or forced. Strong storytelling is often discarded for the importance of A Very Special Message, and each character becomes a mouthpiece for an underlying issue. Christmas specials tend to focus too much on embodying stereotypical notions of what we think the holiday season is about, rather than exploring the inner lives of characters we’ve already grown to know and understand. In the context of a teen drama, the Christmas or holiday special is used as a chance to maximize collateral damage—broken hearts, miscommunication, and tears are par for the course. However, My So-Called Life, the teen drama that aired on ABC from 1994-1995, is the exception.

I decided to re-watch the show’s 1994 Christmas episode, “So-Called Angels,” which tackled a very real issue: homelessness among teenagers. Granted, the episode is a not-so-subtle nod to Frank Capra’s It’s a Wonderful Life. But while it borrows Capra’s methods, the episode’s frank dialogue is a reminder of the show’s ability to capture the fraught and delicate nature of teenagehood. 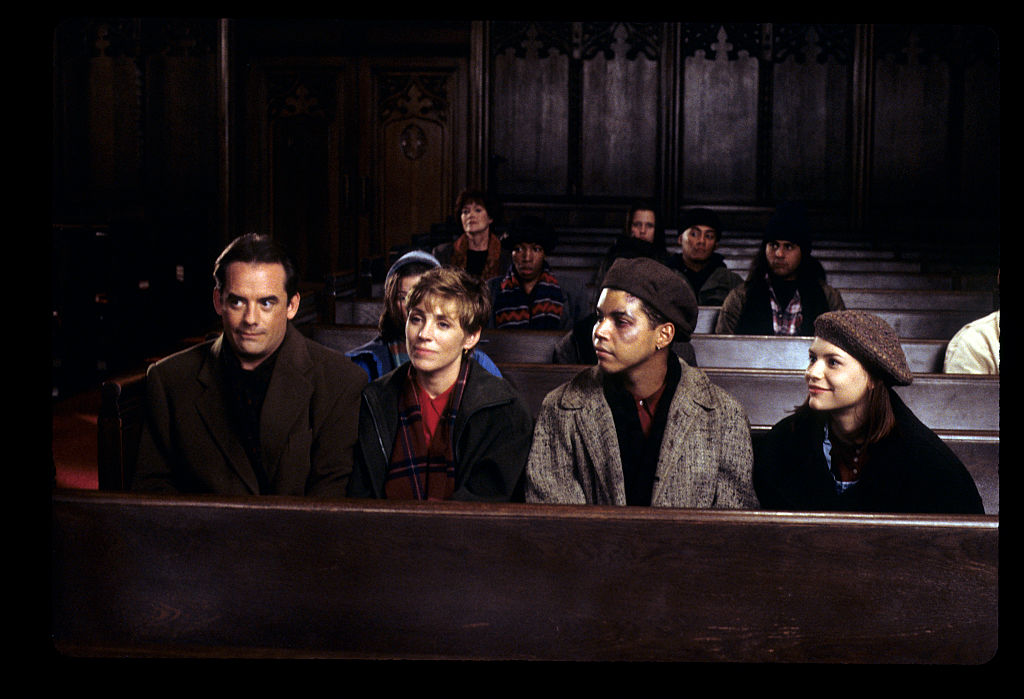 While main character and high school student Angela (Claire Danes) isn’t so much in a George Bailey situation, she encounters a celestial being disguised as a guitar-playing, homeless teenager. Naturally, the angel in disguise is meant to teach Angela, her friends, and her family about the value of goodwill, empathy, and privilege. Although the episode’s narrative seems familiar, to say that it’s wrapped in the saccharine trimmings expected of a holiday special would be a dismissal of its positive aspects.

My So-Called Life—even when dealing with heavy issues such as underage drinking and addiction, sexuality, and abusive parental relationships—was always about magnifying the inner lives of its characters. At the start of the episode, the camera focuses on a distressed Rickie (Wilson Cruz), who is coughing up blood and has been badly beaten after getting thrown out of his home. Although people surround Rickie, who is Angela’s friend, no one bothers to help him. He walks down an alley as a girl representing an angel (Juliana Hatfield) plays the guitar in the snow.

This scene is quickly juxtaposed with Angela’s postcard-ready home, where she begins to play “Silent Night” on the piano. Angela questions her parents about why they don’t attend church, which leads to her asking if they believe in God.

Within the first five minutes of the episode, it’s clear that Angela will serve as the foil to her friends, namely Rickie, who is a gay Latinx teen dealing with an unstable, abusive home environment and in need of a safe place to stay.

Despite her angst, insecurities, and tendency to slip into bouts of existential crisis, Angela has privilege that her friends Rickie and Rayanne lack: the promise of stability.

Her parents’ marriage isn’t perfect, but it’s functional, and for the most part, healthy. Unlike Rayanne, Angela doesn’t have the burden of parenting her own parent. Unlike Rickie, Angela hasn’t been disowned because of her sexual orientation and still lives in a safe environment. For Angela, the holidays aren’t associated with fear: the fear of isolation or the fear of displacement.

When Angela sees Rickie at school the next day, she immediately notices his bruised face. Rickie lies and claims he fell on some ice. Back home later that night, Angela is taking out the garbage when Rickie appears out of the shadows. She senses he is hungry and troubled, so she invites him inside. Angela’s parents arrive home soon after and aren’t too pleased to see that Rickie has stopped by so late. Although Angela voices her concerns that her friend doesn’t have a place to stay, Angela’s parents, Mr. and Mrs. Chase, are very reluctant to get involved. Rickie overhears the conversation and decides to bolt.

There’s an underlying sense that, while Angela’s parents aren’t bad people, their judgements about Rickie prevent them from fully embracing him. Mrs. Chase is certainly more vocal about her reservations than her husband, couching her discomfort with faux-concern. Mr. Chase calls out his wife’s distaste for Rickie, pointing out that she’s uncomfortable with Rickie’s affinity for makeup, among other parts of his queer identity. It’s a moment of self-awareness, even shame, for Mrs. Chase; she realizes that if it were someone like Angela’s friend Brian Krakow, she wouldn’t have hesitated to offer help or refuge. Mrs. Chase’s look of revelation prevents the sentiment from venturing into mawkish preaching. It’s the realization that, despite your own insistence that you’re a good person with morals, you can’t escape the reflexive instinct to turn your empathy into a conditional emotion.

People are scared of what they don’t understand, and as shown with Mrs. Chase, that reaction isn’t restricted to one age demographic. 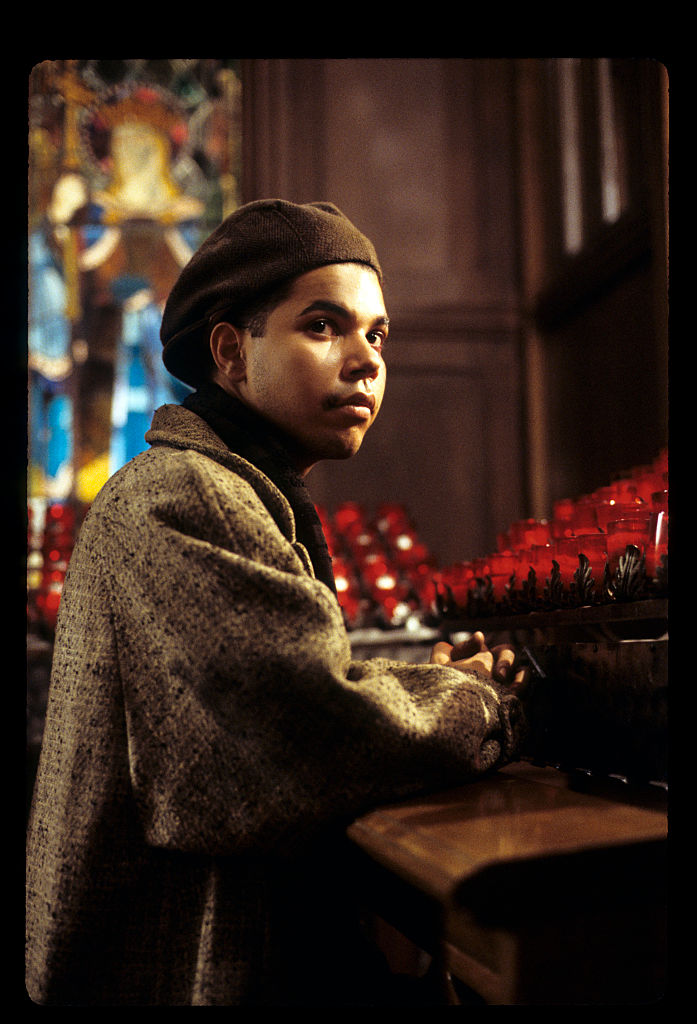 In contrast, the insertion of the angel disguised as a homeless runaway ventures into the heavy-handed. The runaway teen crashes at an abandoned warehouse with other homeless teenagers, including Rickie. She tells Angela that she’s “looking out for him.” The sight of her battered and broken boots compels Angela to give the girl her brand new boots. At one point, Angela confesses to Brian Krakow that, when she talks to the girl, she “forgets” that she is homeless. Angela decides to invite both Rickie and the girl over for Christmas Eve dinner. Her mother automatically rejects the idea.

Mrs. Chase is offended—even disgusted—when Angela suggests that, in another life, she could’ve been in the homeless girl’s shoes.

The audience eventually learns that the girl ran away from her home after getting into a fight with her mother. The girl explains to Mrs. Chase that she was once just like Angela, but a twist of fate changed her life forever. We learn that, while living in homelessness, the girl froze to death and has been dead for the entire episode. When the episode ends, she literally sprouts wings and flies away into the dark night. Borrowing from the playbook of It’s a Wonderful Life, the angel in question serves more of a prop, rather than a characterization tool. 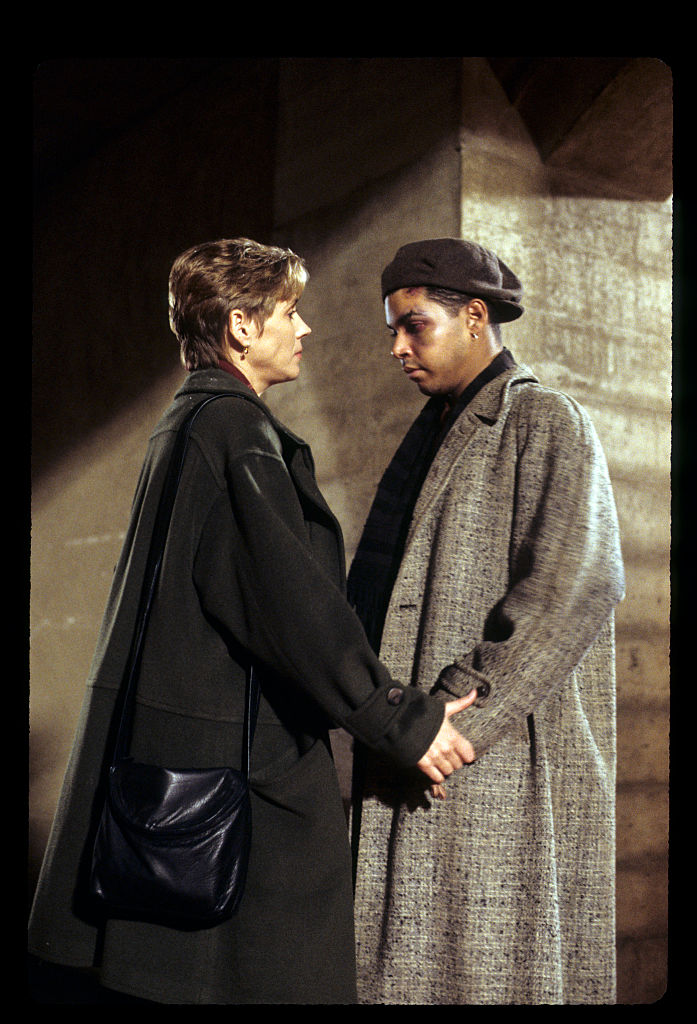 Ultimately, “So Called Angels” hits the mark when it loses the Official PSA tone in favor of the quiet desperation accompanying a moral dilemma. The strongest moments of the episode deal with Rickie directly, not the interactions between Angela and the nameless angel.

Rickie’s narrative is moving and poignant, mostly because of the things he doesn’t say.

His actions reveal more about the dire conditions of his reality as a gay Latinx teen without a safe home, than Angela’s speculation about his situation or Mrs. Chase’s snap judgments of him ever could.

Those moments are a better reflection of the show’s lasting power; My So-Called Life never needed overblown glamour and aspirational zip codes or cartoonish theatrics to successfully showcase the pangs of growing up.