Snickers purposely botched this model’s body with Photoshop, and here’s why

Ah yes, Photoshop. It’s a tool that can be used for good when it allows artists to design spectacular creations. Yet, on the other hand, it can also be used for…not so good when models are altered to portray unrealistic beauty standards and proportions. Sigh.

With the above dilemma in mind, Snickers just released a genius campaign – in Sports Illustrated’s Swimsuit Edition, no less! On the back of the magazine, readers will see model wearing a bikini… and then do a double (maybe even triple) take. Upon closer inspection, they’ll notice that the woman has been the victim of some pretty awful retouching. 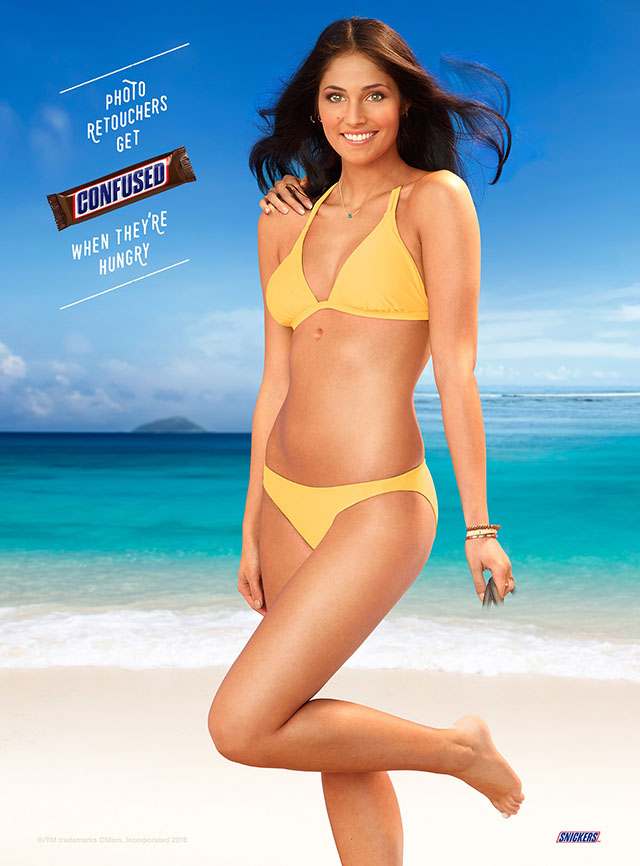 According to Snickers, there are 11 mistakes. Examples: there’s an Addams Family-esque hand on her shoulder, a handbag that’s been partly erased, floating hair, a lost thigh, a disappearing bikini strap, and a belly button that’s nowhere near her belly.

Plus, the model isn’t the only one who’s paid the price for poor Photoshopping. If you look at the background, you’ll soon realize that the horizon has not been positioned correctly (because nothing and no one is safe).

At first, one would understandably think that this was an accident (especially considering all the horrible Photoshop jobs we’ve come across), but fear not! It’s 100% intentional. Just read the caption: “Photo retouchers get confused when they’re hungry,” which features a Snickers’ Hunger Bar: a product that replaces the brand’s name with a symptom of hunger.

There’s also another ad in the publication that reads, “Wind machine operators get loopy when they’re hungry.” (Honestly, same.) 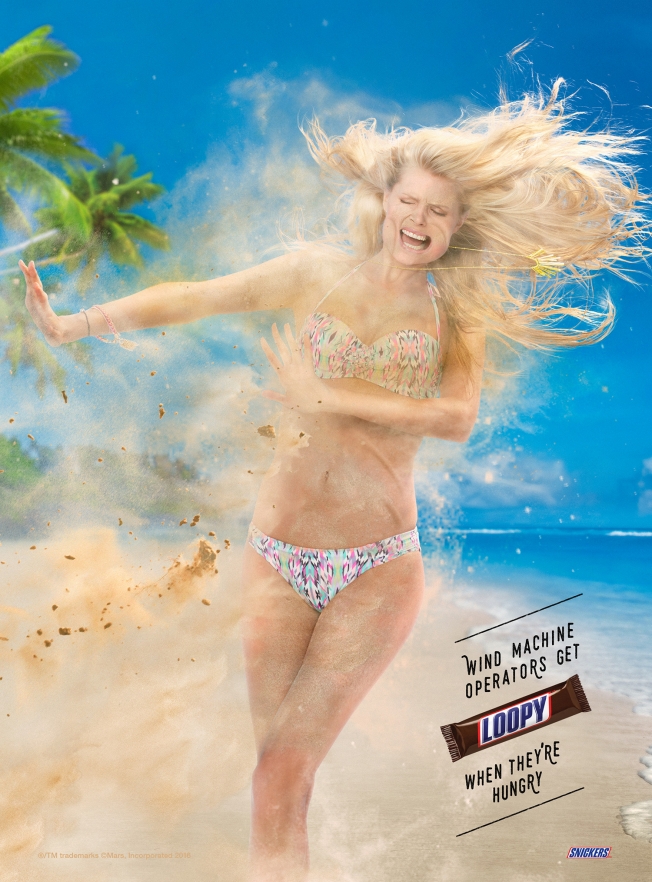 In addition to being funny (and relevant), these Snickers ads remind us just how unrealistic Photoshopping can be. It also reminds us that we’re hungry and Snickers is delicious.