It can be a mild habit or a serious disorder.

Skin-picking can be a vicious cycle. For me, it often looks like this: I feel stressed or anxious, go to the mirror, and pick at my face as a distraction, popping whiteheads or blackheads and squeezing at anything hiding under the surface. In doing this, I lose track of time and forget my worries temporarily, but when I pull back from the mirror and see the redness, marks, and swollen wounds left behind, I feel bad all over again. Even though I know picking at my skin always yields the same result, often creating more stress and self-loathing, I haven’t been able to completely stop. What has been helpful, however, is hearing other people talk about their picking habits and what’s helped them.

It’s important to note that the act of skin-picking can manifest in many ways and can vary greatly in severity—from a mild habit to a serious form of mental illness. According to Mental Health America, “excoriation disorder (also referred to as chronic skin-picking or dermatillomania) is a mental illness related to obsessive-compulsive disorder.” Rather than simply popping pimples, picking scabs, or pulling at your cuticles from time to time, chronic skin-picking “is characterized by repeated picking at one’s own skin which results in skin lesions and causes significant disruption in one’s life.” (Check here for a fact sheet on skin-picking disorder.)

Whether mild or severe, skin-picking is often tied to mental and emotional stress, so treating it should involve acknowledging your mental health needs and seeking professional help if your condition is more serious. There are, however, some small things you can try at home to help keep yourself from picking at your skin—and there’s a whole community of people ready to share their advice. So we asked people who have struggled with skin-picking to share what’s helped them kick the habit. From wearing gloves to using tea tree oil, keep reading for tips and tricks that could help keep your fingers from picking.

Ingrid, 34, committed to reducing her skin-picking habit while in quarantine, so she started reading up on different tips and tricks. One piece of advice she’s followed the most is to watch videos of other people’s skin being popped, picked at, and squeezed instead of doing the same to her own. “Dr. Pimple Popper videos helped because I think that a lot of people who pick at their skin want a sense of something they can control,” she said. “Looking at her videos gave me the same feelings without having to harm myself.”

While watching those gross yet satisfying videos have helped reduce her skin-picking, Ingrid admits that it’s still a work in progress. So she also invested in a blackhead extractor so that when she does pick, she can use a skincare tool instead of her fingers. “I think with a bit more time I’ll be able to reduce this habit and hopefully stop it for good,” she says. 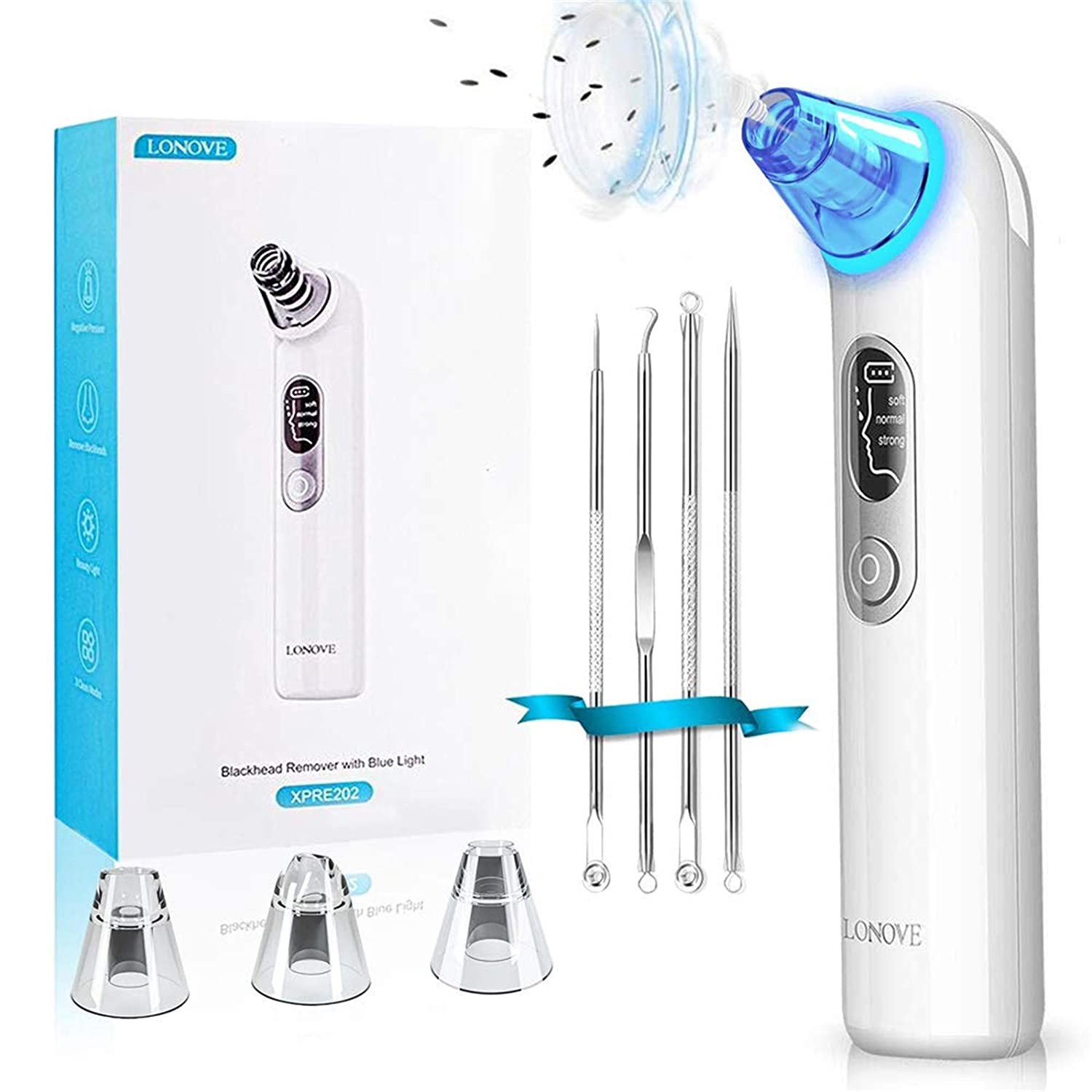 2. I use pimple patches.

Alyssa Kaplan, 28, says she’s “always been intrigued by skin” and that her excessive picking left scars over the years. A couple years ago, though, she started using pimple patches after reading about how they could flatten zits. “After I started using them, I realized that wearing them helped me stop picking,” she says. “Not only does the patch prevent me from touching the pimple directly, but it also helps break the habit.” Her current favorites are from Hero Cosmetics. 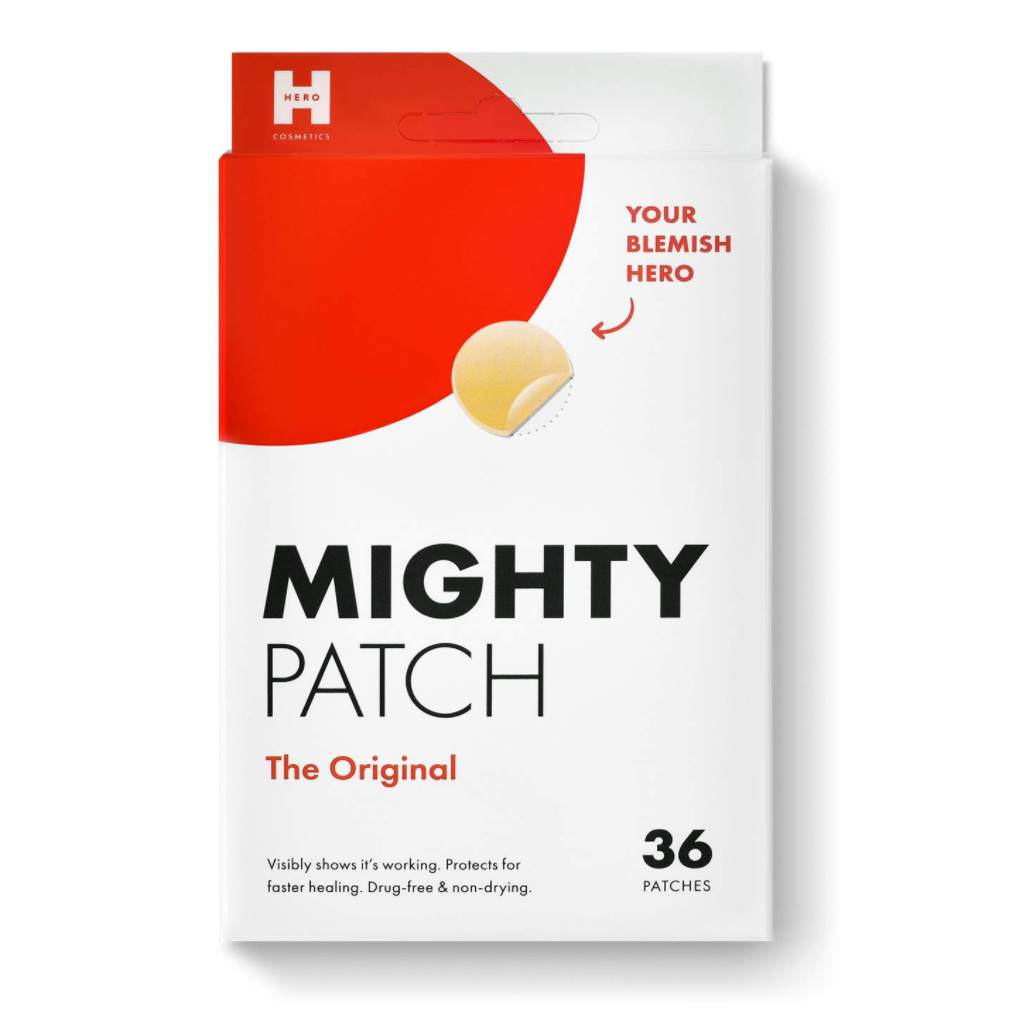 Kayla, 24, says that when her skin-picking is at its worst, her self-esteem is also at its lowest. “Nearly every time I’m in front of a mirror, I lean in to look closely at my face to see if there’s acne worth popping and picking at,” she says. “It’s embarrassing when I am in public restrooms, but it feels impossible to not check.” She’s noticed that her skin-picking—which often continues until a wound or infection develops—is mostly stress- and anxiety-induced. “I have memories of taking studying breaks in the library to go to the bathroom and pick at my face,” she says.

One thing that’s helped Kayla reduce the urge to pick and keep from wounding her skin is being diligent about keeping her nails short. “I used to have long acrylic nails, so I bought a nice manicure kit and now try to keep my nails looking short and clean,” she says.

Elizabeth Harris, 26, says she used to pick at blemishes until they would bleed and leave bright red blotches all over her face. “Then I’d pick at the scabs, and the whole process would carry on in a cycle,” she says. “It was annoying and left my skin irritated and sore.”

Tea tree oil has strong antimicrobial and anti-inflammatory properties—and it’s been a game-changer for Harris, who says that it treats her breakouts and helps keep her hands away from her face. “I use a Q-tip to dot the oil directly onto the areas of my face that are starting to break out, and I quickly found that it worked well for me,” she says. “Not only did tea tree oil help stop any breakouts in their tracks, but the strong smell also meant that I stopped touching my face as often as I didn’t want to get the oil on my fingers.”

Harris says she often picked at her skin absentmindedly, especially when concentrating on difficult tasks and working on a computer. So, tea tree oil “turned off an action that used to be automatic,” she says, adding that it also “helped the damaged areas of my skin to heal.” 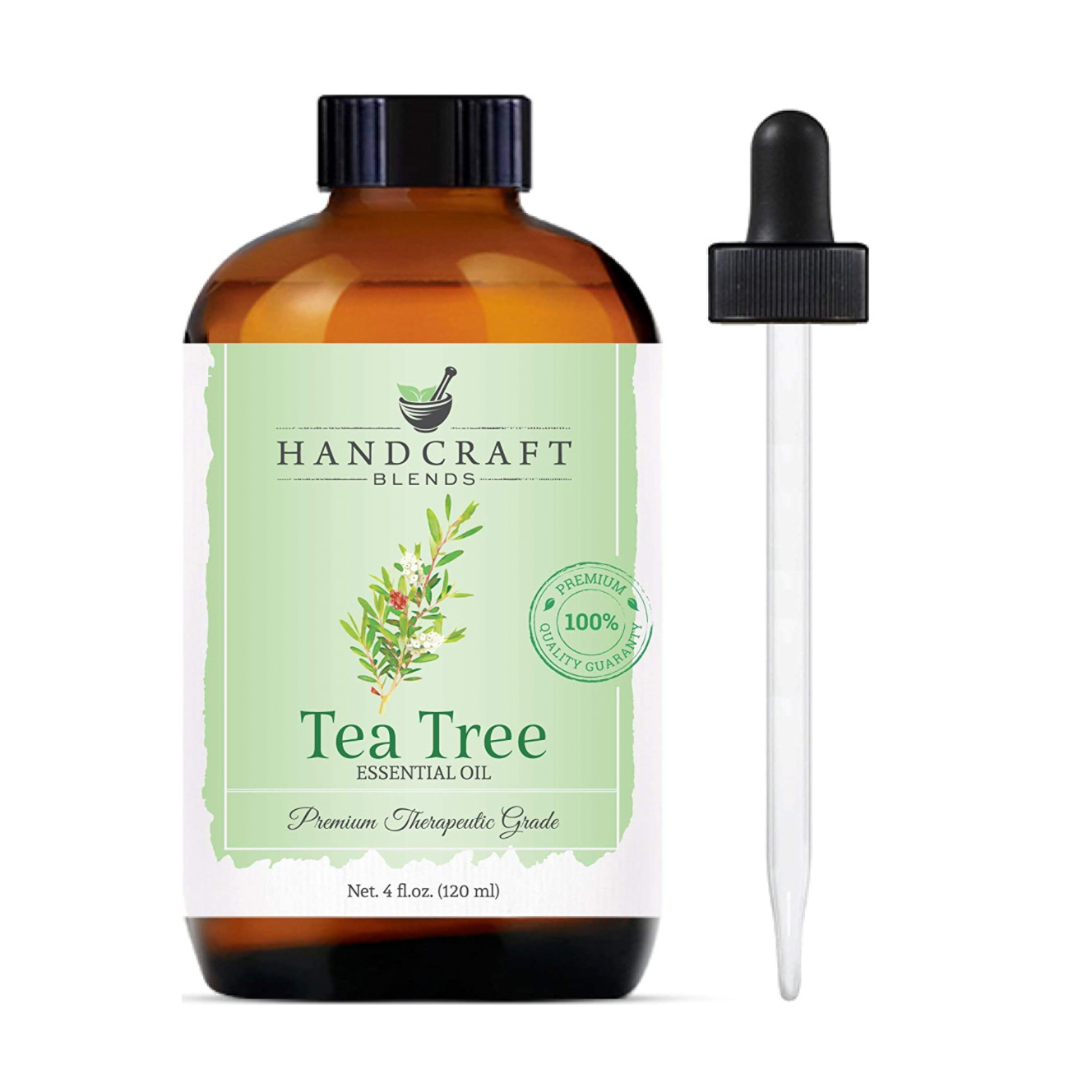 5. I spend more time on my skincare routine.

Codye L., 32, says anxiety-induced skin-picking has been “an obsessive, negative habit” for most of her life. “My most consuming habits are picking my cuticles, chewing on the inside of my cheeks, and squeezing blackheads, whiteheads, or anything with pus,” she says. While she’s still working on breaking her cuticle-picking and cheek-biting habits, Codye says that being more intentional in her skincare routine has helped her to keep her hands off her face.

“I’ve struggled to manage cystic hormonal acne for over 15 years and only recently found something that made a difference, thus boosting my motivation to take better care of my skin,” she says. Codye started taking Flo PMS gummy vitamins and noticed her acne started to clear up. “With cystic acne out of sight and more out of mind, I was able to focus on a skincare regimen: cleanser, toner, essence, serum, eye cream, moisturizer, and oil,” she says, explaining how using these products more intentionally helped her better understand how to care for her skin.

6. I stopped thinking about my skin as something that needed fixing.

Jennifer Li, 25, says her skin is prone to post-inflammatory hyperpigmentation. “So even if I don’t pick at my skin, I’m probably going to get dark marks,” Li explains. “It was very frustrating when I was younger, and I’d pick at my face until I was all red and swollen,” she adds. “Seeing pimples ignites this deep need to pick at my skin.”

However, Li has discovered a few products—like K-beauty-originated mugwort masks—that help decrease inflammation and pain. The main thing that has made the biggest difference in her picking habits, though, is a change of mindset. “I stopped looking at my skin like it was my enemy that I needed to beat into submission,” she says. “Looking at my skin like it was something that needed to be well-loved and nurtured really helped me learn to see acne as something natural and normal as opposed to something that I have to fix.” 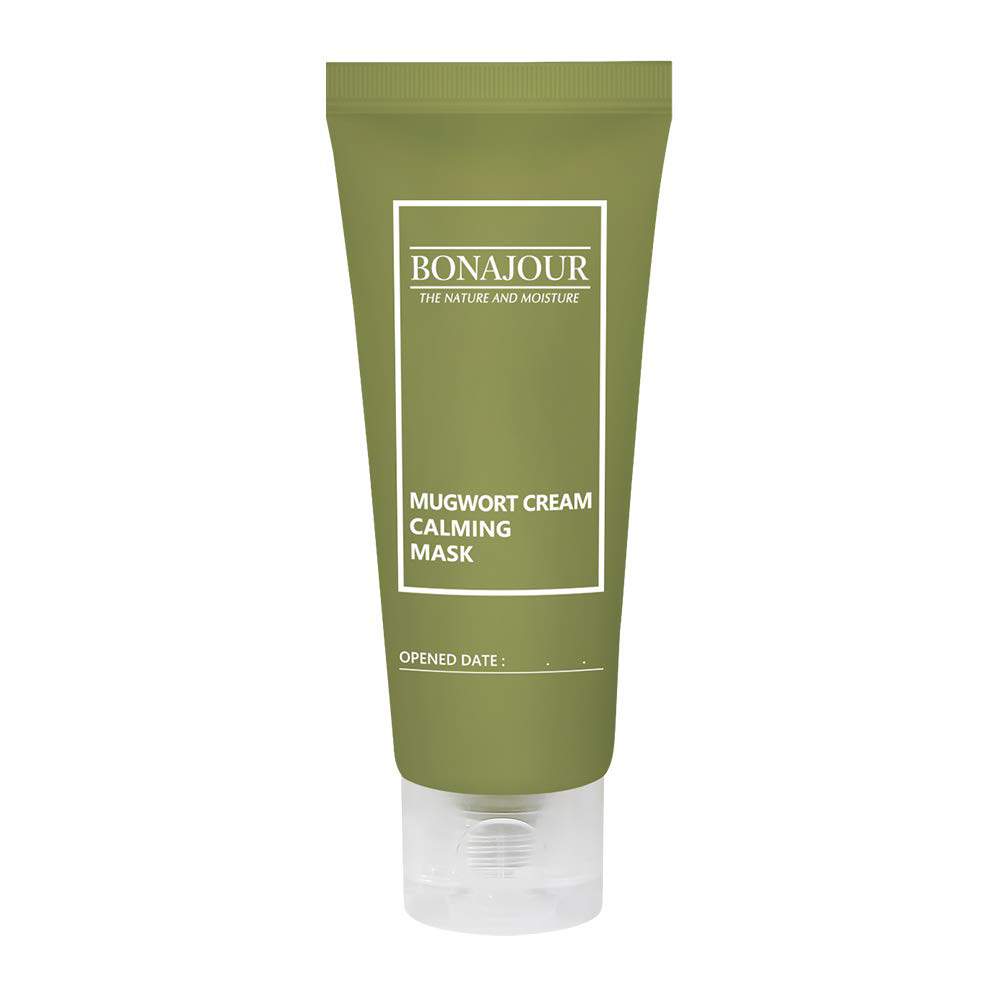 Maggie Curry, 24, says her skin-picking cycle starts when her face starts to feel oily and itchy. She’ll scrape, scratch, or pick at her face, which then makes her breakouts worse. In turn, it increases her urge to pick. Curry accidentally stumbled upon a trick that helped her put an end to her skin-picking habit. “I worked in a cold office, and one day, I didn’t take my gloves off. Every time my hand touched my face I was much more aware of it than I normally would be,” she says, explaining that the gloves were scratchy. “Then, the next day my skin was clearer, and I knew that wearing gloves would be an easy way to try to break a habit.”

As Curry’s been working from home, she doesn’t wear the gloves as often, but instead she holds her reusable water bottle in her hands when not typing. “It keeps my hands busy, and I’m more likely to lift my hand to take a drink than to scratch,” she says. Since she’s noticed being dehydrated usually causes her skin to feel itchier, this trick works in multiple ways to reduce her urge to pick. “It’s like I hijacked the muscle memory in my arm to replace a bad habit with a good one.”